NEWS: Miata from Louisiana flood rescue video will be restored for free 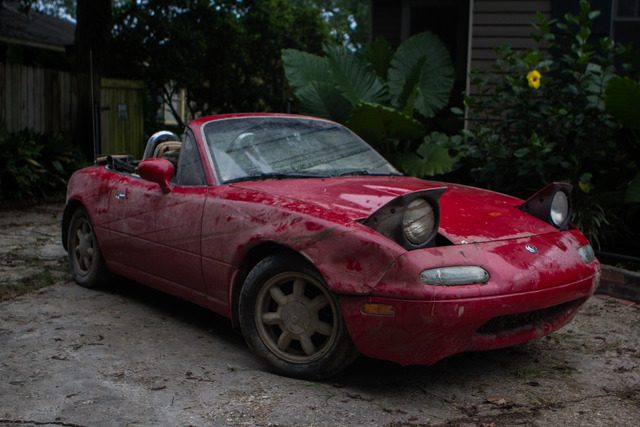 In a heartwarming story of generosity, heroism, and what love for a car can accomplish, a Miata seemingly ruined in the recent Louisiana flood will be brought back to life by enthusiasts.

Both Tokyo and Baton Rouge have seen some biblical-level flooding this week. In a video that has gone viral in the last few days, a crew of good citizens on a boat approach a sinking Miata caught in the floodwaters just moments before it goes under. As they arrive at the car, it’s clear that a woman is trapped inside, unable to get out.

After attempts at breaking the window fail, the rescuers have no choice but to slice open the top. Once a hole is created, water pours in, pushing the Miata further beneath the surface. One of the men, David Phung, jumps into the water, tears the top the rest of the way open, and pulls the driver out just as she’s submerged completely.

Then, it’s revealed that there was another occupant. “Get my dog. Get my dog,”  the woman implores, but the car has been completely underwater for several seconds now and is getting further from the boat. “She might be gone,” one of the crew says. Just then, Phung dives under for a moment and comes back up with the little white pup in his arms. It’s a harrowing rescue that unfolds all under the span of two minutes. 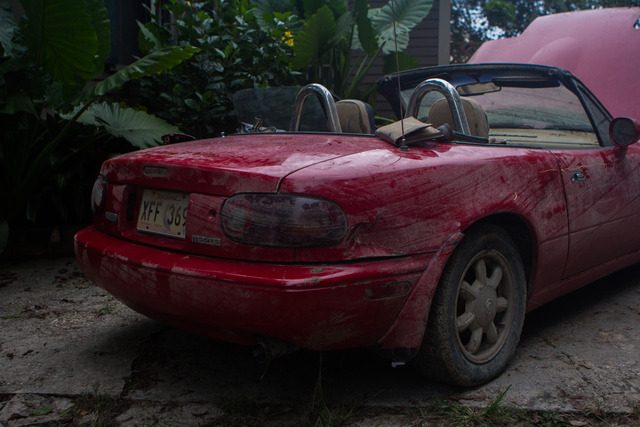 The woman and the dog were saved, it seemed that the Miata was lost. That is, until a Baton Rouge resident and Miata enthusiast Ethan Castille saw the video and put out a message on Facebook asking if anyone knew who it belonged to.

“Within about 5 min I was in touch with the owners,” Castille said on ClubRoadster, in which he announced that he would restore the car for free. “The family lost everything including all their cars so… this is perfect for me to help.”

It turns out that the driver of the car was the girlfriend of the owner’s father. That may explain why she was unfamiliar with how to open the convertible top mechanism. The actual owner, Lee Dronet, was described by Castille as a fellow Miata enthusiast. 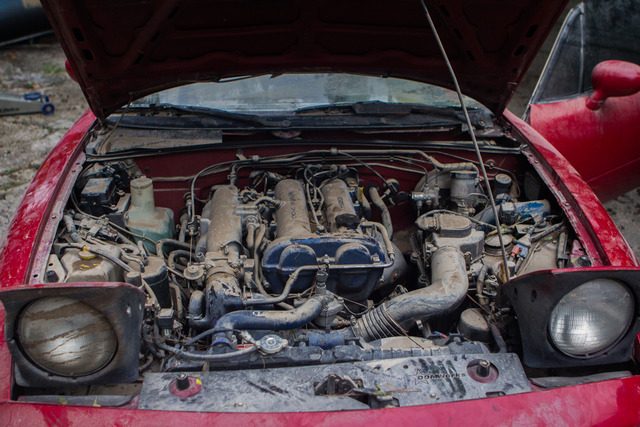 The Miata was towed to Castille’s house and he has already begun taking it apart to gauge the extent of the damage and clean it. It looks pretty bad. The car was submerged under water for who knows how long, and is caked with mud on, behind and under every conceivable surface. All the electrical components, including harnesses, are toast. Even the dent in the quarter panel from when the rescuers’ boat hit the car at the beginning of the video is there.

It’s a lot of work ahead, but the good news is that after posting it on ClubRoadster, Castille has received a lot of attention with the Miata community pitching with parts, advice, elbow grease, and moral support. 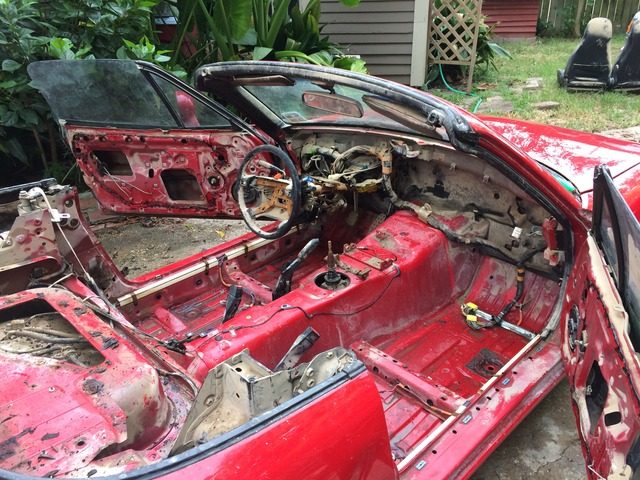 The Miata itself is a 1993 NA. There is absolutely nothing unique about this particular year, color, and model combination and there are thousands more like it. They’re pretty affordable, too. It seems illogical to spend the amount of time and effort required to bring this one back from the dead when it could easily be replaced by simply buying another one.

However, the one thing Castille’s act of generosity does prove is just how beloved the Miata is. There aren’t many cars that could inspire and bring together a community in the wake of a such a disaster. It’s a testament to a great car and great owners. For those who would like to help, Castille has started a GoFundMe campaign for the restoration.

9 Responses to NEWS: Miata from Louisiana flood rescue video will be restored for free