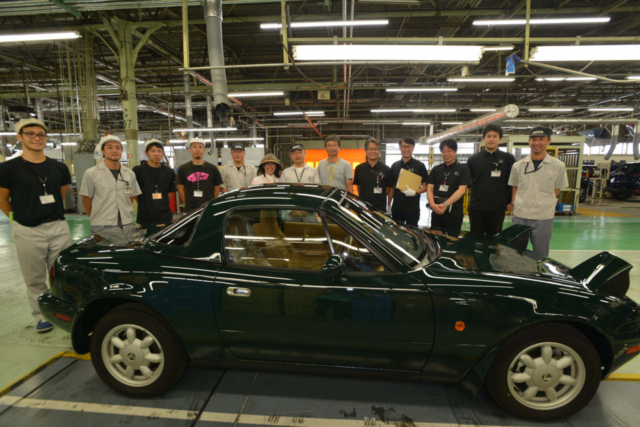 Mazda has completed its first factory restoration of a Eunos Roadster. The program was launched in August 2017 to help owners get their beloved NAs back to new condition, as well as to manufacture discontinued parts for the first-gen Roadster. To celebrate the completion of the first job, Mazda invited the owner to one of its restoration facilities to hand over the keys. 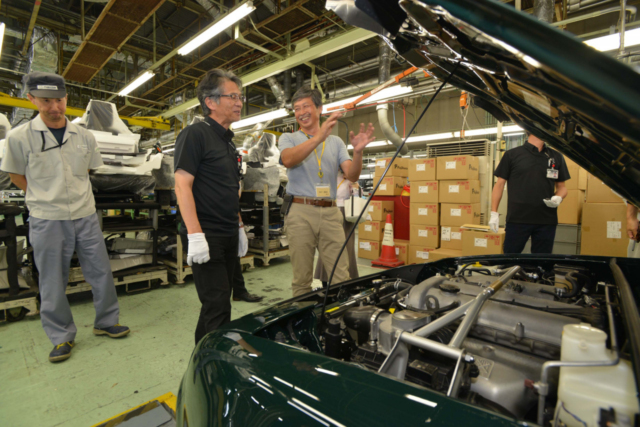 By the end of 2017 Mazda had already received over 600 applications from eager Roadster owners. Work on the first job began in in June 2018 and was finished in August, but Mazda announced its completion on September 12. 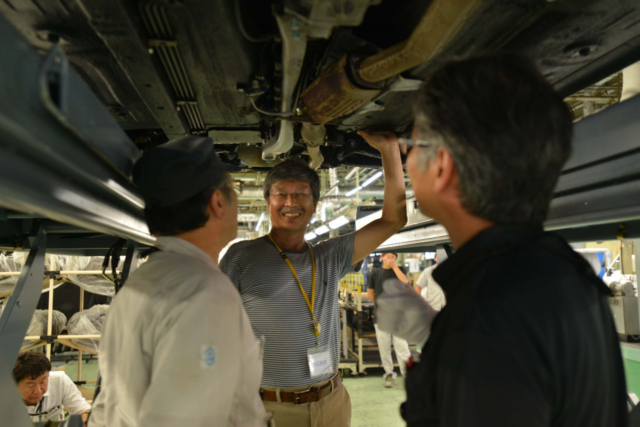 The lucky owner was a retired tomato farmer, Keiji Nishimoto (above, center) and his wife Norimi from Onomichi, Hiroshima. Nishimoto told Mazda he had already been meaning to restore his 1992 V Special, a limited edition in BRG over tan with a Nardi shifter and steering wheel, when he saw Mazda’s announcement in the newspaper and applied. 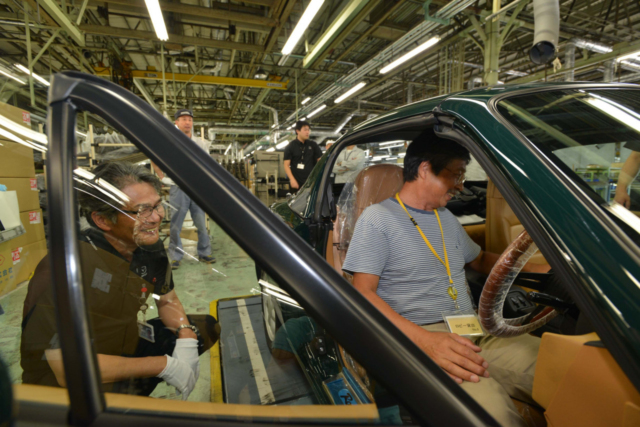 Nishimoto said he was quite surprised that he was chosen to be first. He bought the car new 26 years ago, telling Mazda that in driving it all over Japan with his wife, “I made the best memories I’ve ever had.” 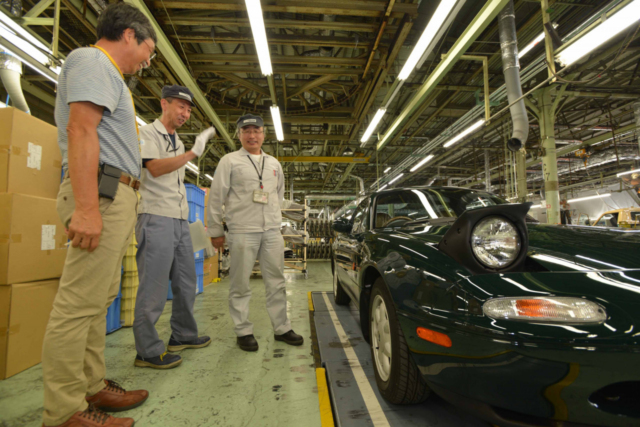 The team took Nishimoto for a tour of the facility and gave him a walkthrough of his car. When asked what his plans for it were, Nishimoto replied, “I plan to drive it for another 25 years.”