NEWS: Japanese Royal Family to get new parade car, Nissan out of the running 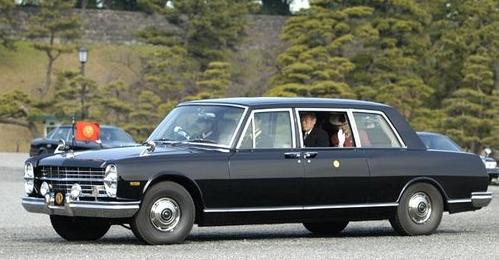 The Japanese royal family is about to choose a new car. That’s a big deal, since they haven’t had a fresh whip since about 2006, when Toyota delivered four specially modified Century limousines to the Imperial household. The new car will also be the first open-top car, to be used in parades and special ceremonies, that the royals have received since 1990. News of the their search came out just hours before news of Carlos Ghosn’s arrest broke. That immediately put Nissan out of the running. 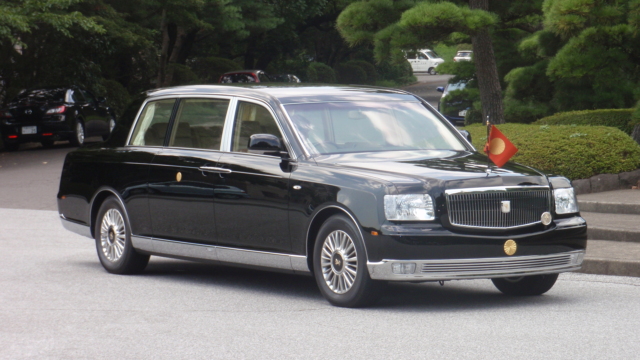 For daily use, the family will still ride in the four Toyota Century Royals they acquired in 2006. These 8-seat limousines are quite a bit longer than your run-of-the-mill Toyota flagship. One is a standard car, two have been modified to withstand ballistic attacks, and one is a sleeper car. Inside, they are decorated with washi paper, natural wood, and wool. The window frames have been modified for better visibility (and likely to accommodate bulletproof glass).

Prior to the Centurys, the Emperor and Empress rolled around in a fleet of seven Nissan Prince Royal limousines, which served dutifully from 1967 to 2004. They were so old, in fact, that they still retained “Prince” in the name because development began under Prince Motors before it merged with Nissan. 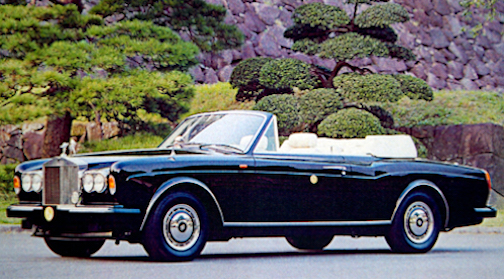 It may surprise you to know that the royal family’s current parade car, driven on special occasions when the royals are seen by the people, is a Rolls Royce. Purchased in 1990 at ¥40 million, it has only been used twice — once on November 12, 1990 and during the marriage procession of the crown prince in 1993 — and taxpayers have been none too happy with such a lavish expenditure that barely gets used.

Since then, the car has pretty much sat, and now the Imperial Household Agency has deemed it unsafe for road use. They also concluded that repairs to get it fully operational would likely cost more than simply buying a new car.

When the news about the new parade car selection was broadcast on the morning of November 19, most assumed that Toyota and Nissan would be the two main contenders. The government was already in talks with both companies. By the end of the day, Nissan chairman Carlos Ghosn had been detained by agents from the Tokyo District Prosecutor’s Office for alleged financial crimes. The following day, a senior government official told Jiji News, “Nissan’s options are gone.” 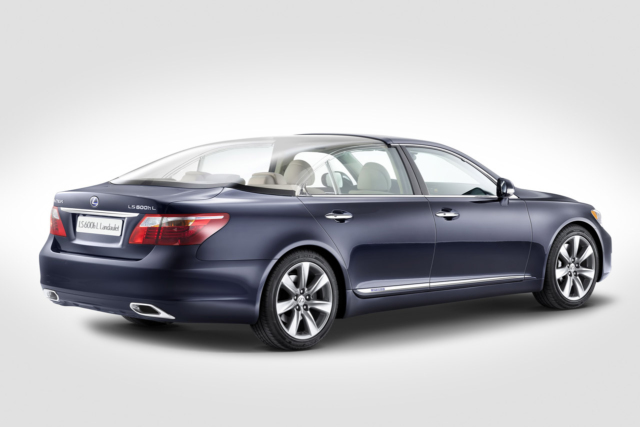 Not that the royal family would ask us, but JNC‘s pick is the Lexus LS 600h L Landaulet, built for Prince Albert II of Monaco for his royal wedding in 2011. Now we know it’s a bit old, but hear us out.

Firstly, it’s still newer than most of the royal fleet. Plus, it’s old enough that it doesn’t have the Predator grille new Lexuses are festooned with, so it’s classy. The long-wheelbase sedan features a removable clear polycarbonate roof that offers great visibility when it’s on or off, making it an ideal parade car. You wouldn’t want a drenched monarch if one of Japan’s summer rain showers breaks out in the middle of a scheduled procession, right? 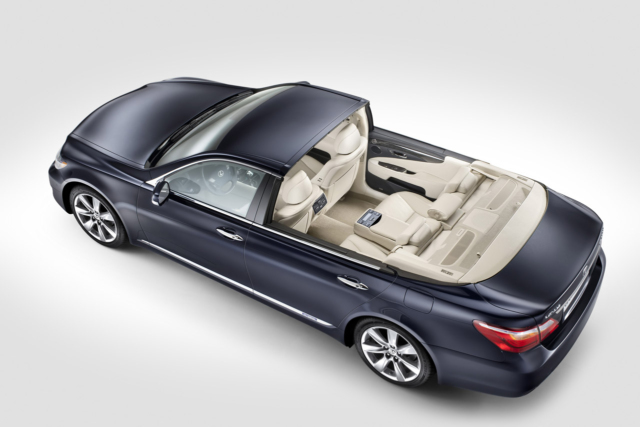 All the modeling has been done already so you save the R&D costs, potentially millions of taxpayer yen. The taxpayer savings continue with each mile driven too, because it’s a hybrid. Even more importantly, though, it’s a Lexus, so you know it’ll run just fine even if you neglect it for years. And it just looks cool. Or, if not, you can always go full bosozoku.

Anyway, there’s some time. The new droptop will make its premiere on October 22, 2019 when Crown Prince Naruhito takes the crown at the sokuirei seiden no gi, a coronation ceremony. The current Emperor, Akihito, announced in 2017 that he would abdicate the throne next year.

7 Responses to NEWS: Japanese Royal Family to get new parade car, Nissan out of the running