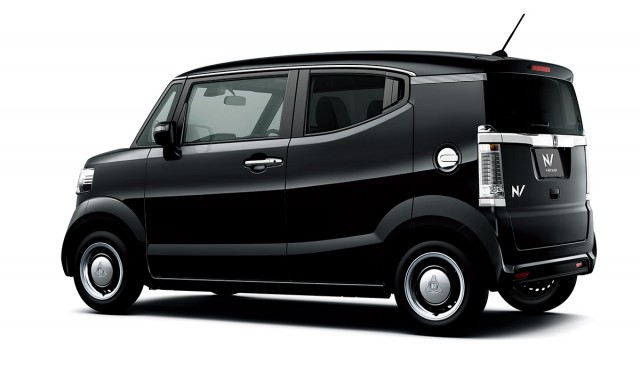 Look on the back of Honda‘s latest JDM-only kei jidosha and you’ll see “N/” — the letter N and a forward slash. Apparently the way to pronounce that is N-Box Slash. This is the fifth offering in Honda’s revived N-Series and the second retro-styled car in the series. The first was the Honda N-One, which drew inspiration from and existing car, the 1967 N360. The N-Box Slash is more closely related to the Nissan Pike cars, which take design cues from classic cars without referencing them outright. 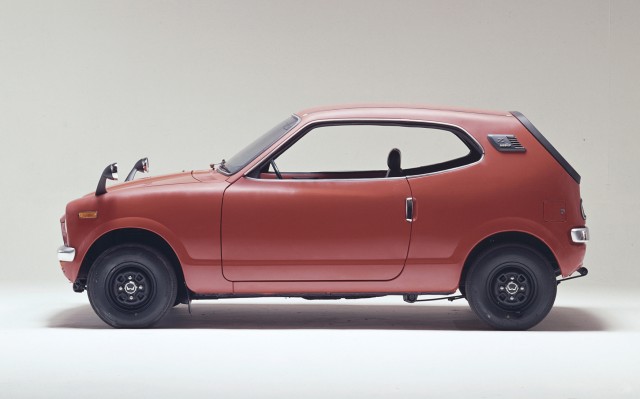 Perhaps the one element that most closely resembles an older car is its C-pillar, which seems to be shaped vaguely like that of the Honda Z600. The rest of the retro is found in elements like chrome fuel filler cap, 510-esque C-pillar trim, and brightwork rather than simple black around the windows. 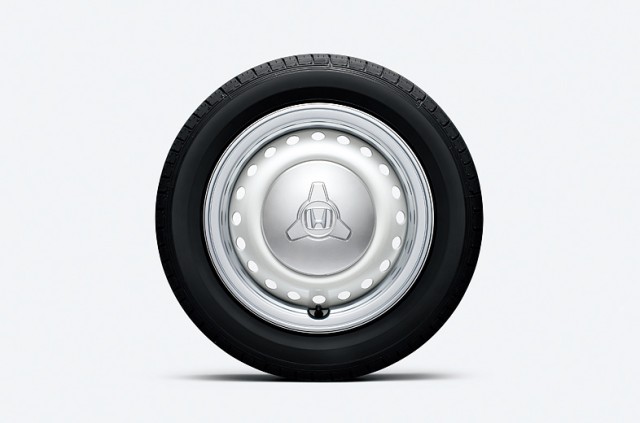 Even the wheels are made to resemble an old steelie, painted in either white or black, with a beauty ring, dog dish hubcap, and a knockoff spinner bas relief in the center.

Inside, the buyer can choose multiple themes for the cabin. These are the actual names for the cabin motifs: California Diner (red and white two-tone with checkerboard stripe), Street Rod (all black), Bright Rod (all white), Hawaii Glide (turquoise and cream), and Tennessee Session (stitched leather and wood paneling). 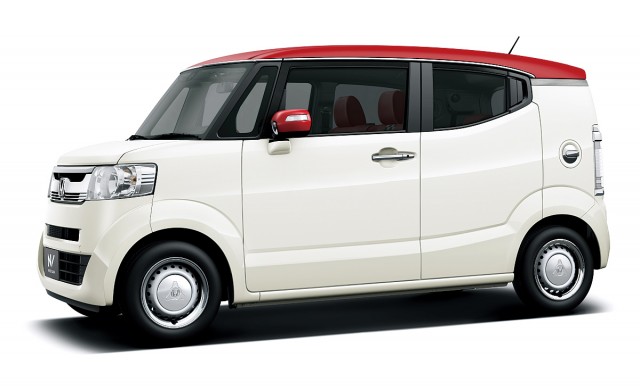 Specs weren’t revealed, but since it’s based on the same platform as the N-One (as well as the N-Box, N-Box+, and N-Wgn), it’s likely to be powered by the same kei-class mandated 660cc, 63hp turbocharged 3-cylinder as the others. A variety of bright colors, including two-tones, will be available. The Honda N-Box Slash goes on sale in Japan on December 22.

permalink.
This post is filed under: News and
tagged: honda, kei, N-Box Slash.