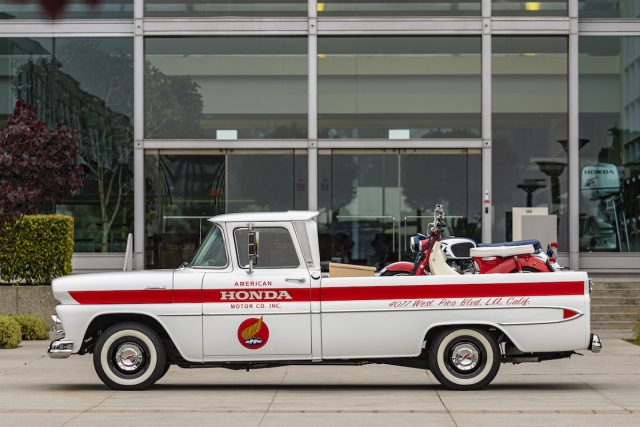 It is an extremely rare event for us at JNC to feature a non-Japanese car. Even more rare is when an automaker spends its hard-earned money to restore a car made by one of its competitors. But that’s exactly what Honda has done with this 1961 Chevy Apache pickup to celebrate its 60th anniversary. 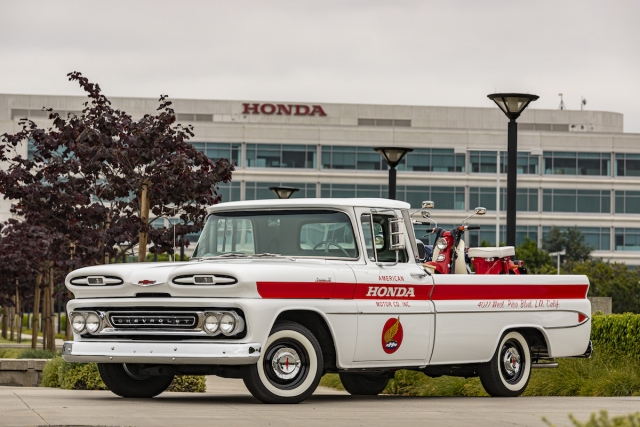 Honda established its US sales arm in 1959 as a purveyor of motorcycles. This was several years before the company would produce its first car, and it needed a way to deliver the bikes to dealers in southern California. The most efficient and cost effective solution at the time was to purchase a small fleet of locally produced pickups, which included a 1961 Chevy Apache 10. 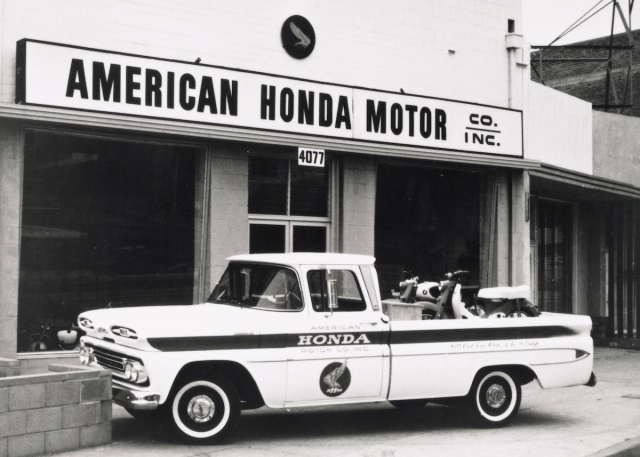 To celebrate the 60th anniversary of American Honda, the company wanted to recreate a scene from one of its earliest archival photos. That picture depicted said Apache parked in front of American Honda’s first headquarters, located on 4077 Pico Boulevard in Los Angeles, California (today, that location is an acupuncture clinic). 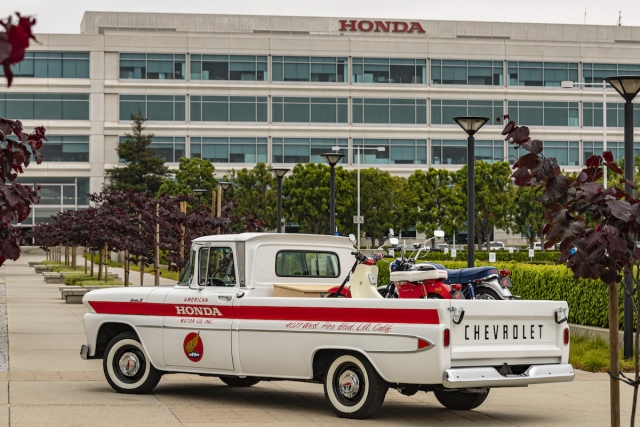 “We only had a single black and white photo,” Honda spokesperson Brad Nelson told JNC. “We had to get color experts to help us determine exactly what paint the truck would’ve had.” Nelson helped secure the Apache, which he found in on the east coast. He bought it sight unseen after talking with the seller over the phone and seeing detailed photos. 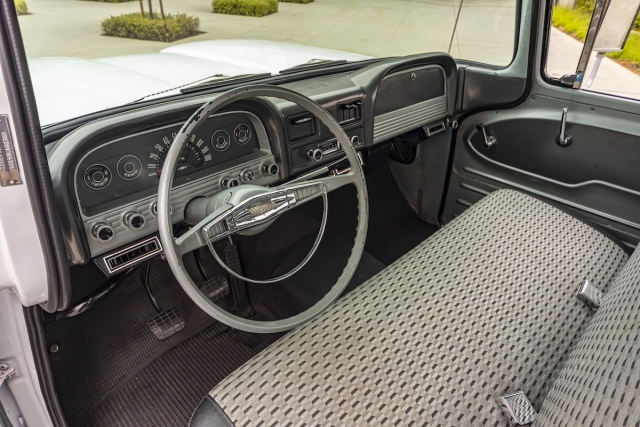 The time between when the project was approved and when they needed the truck by, given the repaint and minor restoration that it required, was brief. During that window Nelson could find only two Apaches matching the one in the archival photo in the entire country, so he pulled the trigger and had it shipped to California. 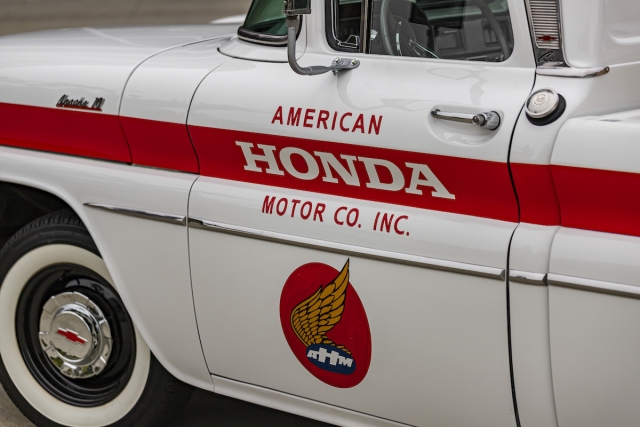 Upon arrival in California, the truck was repainted in white with a red stripe, Honda’s classic colorway. The doors were given the classic Honda motorcycle wing logo, and the bedside was painted with the old headquarters address. 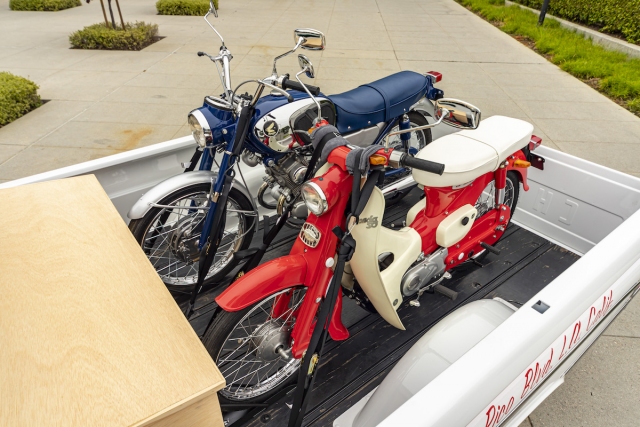 The archival photo isn’t simply of the delivery truck itself. It’s also fulfilling its purpose with two new bikes in the bed, a Honda CB160 sport bike and a Honda 50 (aka Super Cub), the best-selling vehicle largely responsible for making Honda the success it is today. Naturally, Honda has included these now-classic two-wheelers as well. 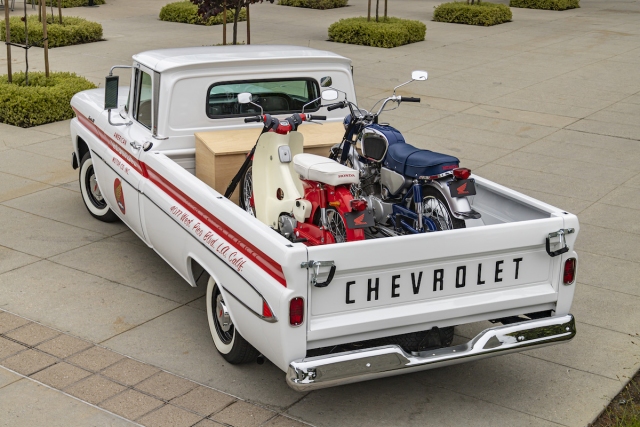 From these humble beginnings, Honda has in 60 years grown its US presence to include 12 factories and 31,000 employees. Eventually, of course, it even began to sell cars in America too. Upon revealing the restored truck, Honda even some good-natured fun, tweeting, “Thanks @Chevrolet for helping us get our start in America!”

permalink.
This post is filed under: Uncategorized and
tagged: chevy, honda, motorcycles.