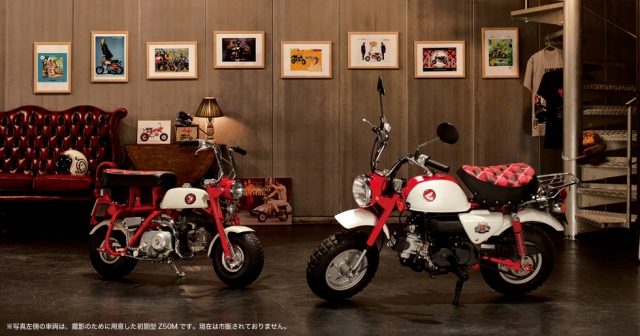 It is with great sadness that we report the Honda Monkey will cease production by the end of this summer. Honda has announced that at the end of August 2017, the 50cc minibike will finish its 50-year run. Before it goes, though, Honda is releasing a 50th anniversary special edition. 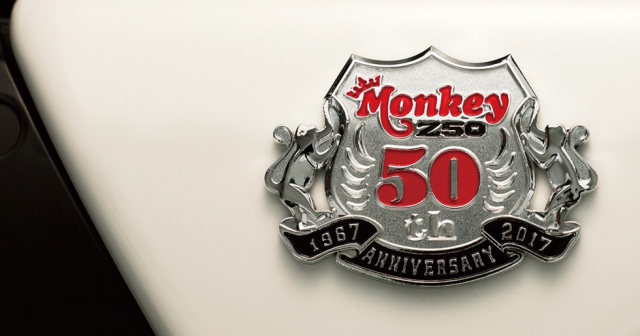 Honda Motorcycle president Chiaki Kato said that the reason for discontinuing the Monkey was new emissions rules in Japan, about equivalent to the Euro 4 standard (which went into effect in Europe in 2005) and very difficult for small-displacement engines to pass. Kato-san added that even if they were to engineer the motor to compliance, stricter laws will go into effect in Japan in 2021. As such, it was decided that it would be best to end now. “As it is a milestone of 50 years,” Kato-san said, “we will end production and sales tearfully.”

permalink.
This post is filed under: Motorcycles and
tagged: honda, Mini-Trail, monkey, z50.

7 Responses to NEWS: Honda Monkey celebrates 50th anniversary, to be discontinued in August