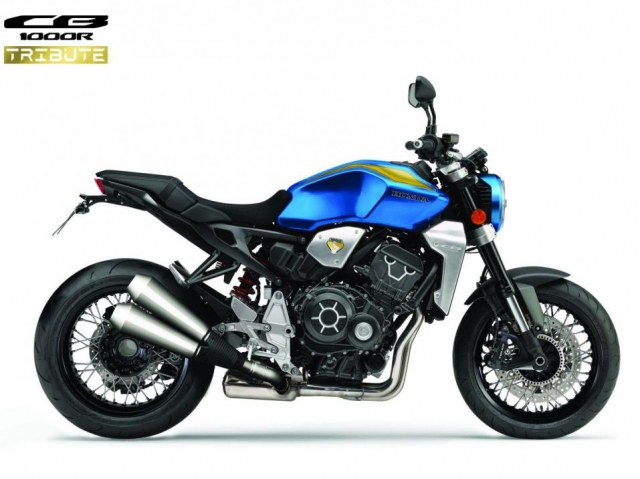 In 1969, the Honda CB750 revolutionized the motorcycle game. With an overhead cam, inline-four engine and front disc brake, it offered to the masses what was then only available on specialty racing two-wheelers. It was widely considered the world’s first superbike, and to celebrate that debut, Honda Italy has created a one-off homage to the influential machine. 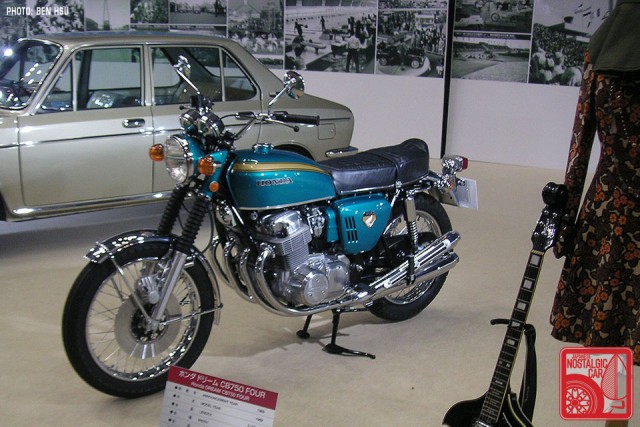 The Honda CB750 was so popular that it was built mostly unchanged from its intro in 1969 up until 2003. In 2007, Honda even brought back a limited run for the Japanese market only.

The Honda CB1000R Tribute is based on the CB750’s modern equivalent, the four-cylinder CB1000R. The changes are mostly retro design cues, such as the iconic blue and gold paint job and old school “HONDA” serif font instead of the wing logo. There’s also a “1000” badge on the side plate designed in the vein of the old “750” emblem. Hardware-wise, the Tribute is mostly stock, but sports a Y-shaped exhaust pipe and thin-spoked wheels in deference to the original.

Honda Italy plans to show the CB1000R Tribute at the upcoming Roma Motordays motorcycle show, and says that one lucky contest winner will go home with the bike.