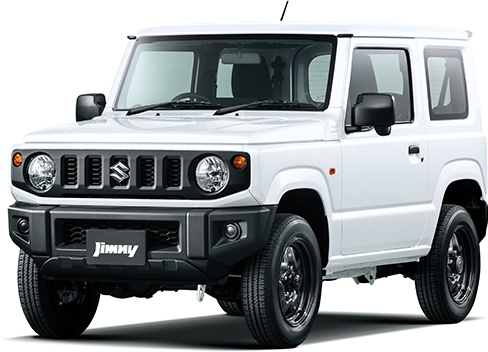 Suzuki has finally released official images of the fourth-generation Suzuki Jimny, the first update to the mini-SUV in 20 years. They confirm much of what we’ve already seen from spy shots, that the trucklet sports charmingly retro design and real off-roader bones. Now we know a bit more about the specs, so our North American readers can gaze longingly at it with the knowledge we won’t get it on our shores.

The images come from a new Suzuki Jimny mini-site where buyers can pre-register for purchase when it becomes available in July. There’s a brief history on the SUV, starting with the original 1970 model. “The Jimny series continues to be loved all over the world as a small authentic four-wheel drive vehicle that is unprecedented worldwide,” the site says. Indeed!

That’s because it is one of the few real SUVs that is still being produced, and the only one of its size. Most true body-on-frame rigs are gigantic — Toyota Land Cruiser and 4Runner, Nissan Patrol/Armada — and most so-called compact SUVs are actually car-based crossovers that are unibody in construction. 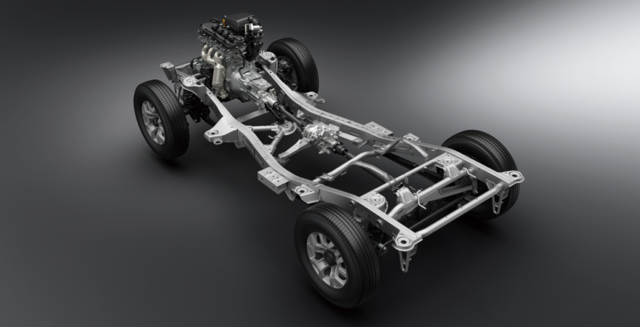 The Suzuki Jimny, however, maintains its rugged old school architecture, with a stout ladder frame that has more cross-members than a Toyota Tundra and appears to be fully boxed (rather than the cheaper C-beams found in many much-larger trucks), and features a genuine 4WD system with low range, and solid front and rear axles. 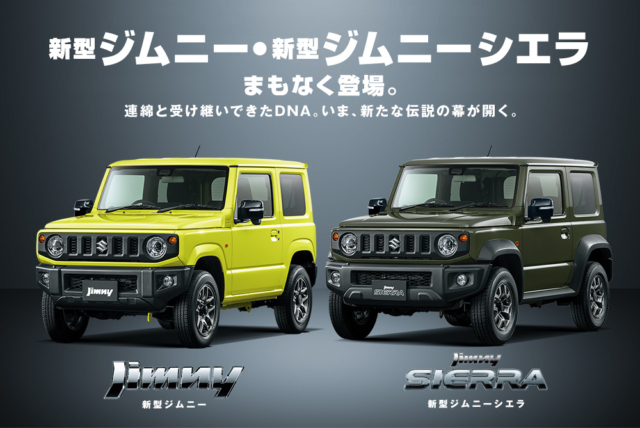 The Jimny comes with two drivetrain options. The base model is still small enough to fit within the Japanese government’s stringent kei-car specifications, and as such is powered by a 660cc turbocharged 3-cylinder. The Jimny Sierra comes with a 1.5-liter inline-four, and because the displacement puts it out of the kei class, it can wear wider fender flares and wheels.

The exterior has a number of throwback design cues, including a vertical slit grille, round headlights (now multi-reflector halogens), two small lines on either side of the cowl hinting at the hood vents of the second-gen, low-mounted taillights, and the an uber-boxy profile.

Inside, a 3-spoke round-center steering wheel, dual pod square bezels for the gauges, and passenger grab handle evoke the dashboard of the second-gen. A 5-speed manual or 4-speed automatic is available for all trim levels.

A number of two-tone options are available on the more colorful versions. Oddly, the only contrasting roof color is black (the FJ40 Land Cruisers had white roofs because it kept the rig cool in desert climates). Kinetic Yellow is the only color available with either a black roof or a black roof and hood.

We are big fans of the lower-grade steelies, especially on the non-flared kei version. Although, we’d probably put functionality over aesthetics and opt for a Sierra just for the extra power and torque.

To promote the new model, Suzuki is asking owners to send in photos of their existing Jimnys. Each entry will be placed into a lottery with the potential to win one of three mini-Jimnys, what appears to be a 1:43-scale diecast model, a plastic pullback model, or a diecast model of the first-generation Jimny.

Needless to say, we love this amazing little truck. It’s just too bad we’ll have to wait until 2043 to import one.

permalink.
This post is filed under: News and
tagged: jimny, minicars, suzuki.