Our friends at Kousoku Yuen magazine in Japan recently published their 50th volume. The bimonthly publication, whom some of you may know as NeoClassic, specializes in Japanese cars, but you’ll rarely see a 2000GT or Hakosuka GT-R on the cover. Instead, you’re more likely to find, say, a Toyota Mark II or a well-preserved Cedric taxi gracing the front. 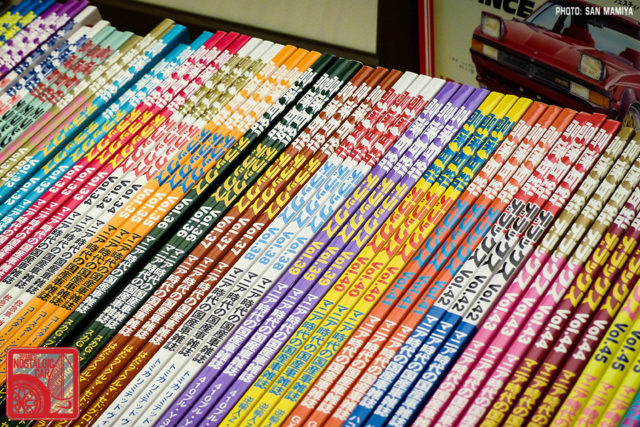 Kousoku Yuen is unique in the pantheon of Japanese magazines, because its focus is on cars off the beaten path, less famous siblings of celebrity models, and rare, obscure or forgotten cars. The sub-sub-culture and out-of-the-box tuning styles are the core of Kousoku Yuen. 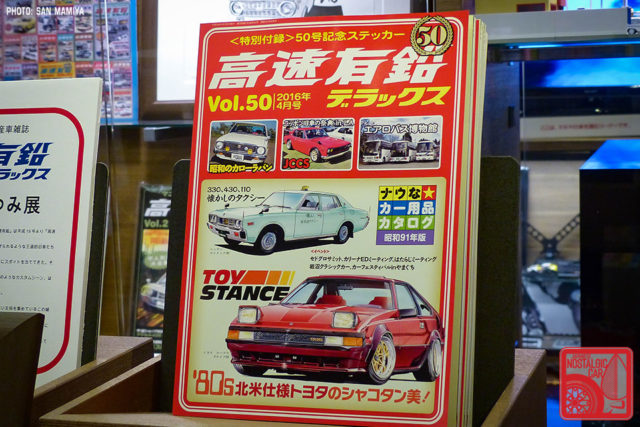 In fact, the magazine, which started in 2006, was pivotal in bringing a love for USDM Japanese cars to Japan. If you look in the 50th issue, you might even see some photographs taken at JCCS from familiar names like Dave Yuan, John Roper and Ben Hsu. 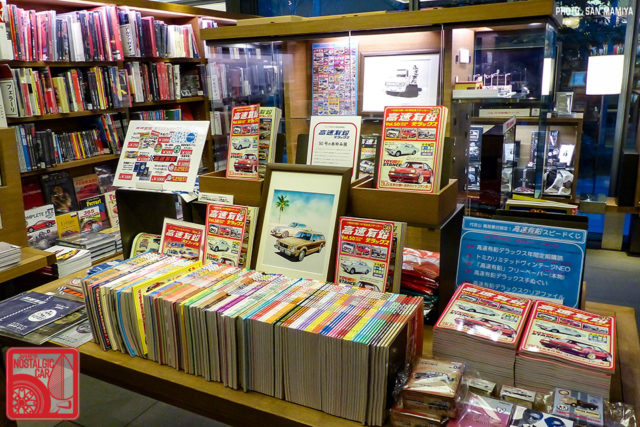 Recently, at the Daikanyama Tsutaya bookstore — where cars and coffee Tokyo is held — a special exhibit was held to honor the 50th issue, and what was on display consisted of much more than magazines. 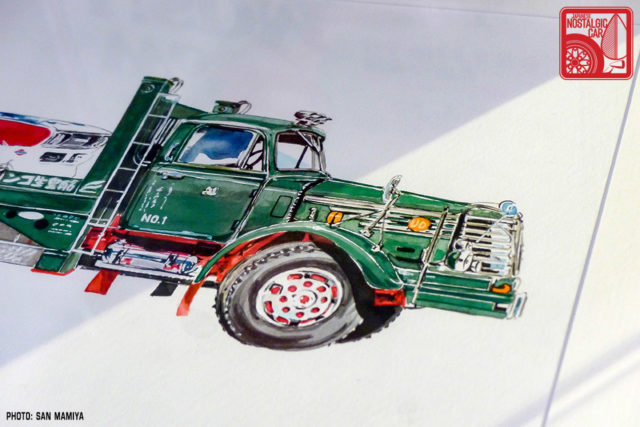 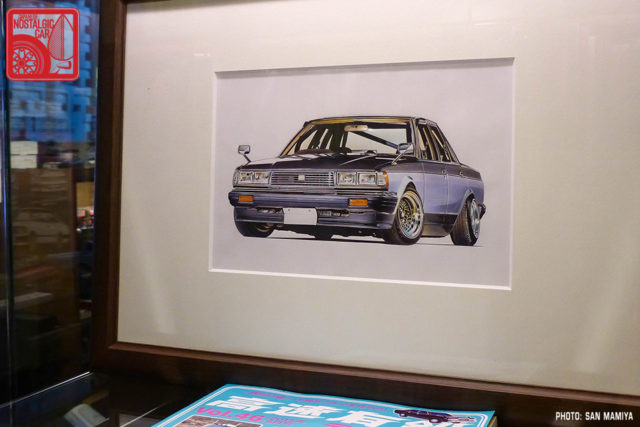 Example of Kousoku Yuen’s original cover art could be seen. Much of it was penned by Japanese illustrator Glory Akira. 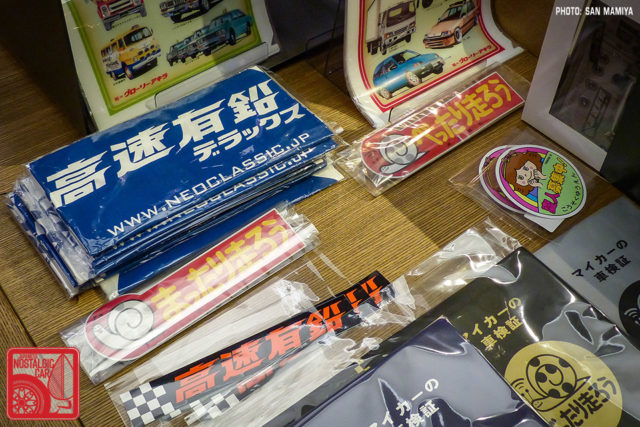 There was also a multitude of NeoClassic merchandise, including the company logo and mascot, a snail co-opted from an old Japanese traffic safety campaign. Originally, the snail cautioned drivers to “Go Slow” but the Kousoku Yuen‘s parody version says “Go Low.” 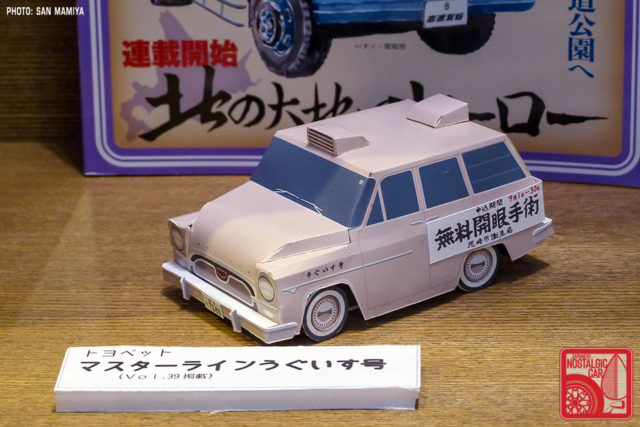 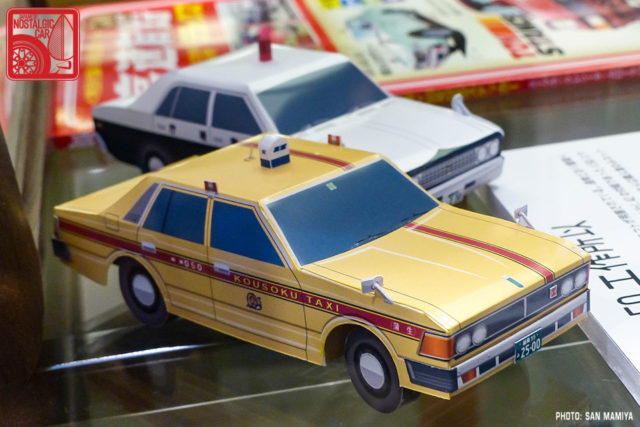 There were also completed examples of “Kousaku Yuen” papercraft, a Japanese tradition. These were created by Yoshiaki Hamada, a famous Japanese graphic designer, and included in each issue. 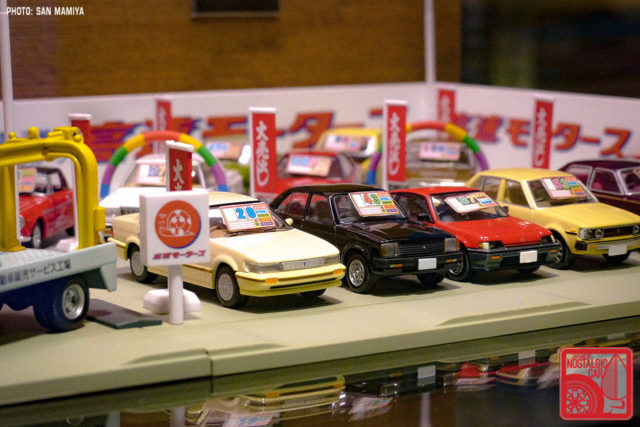 The magazine also has close ties to Tomytec, makers of the Tomica Limited Vintage series of classic cars. As you can see from this dealership set, the Kousoku Yuen logo makes an appearance on the sign. Many of the magazine’s cover cars eventually appear in 1:64 scale as well. 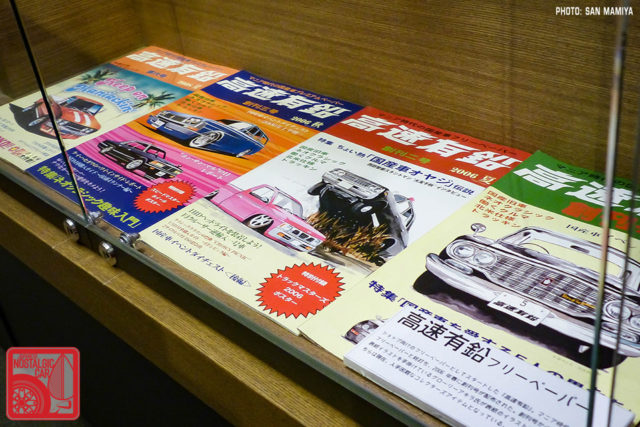 And last but not least, there were a few rare copies, for display only, of the original Kousoku Yuen zines, before the title was launched as a full-fledged magazine. We have had the pleasure of knowing the editors since they launched Volume 01, and as such would like to offer a heartfelt ometedou gozaimasu! to the team.