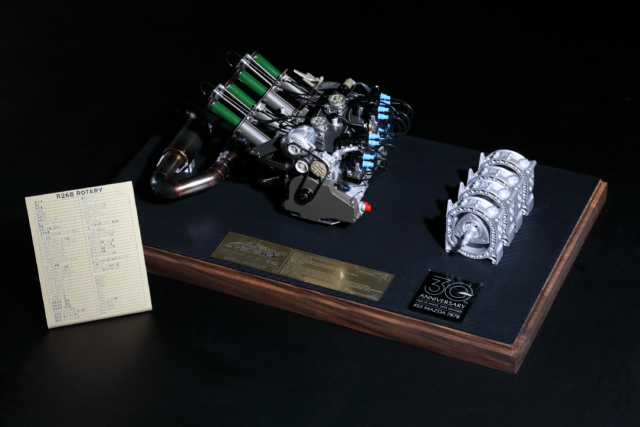 This year marked the 30th anniversary of Mazda’s historic win at the 1991 24 Hours of Le Mans. To commemorate the 787B race car’s victory, Mazda aftermarket parts company MZ Racing has developed a highly detailed 1:6 scale model of its quad-rotor engine. It’s a work of art, frankly, with intricacies that you’d be hard-pressed to find on any other 787B tribute. 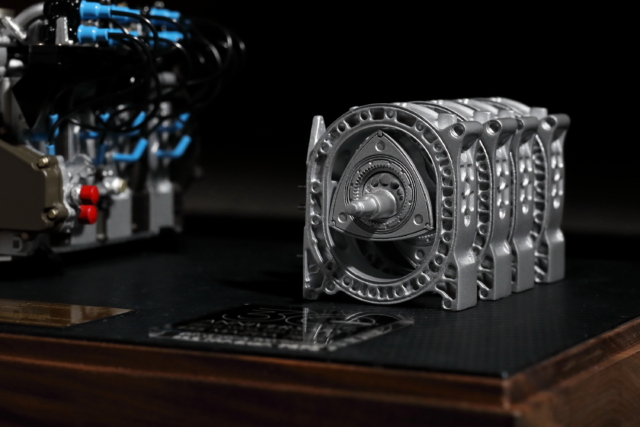 MZ Racing, which is run by  actually produced a similar model in 2018, but this one adds additional parts. For example, the eccentric shaft now connects the four rotors, each one set in its proper phase according to the position of the first one. 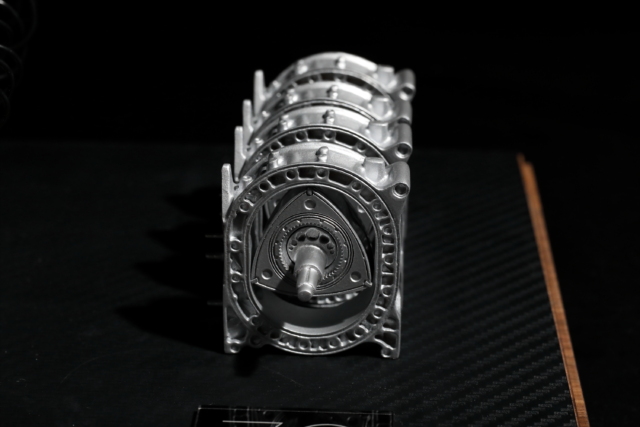 Each rotor housing also depicts the proper water jacket and intake peripheral port unique to the race engine. It even replicates the subtle difference in shape between the manifold and combustion chamber sides. 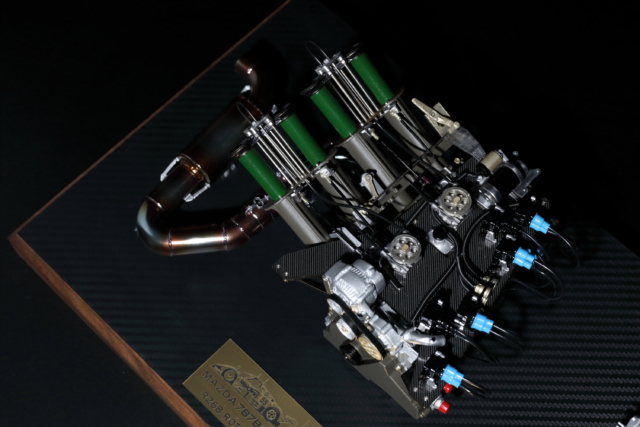 In the real car, the exhaust manifold and can’t be seen because it’s blocked by the pontoons and induction box. However, because this model was created by 3D scanning the actual R26B 4-rotor engine that Mazda kept as a spare, these parts have now been recreated. Even the spring strap connecting the manifold assembly and the exhaust pipe has been replicated. 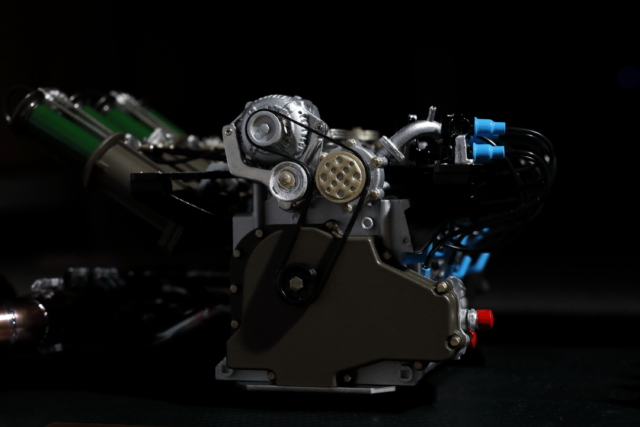 Each model is hand-built, assembled after molding and painting. The majority of the kit is made of resin and white metal, while the sparkplug wires and belt use actual rubber. The engines are manufactured by the fine craftsmen at Kusaka Engineering, which we have previously featured for their detailed RB26 inline-six models from the Skyline GT-R. 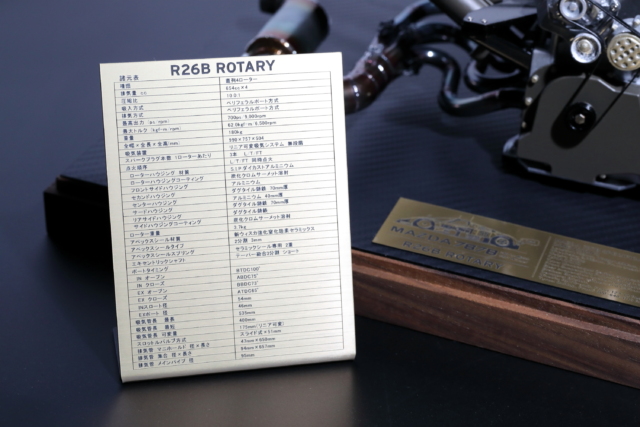 Each model comes a display stand, R26B spec panel, 787B spec plate, and a plaque with a message from Takayoshi Ohashi, the team director who oversaw Mazda’s Le Mans efforts for two decades. The model measures 15.7 inches long, 9.1 inches wide, and 5.5 inches tall. The total weight is about 6.6 pounds including the pedestal and acrylic case. 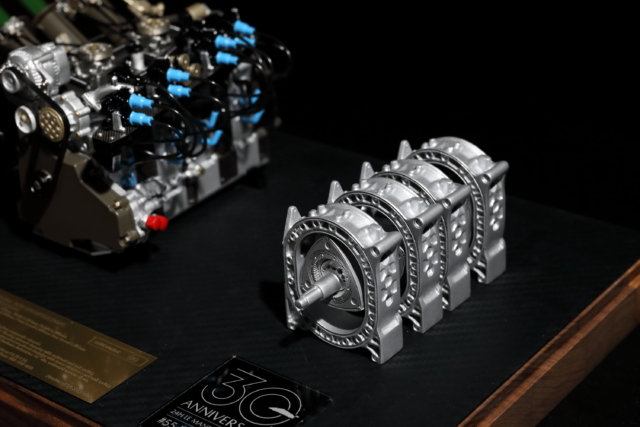 As you can imagine, these do not come cheap. One model will set you back  ¥179,300 ($1,580 USD). Unlike the 2018 model, this one has no production limit. MZ Racing will be accepting orders until December 10, 2021 with an expected shipping date of January 2022. And if this model isn’t enough, they have all sorts of other Mazda related goods celebrating the 30th anniversary of the Le Mans win, from phone cases to drink coasters.

permalink.
This post is filed under: minicars and
tagged: 24 Hours of Le Mans, 787b, mazda, rotary engine.