MOTORSPORT: Mr K and the rise of Nissan racing 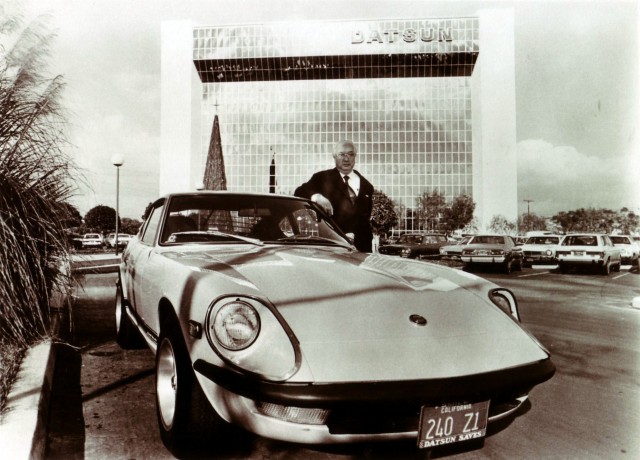 Yutaka Katayama, who passed away last month, was unlike most executives. There was more than just spreadsheets and sales statistics to him; he was a true motoring enthusiast. Although this is exactly the type of automotive executive enthusiasts in the outside world clamor for incessantly, he nevertheless had to prove himself continuously. 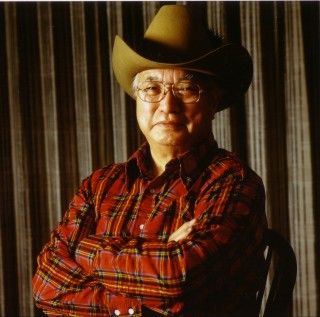 From his position in Nissan’s marketing department, Katayama was always an unconventional thinker. He often butted heads with more business-driven executives while he himself was motivated by his unbridled passion for the joy of driving. This lead to a number of unorthodox successes such as the creation of the Tokyo Motor Show.

However, it was the labor union wars of the 1950s that really broke the upper management camel’s back. Katayama was stridently opposed to the now-standard Japanese practice of company-formed unions, an under-the-table deal inked when the actual union and Nissan management couldn’t come to terms.

Things got so bad that Katayama almost quit the company, but as his last hurrah he decided to send a pair of Datsun 210s named Sakura-go and Fuji-go to the car-eating Around Australia Mobilgas Trial. This race was at the time the longest endurance race in the world, and frankly was an unfathomably difficult trek to make, much less in competition with other cars. 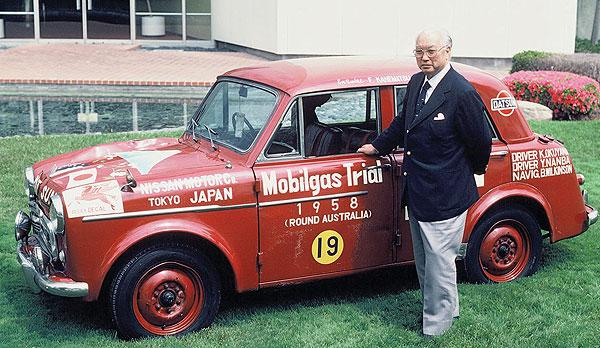 Against astronomical odds, the result was a overall class win by Fuji-go, Sakura-go placing 4th, and an absolutely massive marketing opportunity. The cars were celebrated as heroes in Japan and the wave of international attention garnered by Nissan meant that Katayama, in true Japanese fashion, could not leave the company.

As a result, Nissan’s top brass sent Katayama to Los Angeles to oversee the development of their North American West branch. His constant head-butting had gotten him exiled. He was given an advertising budget of $1,000 (roughly $7,724 today), so it was assumed that he would just fail and become a pariah. 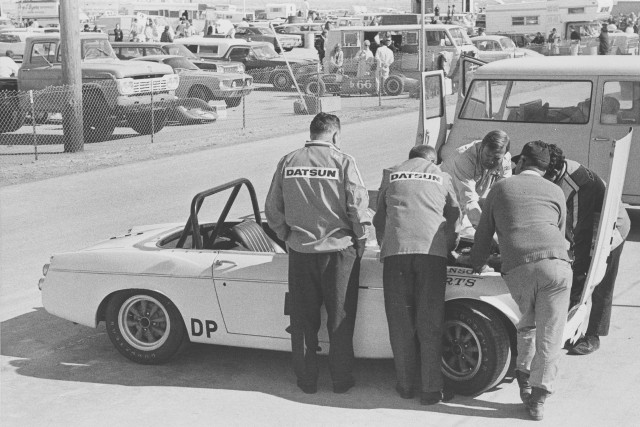 He convinced Datsun to import the Fairlady Roadster as the 1500, 1600 and 2000 Sports, but couldn’t directly fund a racing team. However, Katayama was by no means going to put motorsport aside with Datsun’s only viable asset being a sports car. To him, the logic was actually quite simple: he believed that grassroots racing efforts were worthy of supporting. As Mr K saw it, motorsports were the ultimate test drive and if privateer racers in a Datsun 2000 roadster won races without direct funding from Datsun themselves, then that spoke volumes more than if some corporate funded racers were breaking all of the records by throwing money at the sport.

So, with limited funds, Katayama encouraged Datsun employees who were into racing to go for it although he couldn’t fund them. This worked, kept Datsun above water through the 1960s, and allowed them to grow. 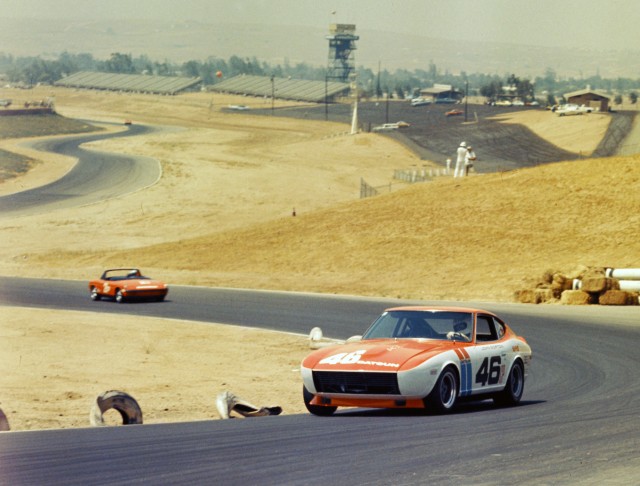 Now, the most prominent name in this chapter is BRE, Peter Brock’s racing enterprise with its famous red and blue on white livery. Prior to the 1968 racing season, Brock was racing for Hino which had a short lived consumer automobile division in America. Unfortunately, due to some terribly bad luck involving the passing of Hino’s president, Toyota taking control of the company and disbanding their race program, Hino was forced to pull out of America.

BRE needed another car to race, and originally it looked as if Toyota was going to supply him with a fleet of 2000GTs. However, at the last minute Toyota and Carroll Shelby snaked the deal from Brock. That was very unfortunate for Brock, who was living on a prayer. It was almost time for the 1968 SCCA season to begin, and without a car to campaign he was dead in the water. 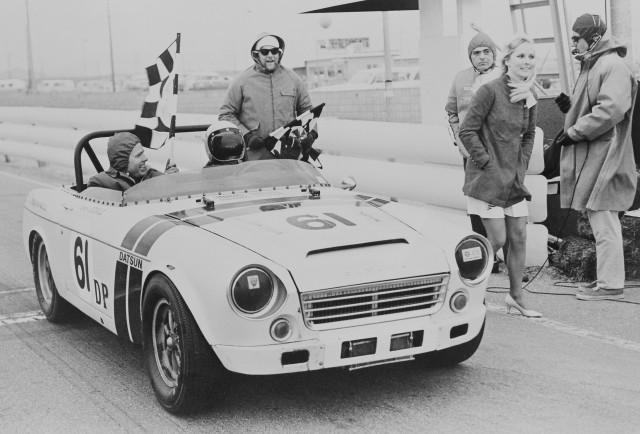 With nowhere else to turn, Brock called his old Hino manager to ask for some insight. Luckily for Brock, this  had gone to school with the president of Nissan in Tokyo and had arranged funding directly from the corporate suits who had given Mr K the boot. Not long after, a shoestring budget and two Datsun 2000 roadsters arrived at BRE’s doorstep, unbeknownst to Katayama, with the entire deal going over his head.

BRE won their first race with the Datsuns, and news made it’s way to Mr K very quickly. He, like Brock was ecstatic that they had beaten Toyota’s 2000GT supercar with a Datsun roadster. Despite his surprise that they had been given direct funding from Tokyo, Mr K. immediately embraced them. He directed Datsun’s whole marketing campaign to highlighting BRE’s wins and sales began to come in almost overnight. 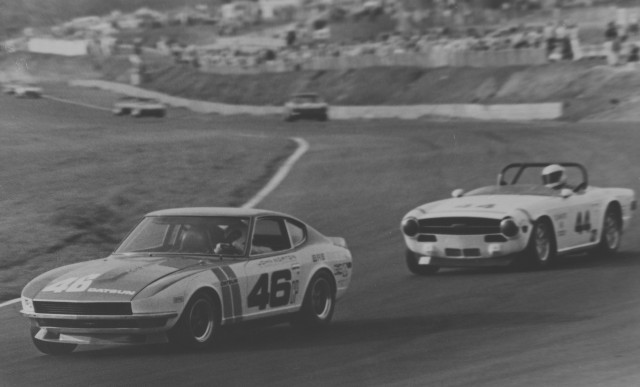 The sales success got Nissan finally listening to Katayama, and within a year he had secured the import of the new 510 models to America and managed to talk the management to supplying larger engines to America.

Also, when Datsun replaced the Fairlady roadster with the Fairlady Z, Katayama convinced headquarters to equip it with a proper 2.4L inline-six under the hood for the power that Americans demanded. Finally, he made sure it didn’t arrive with the dainty “Fairlady” name and branded it the 240Z, all the while making sure it was available at a price that everyone could afford. To drive the arrival of this new sports car home to immediate success, he made absolutely certain that BRE would have first dibs on the cars to get it on the track as soon as possible. This new car worked very well on the track, and when looking at records from the era, you’d think the BRE Datsuns were competing in a one-team series. 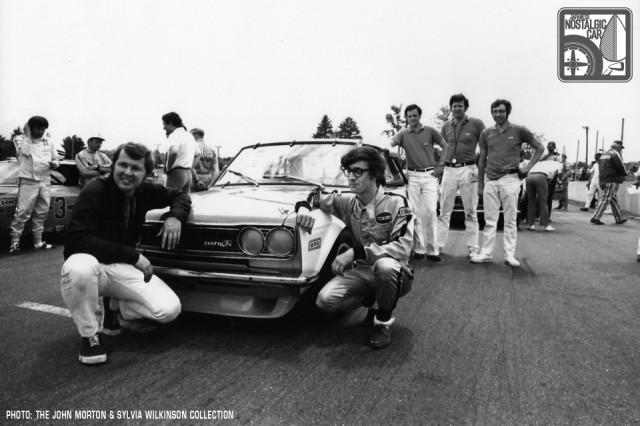 As soon as the 2.5 TransAm series was announced, Katayama jumped on the opportunity, going through great lengths to fund BRE’s program based around the 510. Mr K even went so far as to procure some Datsun Bluebird SSS heads just for the BRE 510 engines, which became their secret weapon, capable of an unbelievable 170 hp. That, combined with the nimble characteristics of the 510 chassis, BRE absolutely dominated the class. Two consecutive class wins were attained, even after Alfa Romeo’s cheating episode with an oversized gas tank. Unfortunately, they won too well because everyone else dropped out of the series, possibly the only time in history that Alfa Romeo claiming that they couldn’t compete. 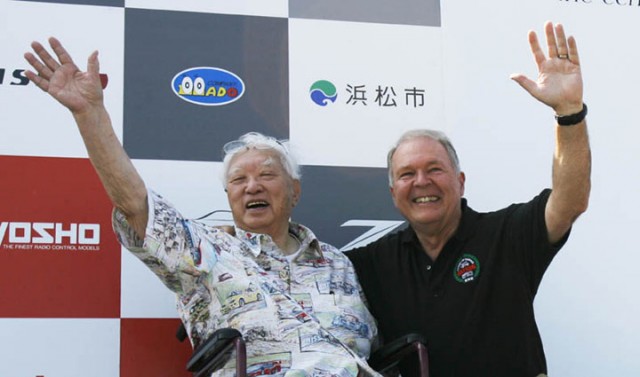 Week by week, following BRE’s stellar win records, Datsuns flew off the lots and onto the canyon roads of California and the race tracks of America. Through this era Mr K and Pete Brock became close friends and Mr K’s generosity was the source of their great success. The pair would go on to team up throughout the 70s, breaking records in nearly every form of motorsport and changing the automotive landscape of America forever.

In an alternate universe, had Mr. K. not been exiled to America the Japanese marques could have forever been seen as cheap lentilmatic econoboxes much like Daewoo is today. America, for its part, would have been stuck with Dodge Monacos and El Caminos forever. Every enthusiast in the world owes some gratitude to Yutaka Katayama and he will surely be missed. We’ve been lucky to have him for 105 years.

10 Responses to MOTORSPORT: Mr K and the rise of Nissan racing