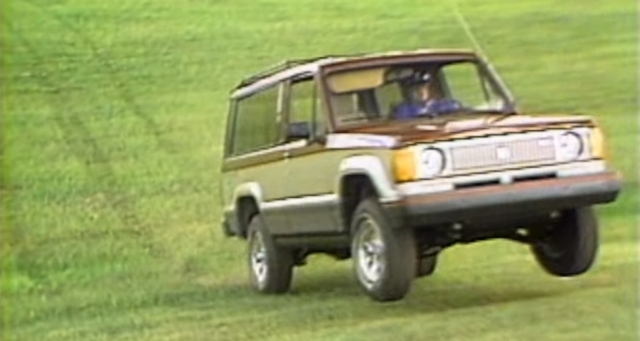 Isuzus that aren’t commercial trucks may be but a faint memory today, but back in 1986 the company seemed to be on a solid roll. They had just introduced a drastically improved Trooper SUV and an even more enhanced Impulse coupe — with turbo power. Both were good values, too. Who would’ve thought that in a little over two decades Isuzu would leave the US market altogether.

In this two-fer review by Motorweek, both the Trooper II and Impulse Turbo, both 1986 models, are given high marks (no pun intended). The SUV was hot off a “4×4 of the Year” award given by Petersen’s 4-Wheel & Off-Road magazine, an acknowledgement that Isuzu bragged about with a special dash badge.

Features that made the Trooper II weird and compromised in 1986 are today highly coveted quirks that add character — a 2-door body style, manual transmissions only, rear barn doors. Look at the way the rear armrest pops off to attach to the seatback, probably so  you can lay it flat to form a bed. With auto-locking front hubs and a part-time 4WD transfer case, it’s practically overland ready!

The 1986 Trooper II saw a slew of upgrades. The anemic 1.9-liter and 4-speed manual were replaced by a 2.3-liter four, making 96 horsepower and 123 lb-ft mated to a 5-speed stick. Plus, Isuzu introduced a new LS model featuring such decadence as 2-tone paint, a rear defroster, and carpeting. 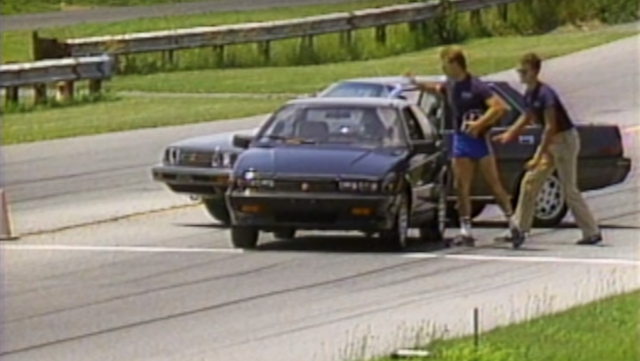 And if that wasn’t enough, Isuzu was also upping its coupe game with the new Impulse Turbo. The new 2.0-liter (air-to-air) intercooled four generated 140 horsepower, a 55 percent improvement over the naturally aspirated version, and 166 lb-ft of torque. That translated into a 0-60 time of 9.0 seconds. Also, props to Motorweek for sneaking a Mitsubishi Galant Σ into the background before the Impulse’s acceleration run. Talk about two cars you never see in the wild anymore.

Turbos were denoted by a front air dam and a leather interior option, but looked otherwise the same as non-turbos. Inside, an awesome digital dash had a more dazzling array of lights than a Christmas tree. Like many Japanese cars, it lacked stalks for things like the headlights, instead mounting a bunch of functions on a totally rad adjustable dash-mounted pod that Motorweek called an “oriental gimmick.” Seriously though, it looks like something that belongs on the Millennium Falcon.

Most importantly, the Impulse was a decent performer. Motorweek praised the Impulse’s respectable handling, smooth turbo transition, 4-wheel disc brakes, and responsive steering (even if the it was lacking in feel).

Yes, the outlook was bright for Isuzu, but by 2004 things were already looking bleak. Isuzu’s lineup consisted mostly of rebadged GM SUVs. By 2009 it was time to throw in the towel for the US market. It was a good run, even with Isuzu’s financial ups and downs, but at least we got a few interesting cars out of it.

permalink.
This post is filed under: Video and
tagged: impulse, isuzu, Motorweek, Trooper.