The Subaru GL-Turbo 3-door 4WD is a total unicorn 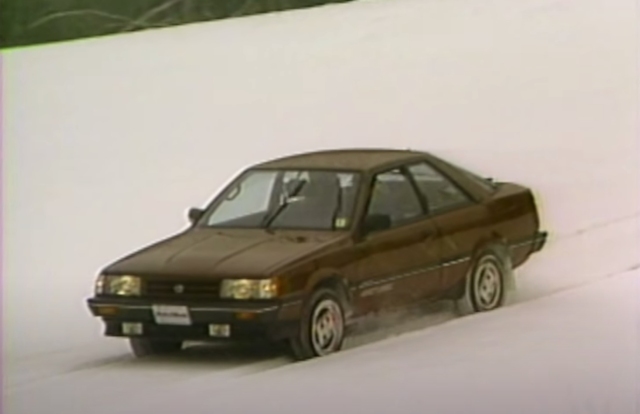 Talk about a unicorn. The Subaru 3-door was probably the rarest of all the US-market third-generation Leones, and was significant for being Fuji Heavy’s first sporty model offered in the US market. Despite this notable history, there remains precious little about these boxy boxers online, even in the modern internet age.

Luckily, Motorweek‘s 1986 review of a 4WD 3-door provides some information about this rare model. Though called the Leone in Japan, Subaru of America had so few offerings at the time that they saw no need to give it a model name. The cars were simply called Subaru, plus the DL or GL trim level, and whatever body style they happened to be.

Looking back on the entirety of third-gen Leones, wagons were the most common, followed by sedans, and the new-for-’86 3-door — not a hatchback — body style that is basically extinct. Oddly, it was sold alongside the actual hatchback and BRAT as carryovers from the second-generation.

The rattling off of specs in the video can be confusing, but here’s how the breakdown went. The front-wheel-drive DL and GL 3-doors (and most other Subarus of the era) came with the base EA71, an 82-horsepower OHV 1.6-liter carbureted flat four. Opt for an automatic and you got bumped up to the EA82, a 90-horsepower single-point fuel-injection 1.8-liter boxer.

Motorweek says that the car wasn’t intended to be sporty, but it seems clear that Subaru was attempting to give the top-spec GL- Turbo 4WD some performance cred. It came with the EA82T, a forced induction 110-horsepower multi-point fuel injection 1.8-liter boxer, and an exclusive chin spoiler. Motorweek‘s test car even had 4-wheel disc brakes and a limited-slip rear diff. Its 0-60 time landed at a decent 11.2 seconds, while fuel economy came out to 24 city, 29 highway mpg, with Motorweek achieving a combined 28 in testing.

Incredibly, Subaru offered quite a bit of technology for the time. The GL Turbo offered a manual height adjustable suspension for some impressive ground clearance, and manual-equipped models came with a hill holder function. A massive high-low gear lever protruded from the floor, and once 4WD was engaged a light illuminated on dash within an overhead outline of the car. Other conveniences included a position memory tilt steering wheel and a seat height adjustment lever that retracted when not in use.

Flush headlamps were a big deal in 1986, and contributed to the Leone’s angular but aerodynamic silhouette. Its geometric design was repeated in the cabin, with buttons on either side of the instrument pod, accordion shifter boot, and steering wheel spokes. Lastly, the expansive rear glass was swept by an enormous wiper arm.

The next year Subaru would add an RX trim level, equipped with a turbo and rally-bred suspension to presage the Impreza WRXes of the 90s. But whether the rare RX (only 2,600 were made during a 3-year production span) or not, Subaru 3-doors are extremely scarce. The review notes that Subaru’s customer satisfaction rating was second only to Mercedes, evidence that the company was already developing a devoted following. Hopefully some of those early fanatics have a few of these stashed away.

permalink.
This post is filed under: Video and
tagged: leone, Motorweek, subaru.