MOTORSPORT: Why Ayrton Senna is a Japanese hero 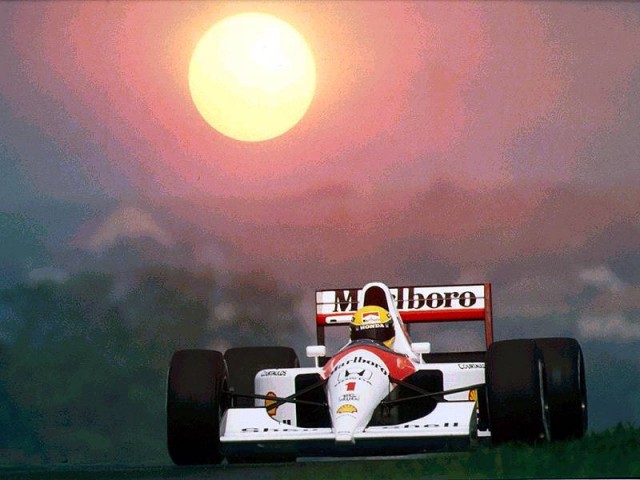 Today marks the 20th anniversary of Ayrton Senna‘s death at Imola. Not only was he one of the greatest racing drivers of all time, he was the first gaijin driver to be truly embraced by the Japanese. Here’s why. 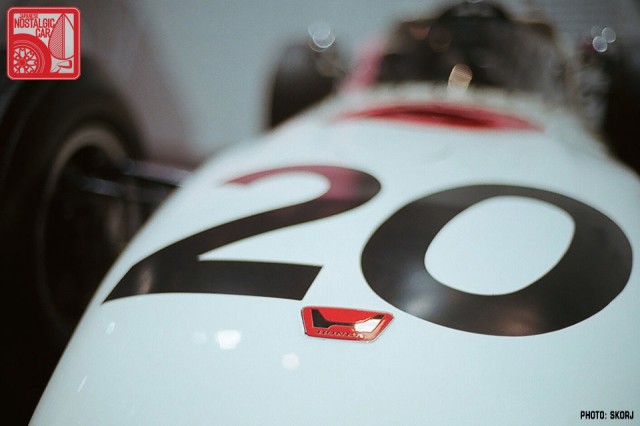 Honda is revered as the upstart Japanese manufacturer that took only two short years from dipping a toe into car building in 1962 to winning a Grand Prix in the big leagues of the world’s most competitive motorsport in 1965. But after the fiery death of driver Jo Schlesser in 1968 at Rouen-Les-Essarts, Honda withdrew from F1 for 15 years.

Honda’s love for building astounding motors never ceased though, and in 1983 returned to the sport. However, its comeback was small in capacity, as an engine supplier for Williams and Lotus, the latter of which Senna drove for. Japanese driver Satoru Nakajima brought Senna some Japanese attention when he joined the Lotus team, but Senna was never given the car he needed for true greatness. While the Lotus chassis was adequate, the engines truly sang, and as a result Senna and Honda developed a strong relationship that would lead to one of the most exciting ages of Formula One. 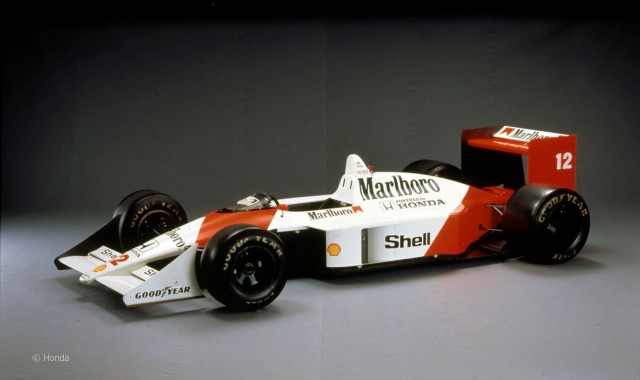 In 1988 McLaren inked a deal with Honda to create the legendary McLaren Honda team with Senna and his greatest rival, the first French F1 champion Alain Prost. And thus began the 1988-91 winning streak that came to be known as the Honda Era in motorsports. Distinguished by its characteristic red-on-white Marlboro livery, the team racked up 35 wins in four years, continuing the Powered by Honda victory run to six consecutive seasons.

Senna’s driving exploits are well documented elsewhere, so we’ll focus on his significance to Japan’s automotive world. His qualifying lap at the 1988 Monaco Grand Prix, though — an unthinkable 1.427 seconds ahead of arguably the second best driver at the time, Alain Prost — says all that needs to be said about his talent.

Senna’s dominance gave global prominence to Honda, and by extension other Japanese marques, as a force to be reckoned with. Japan was serious. This in turn awoke the forgotten past of Honda’s F1 heritage and its revolutionary foray into motorsport (bear in mind Honda was always considered an outsider amongst the rest of the Japanese automakers).

All this came on the heels of the Bubble Economy and led to a golden age of technology that spawned advances like double-wishbone Civics, VTEC, and the venerable NSX. Variable valve timing might seem commonplace today, but it was futuristic stuff back then and further cemented Japan’s position as a purveyor of breakthrough automotive science. 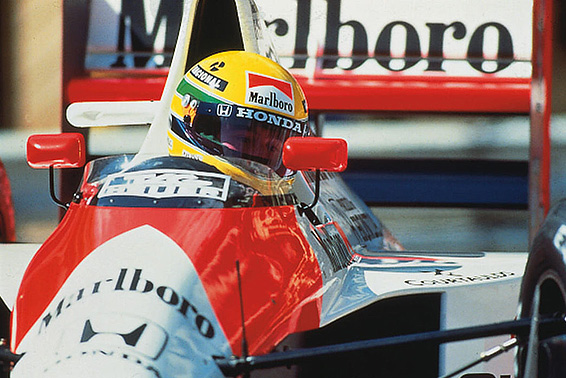 From a cultural perspective, Senna was the first non-Japanese sportsman the Japanese truly idolized, respected and admired. They embraced him as one of their own and no one has taken that place since.

While Senna served as a great ambassador for Honda in the rest of the world, he was also an ambassador of Formula One in Japan. He popularized the sport in Honda’s home country, was the first F1 driver to have a solid otaku following, and is the main reason why F1 remains incredibly popular in Japan to this day. Myriad Senna references can be found in Japanese manga and anime of his era.

Senna also brought great attention to Suzuka Circuit, which he loved very much. Both controversial races in his storied rivalry with Prost in which they fought for the championship took place on Suzuka.

Soichiro Honda himself was a great admirer and friend of Ayrton Senna too. And in return, Senna served as spokesman in many Japanese Honda commercials of the day. In addition to his unquestionable driving prowess and charismatic emissary role, Senna was a great sport and fearless competitor.

Senna and Prost’s most memorable clash took place in 1990 at Suzuka, the second-to-last race of the season. Senna had secured the pole, just 0.232 seconds ahead of Prost, who had by then moved onto the Ferrari team. Senna also lead in overall points for the season, with Prost close behind. However, a dispute with F1 sanctioning body president Jean-Marie Balestre resulted in Prost having the better starting grid position.

At the very first corner of the first lap of the race, just moments after the green flag had dropped, Senna plowed head first into Prost, sacrificing himself and his chance for a win by taking Prost out of the race. The crash, one of the boldest moves in F1 history, secured Senna’s drivers’ championship and also McLaren Honda’s constructors’ championship. With only one race left in the season Prost, even if he came in first, would not be able to surpass Senna in the points tally. 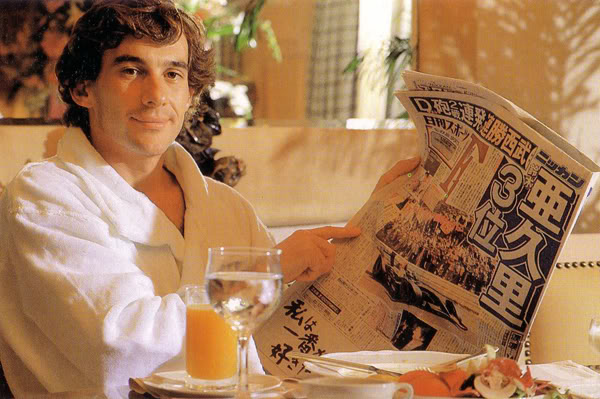 Senna had a sense of humor about the whole situation too. Although he spoke no Japanese outside of a few basic words, he posed reading a Japanese newspaper (as shown in the photo above) after the incident. Ironically, the front page story is about Japanese driver Aguri Suzuki’s third place finish.

As you embark on your third decade in the afterlife we bid you godspeed, Ayrton Senna. Godspeed.

10 Responses to MOTORSPORT: Why Ayrton Senna is a Japanese hero