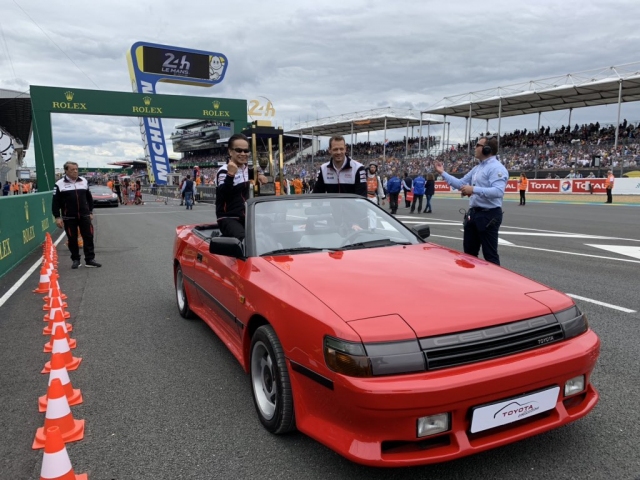 As is tradition before each year’s running of the 24 Hours of Le Mans, the previous year’s champion gets to do a little parade lap showing off the towering trophy they have. The prize then gets delivered to FIA officials so it can be passed on to the next winner. Of course, one must find the appropriate chariot for the presentation, and in Toyota’s case it was a 1987 Celica Cabrio. 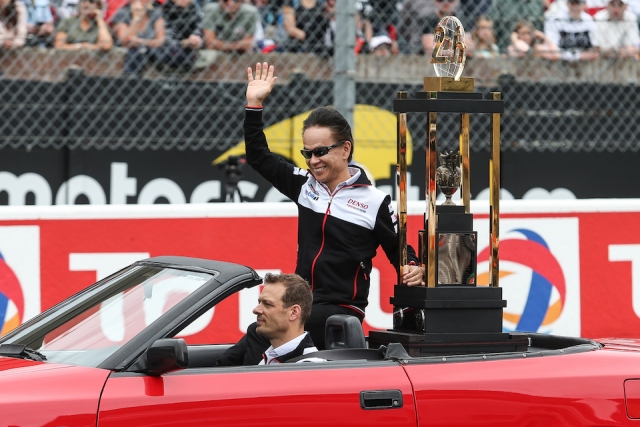 Accompanying the trophy was head of head of Gazoo Racing and modified A80 Supra owner Shigeki Tomoyama and factory driver Alex Wurz. The Celica is part of the Toyota Deutschland Collection, and made its way to the Circuit de la Sarthe just for this event. According to the collection, this particular car is a modified European-spec AT160 with 114 horsepower. 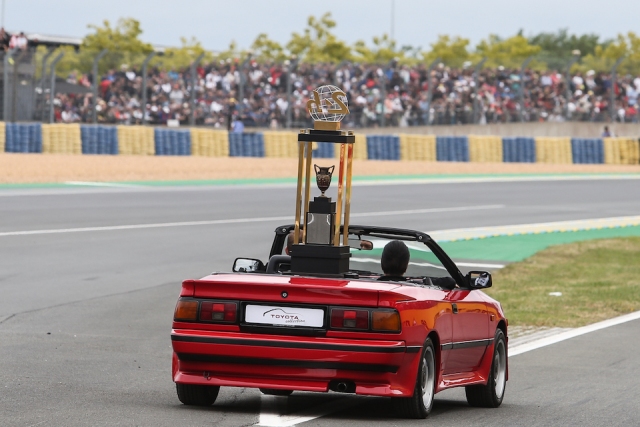 Due to the size of the trophy (and for general presentation visibility) an open top car was needed. According to Toyota Europe spokesperson Danny Chen, the team wanted to bring the convertible 2000GT made for the film You Only Live Twice but since that car doesn’t have a closing top, “the threat of rain scuppered the plans.” In any case, it’s a pretty slick ride for the trophy. Hopefully Toyota will win again this year so they can bring that 2000GT out in 2020. The 24 Hours of Le Mans is taking place this weekend.

permalink.
This post is filed under: motorsport and
tagged: celica, T160, toyota.