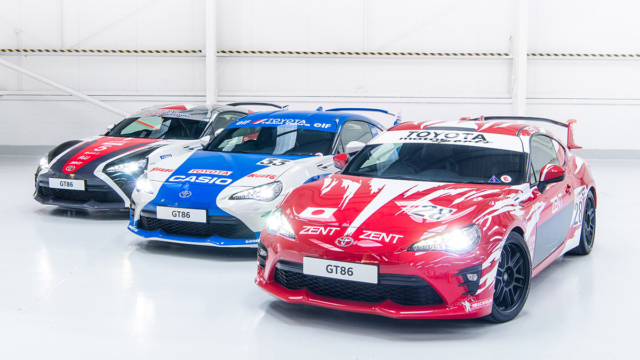 In preparation for the this year’s running of the 24 Hours of Le Mans, Toyota has decked out a trio of 86 sport coupes in the racing colors of former contenders. A win at the famed endurance race has proven to be a heartbreaking and elusive dream for the Big T. They’ve even won the World Endurance Championships overall, in which Le Mans is just one race of many, but Le Mans itself has always remained just out of reach. Perhaps decking out these 86s in the warpaints of challengers past will bring them better fortune. 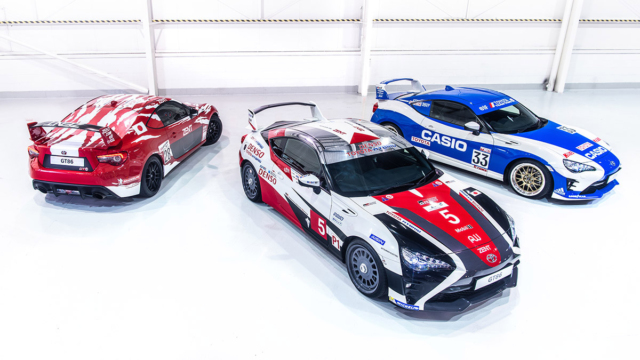 The cars were prepared by Toyota UK, and all of them have been lightly modified. Their ride heights are 1.5 inches below stock, they wear aftermarket exhausts, and wings from the Toyota UK accessories catalog. Toyota adjusted the graphic schemes to conform to the 86’s proportions and chose aftermarket wheels that best approximate the actual wheels used by the corresponding race cars. 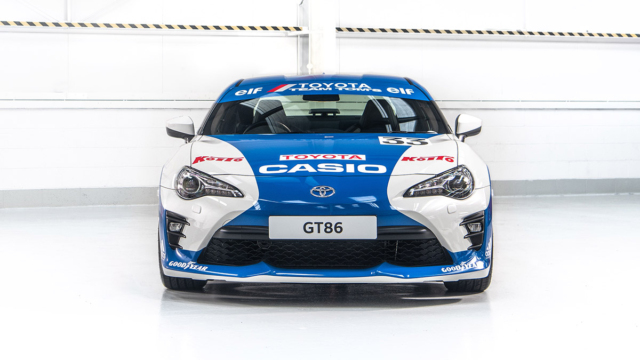 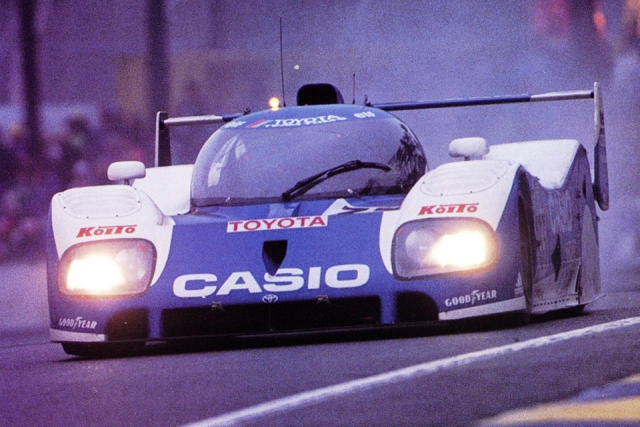 The first of the three wears a blue-on-white Casio-sponsored livery inspired by the TS010. In 1992 Masanori Sekiya, Pierre-Henri Raphanel, and Kenny Acheson drove the car to a second-place finish at Le Mans. Along the way, it set the fastest lap and fastest trap speed of 336 kph (209 mph), but costly mechanical failures kept the team the checkered flag. 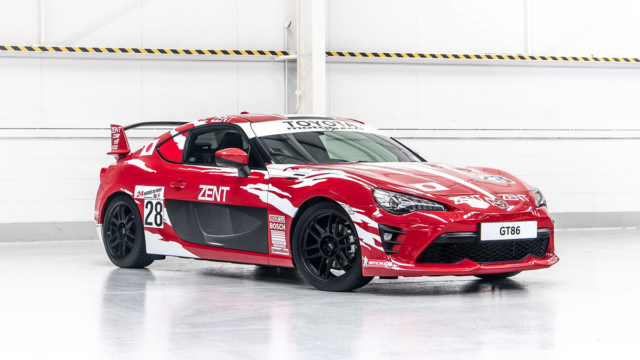 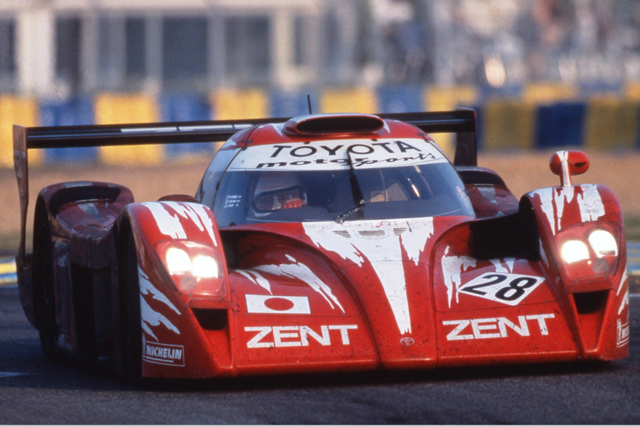 Next up is the white-on-red livery based on the TS020, also known as the GT-One, widely considered one of the most beautiful LMP1 cars ever built and at the time among the fastest. In 1999 the TS020 was on track to close the gap on the leading (and slower) BMW LMP2 racer, but it was forced off course by a lapped car that didn’t see the GT-One coming up behind it. Pitting for repairs cost the team their shot at the win.

For some reason, the livery chosen is the 1998 No. 27 Zent car of Martin Brundle, Emmanuel Collard and Éric Hélary, which placed a DNF, rather than the 1999 second-place finisher driven by Ukyo Katayama, Toshio Suzuki and Keiichi “Drift King” Tsuchiya. 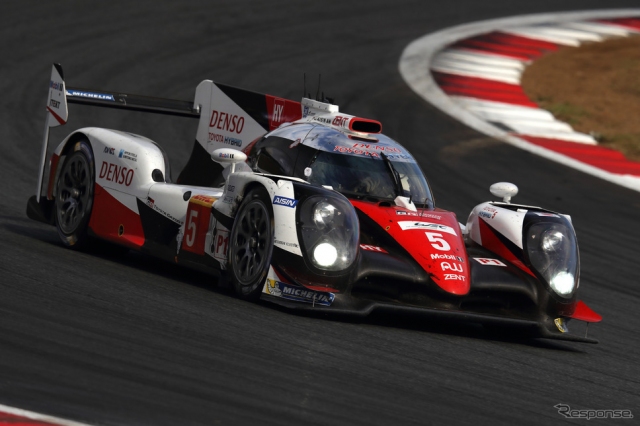 Last but not least is the black, red, and white livery of the 2016 TS050 hybrid driven by Anthony Davidson, Sébastien Buemi, and Kazuki Nakajima to what is probably the most famous and saddest Le Mans finish in recent memory. After decades of near misses, the spectacularly quick TS050’s win seemed all but certain. From the very beginning, Toyota took the lead and held it.

Then, just Nakajima was about to enter the final lap he reported a loss of power. However, with just one lap left and the second-place Porsche a minute behind a pit stop was out of the question. Then, after a grueling 23 hours and 55 minutes, the car came to a halt on its final lap and handed Porsche the win. 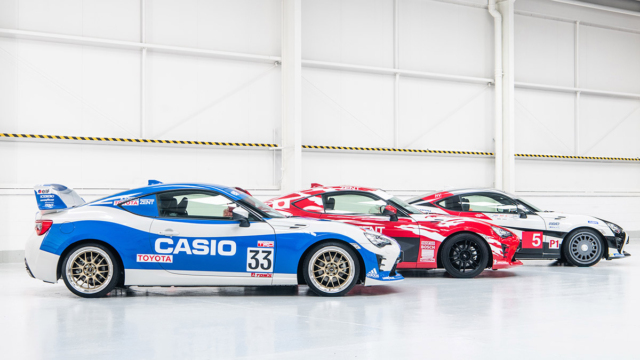 This year, all eyes are again on Toyota. It will be their race to lose this June 16-17.  It’s not first time Toyota UK has given 86es fantastic classic liveries, either. In 2015, they made six in the colors of Toyota’s greatest racers, from 2000GTs to Celicas to Supras. In 2016, they recreated the graphic scheme of the most famous 86 in the world, Takumi Fujiwara’s Hachiroku from Initial D. If everything goes according to plan this coming weekend, Toyota will have one more to make.

3 Responses to MOTORSPORT: The Toyota 86 in classic Le Mans liveries