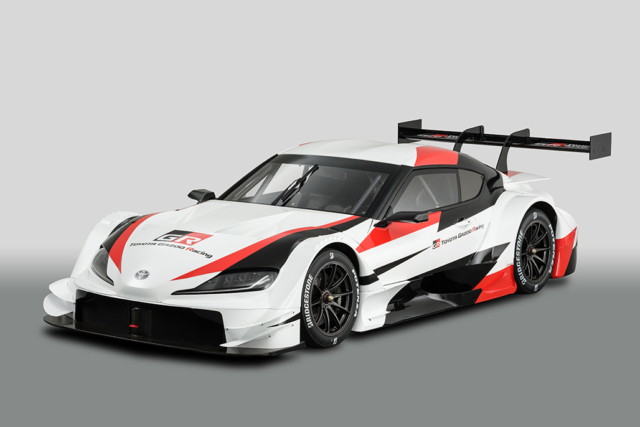 Toyota has announced that the fifth-gen Supra will return to Japanese touring car racing. The prototype body will be shown at the Tokyo Auto Salon this weekend, and marks the first time in 12 years that a Supra has participated in SuperGT (formerly JGTC).

The previous-generation A80 Supra ran in JGTC starting in 1995, and won the GT500 class championship three times during its tenure against Nissan, Honda, and McLaren. Toyota continued to use the Supra body long after the actual car was discontinued in 2002, all the way up to 2005 when it was replaced by the Lexus SC430 body. Since then, Toyota has used exclusively Lexus-bodied cars in SuperGT.

At the end of this season the current Lexus LC bodies will be retired. The A90 Supra body will replace them (Note that this, the SuperGT body, is different from the Gazoo Racing Supra shown at the Geneva Motor Show in March 2018). That means it will be the first time in a decade and a half that the Supra, NSX and Skyline GT-R get to duke it out on the SuperGT circuits again.

permalink.
This post is filed under: motorsport and
tagged: A90, motorsport, SuperGT, supra, toyota.