MOTORSPORT: The Super Silhouette Nissans that inspired a generation of bosozoku 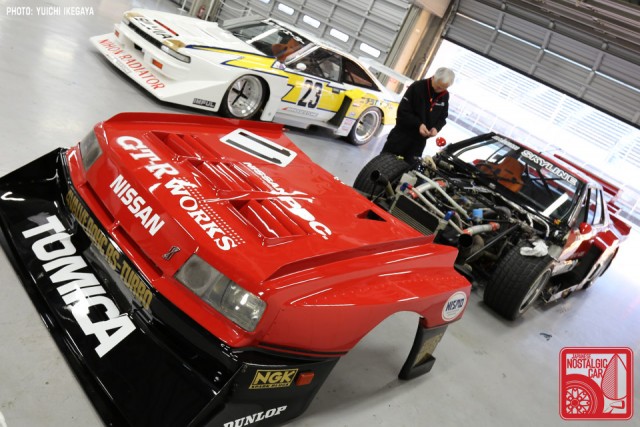 One of the biggest treats from the NISMO Festival at Fuji Speedway the display of Nissan’s Super Silhouette racers from the late 1970s and early 1980s. Developed for Group 5 specifications, their extreme aero styling inspired a generation of bosozoku and kaido racers. 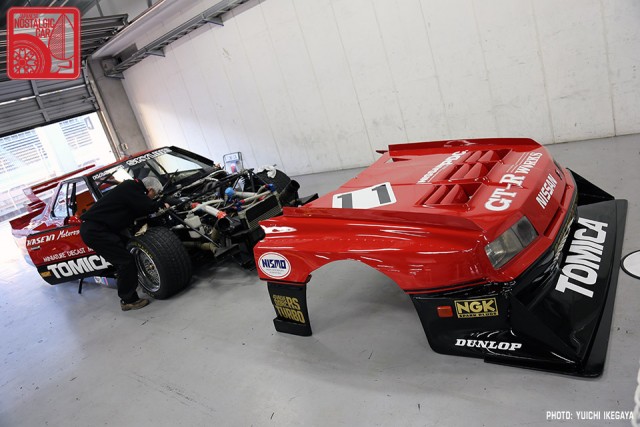 The most famous among them is of course the Hasemi Motorsport KDR30 Skyline, which competed in 1982-83. Under its famous red-on-black two-tone Tomica bodywork was the culmination of the Nissan LZ-Series race motors, the LZ20B, a turbocharged inline-four retrofitted with a twin-cam head. The details on the body are a work of art. The wind-slicing canards, ducts and flares helped Hasemi nab two wins in 1982 and five in 1983. 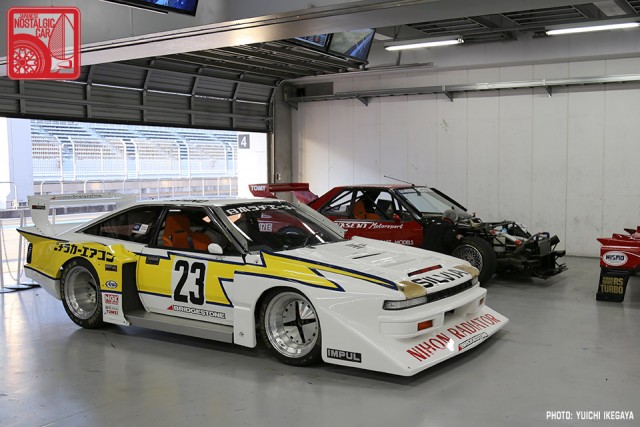 All of Nissan’s Group 5 racers ran the same engines, but had wildly different bodywork based on popular production vehicles at the time. The Nichira S110 Silvia was piloted by Kazuyoshi Hoshino, a man of many talents who will be immortalized by the Impul cross-patterned wheel that bear his name.

Close observers will note that it looks more like an S12 than an S110, but the current nose was grafted on when the fourth-gen Silvia debuted. The original had exposed headlights, not that it mattered, anyway. Underneath they were ground-up race cars. At peak tune, the LZ20B generated 398 lb-ft of torque and 570PS (562 hp), more power than that of a Formula One engine at the time.

Incidentally, Hoshino’s main sponsor, Nihon Radiator (commonly known as Nichira) was renamed in 1988 to what is today known as Calsonic. 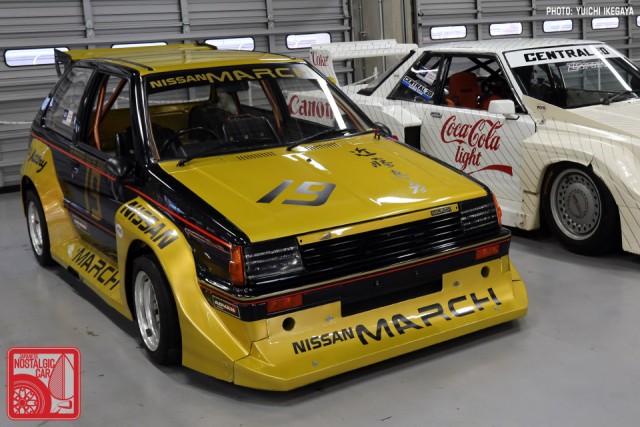 Though lacking the Group 5’s LZ20B, this K10 March was built in the style of the Super Silhouette racers by NISMO. The car was created for Masahiko Kondo, a famous Japanese singer who was also an amateur racer and the March’s spokesman at the time. Known by his nickname “Matchy” Kondo, he is today owner of Kondo Racing, which campaigns an R35 GT-R in the SuperGT series.

Though a stock K10 March at the time would have had 57PS at the time, Matchy’s March was powered by an E15 SOHC inline-four tuned to about 160PS. The bonnet sports Kondo’s name and a skewed but simple racing number that should also look familiar to fans of bosozoku styling. 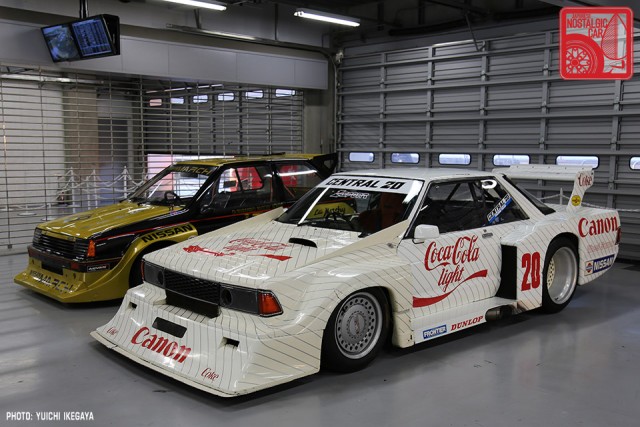 The Skyline is the most recognizable of Nissan’s Super Silhouettes, thanks to countless diecast versions and inclusion in Gran Turismo 2. However, Haruhito Yanagida’s 910 Bluebird boasted even more extreme styling to whet the dreams of kaido racers. Its massive fender canards, box flares and protruding air dam sparked similar mods on countless bosozoku-style cars, and if you squint the Bluebird’s front graphic even resembles the shark nose. Yanagida won the Group 5 championship twice, in 1980 and 1982. 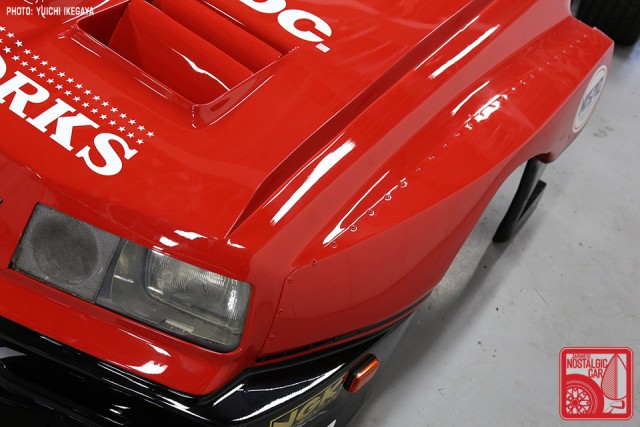 While Mazda and Toyota did participate in Group 5 with RX-7 and Celica-based racers, Nissan pretty much dominated the series. Together, the Skyline, Bluebird and Silvia were known as the Nissan Turbo Corps as they stirred the hearts of street racers from Fuji to Tsukuba. The series ran from 1979 to 1984, after which it fell out of favor and was replaced by prototype racers that bore little resemblance to street cars.

While undoubtedly faster, the prototypes definitely lost some magic in the transition. There was something about being able to buy and drive a car that looked liked the beasts charging down the Fuji straight at full roar. And behind the wheel of your own kaido racer, you could imagine yourself as Hoshino or Hasemi or Yanagida gunning for glory with nothing but a wing and a prayer (but mostly wing).

6 Responses to MOTORSPORT: The Super Silhouette Nissans that inspired a generation of bosozoku