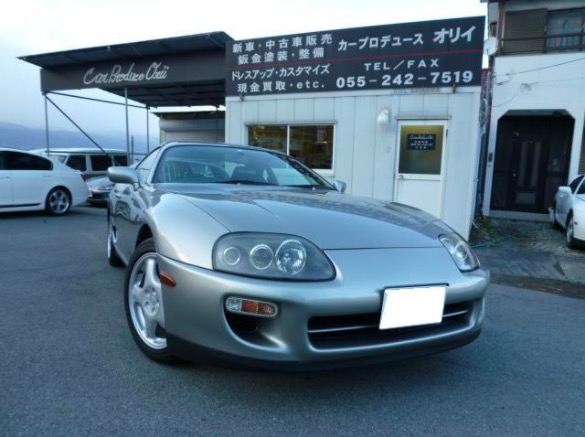 Juichi Wakisaka is a three-time JGTC and SuperGT champion and a well-respected driver in Japan. In addition to his GT500 wins, he also has several F3 and Formula Nippon victories under his belt, has won the Suzuka 1000, achieved class wins at the 24 Hours of Nürburgring, has appeared on Hot Version, and written for Best Car magazine. Yesterday, Wakisaka finally bought his dream car — a new Supra. No, not the new Supra, a JZA80, on the exact same day the next-generation Supra was revealed.

Wakisaka won the SuperGT championship in 2006 and 2009 behind the wheel of the TOM’s Lexus SC430. However, his first championship, back when the series was still called JGTC, was in the famous Esso Ultraflo Supra in 2002. Bittersweetly, that was also the year the legendary JZA80 Supra was discontinued in the Japanese market and, thus, the world.

During school, Wakisaka commuted in a Land Cruiser and has owned an 80-Series before. In his professional racing career, though he drove for Honda for a stint, he became an official Toyota factory driver in 2001. He has said in interviews that his personal cars include a Lexus LS 460 F-Sport and a Toyota Vellfire Executive Lounge. These are no surprise, since Toyota often supplies their drivers with the company’s latest offerings. 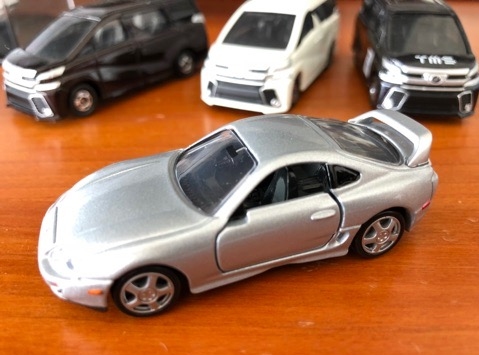 Recently, however, Wakisaka has been posting on his personal blog that he’s been scouring used car ads every day for an original, unmolested A80 Supra. He even posted an image of a silver Tomica Premium A80 Supra, writing, “It is becoming the car I want the most now.”

Wakisaka considered a car listed for sale in Hiroshima, but it was expensive and far. Other cars he found were too modified. Apparently, Wakisaka had consulted with D1GP drifter and Best Motoring host Manabu Orido, who is a Supra fanatic and authority, as well as the owner of C-West who is also crazy about Supras. 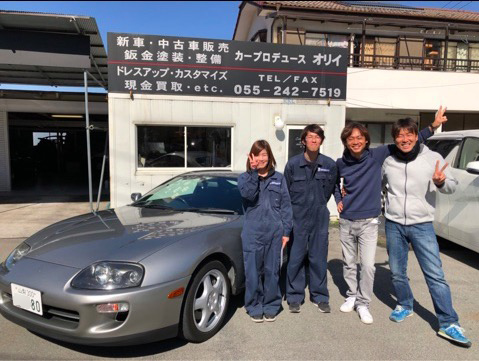 Finally, yesterday, Wakisaka posted photos of himself at a shop in Yamanashi Prefecture with an immaculate condition, final-year, 2002 Supra RZ 6-speed manual, the top-of-the-line model, with just under 62,000 miles on the odometer. Remember, 2002 was also the year he won his first touring car championship, in a Supra. His new ride was gray, too, the catalog color for the car. His caption said simply, “I got it!”

Wakisaka said he was so excited to see the car that he could not sleep the night before. In a post-purchase photo on his blog, AE86 and Apex’i FD pro drifter Youichi Imamura was also there, having found out about the purchase and coming out to show support.

A few hours later in Geneva, the next-generation Supra was unveiled. 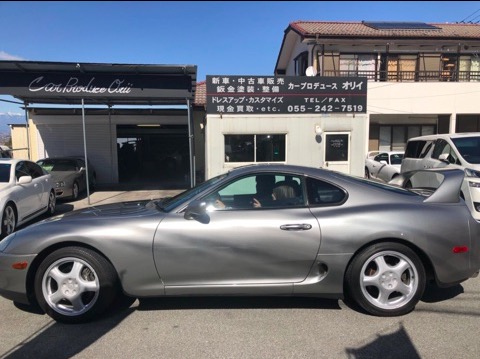 On Twitter, Wakisaka said that when he was buying it, it brought back memories of testing with Hiromu Naruse at the Nürburgring. He also tweeted that he will keep this car original, saying that “Buying this car gave me the mission of keeping this original and valuable car for the future,” He also added that if he wants to customize one, he will buy another Supra. 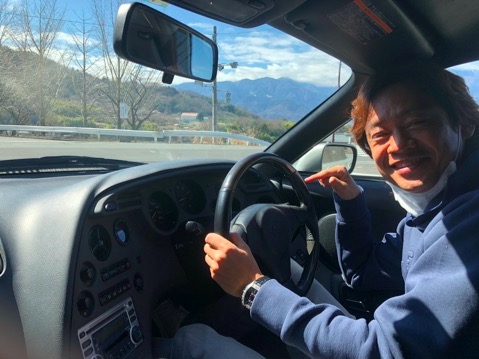 An unmodified A80 Supra RZ 6-speed is a rare car, even in Japan. It must have been a nerve-wracking search to find one. As fans of rare cars and Craigslist shoppers, we’ve all been there before and can sympathize. Congratulations, Wakisaka-san, on finding your dream car!

permalink.
This post is filed under: motorsport and
tagged: A80, JGTC, juichi wakisaka, SuperGT, supra, toyota.