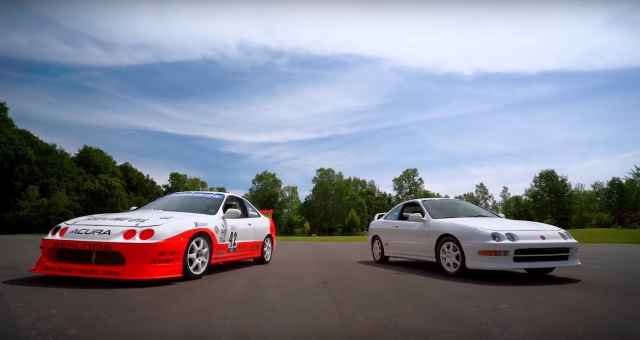 “Between 1997 and 2002 the Acura Integra Type R dominated the Speed Touring Car Championship,” says Peter Cunningham. The founder of RealTime Racing and prolific Honda/Acura racer and collector would know.  “RealTime won five of the six championships, and no touring car before or since has been as successful.” The ITRs were retired at the end of the 2002 season. Now, after 17 years, one of them has received a bare-metal restoration.

Back in the day, Cunningham says, “The Integra Type R did not require a lot of work to get it ready for the race track. We put in a fancy cage, changed the springs and shocks, and that was about it.” After the extensive restoration, Cunningham takes the car to Road America. Seeing the car on the track again brings back memories of watching the distinctive white and orange cars dominate Sentra SE-Rs, BMWs, and Protégés. It was regular weekend viewing at the turn of century, and served only to cement Honda’s popularity in the aftermarket scene.