MOTORSPORT: Perhaps the greatest Mazda collectibles of all time 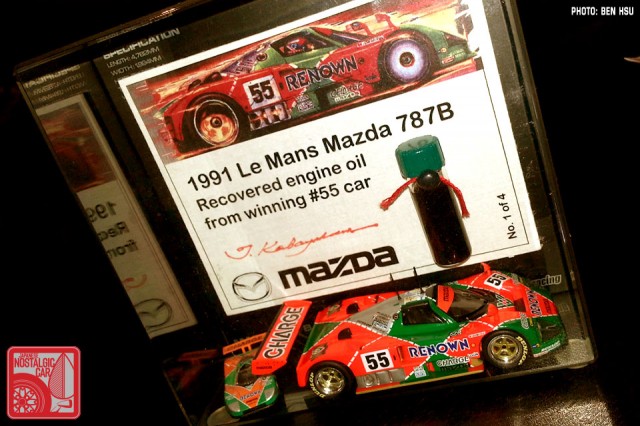 There are rare collectibles and there are rare collectibles. What you see here are perhaps the greatest pieces of memorabilia a Mazdafarian could ever want. You know the story of the Mazda 787B. Winning the 24 Hours of Le Mans was a momentous occasion, both for Mazda and for Japan, and they knew the history-making car would take a very special place in the company’s museum in Hiroshima.

But before it was whisked away, the oil that ran through the arteries of its relentless, 700hp, four-rotor heart was drained and bottled in little glass vials. There are only four such vessels in the entire world and this is number 1 of 4. 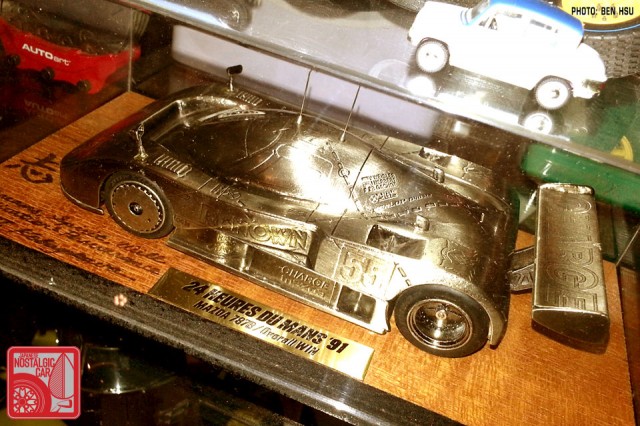 We were recently invited to the home of a top Mazda chassis engineer. We won’t name him in order to respect his privacy, but he was kind enough to show us his extraordinary collection. This 787B model, for example, was made only for Mazda management, also to commemorate the Le Mans win. It’s an amazingly detailed piece (note the antennae and cast sponsor logos) shaped from solid pewter. It’s about the size of a 1:18 scale model and it weighs a ton. 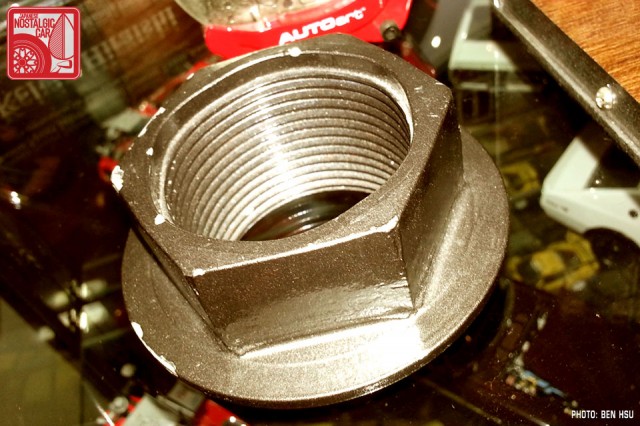 Light as a feather, on the other hand, is this actual centerlock nut that held on one of the 787B’s wheels for 24 grueling hours one summer day in France 23 years ago. As you can see this long-time Mazda engineer has quite a few other toys in his cabinet, but these bits from the celebrated victory are his most priceless. We’re glad someone is hanging onto these bits of history, even though we’ll never be able to look at our shelf of Tomicas the same ever again.

permalink.
This post is filed under: motorsport and
tagged: 787b, le mans, mazda, motorsport, rotary.

6 Responses to MOTORSPORT: Perhaps the greatest Mazda collectibles of all time