MOTORSPORT: On board with the Drift King in a Group A R32 Skyline GT-R 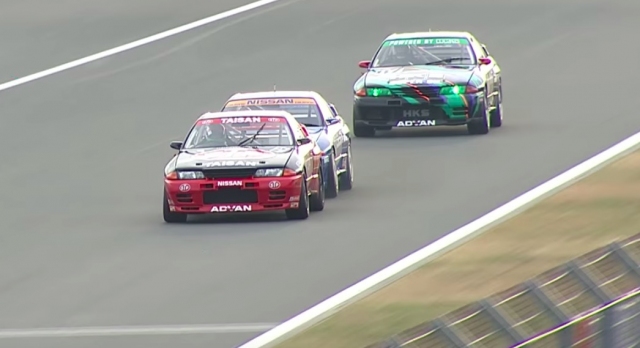 The R32 Skyline GT-R is a legend among legends, due in no small part to its utter domination of Group A touring car racing in the early 1990s. During the four years it competed in Japan it won every single race it ran. It also finished first at both Bathurst 1000 races in 1991-92 on the way to consecutive Australian touring car championships as well, and then captured the checkered flag at the 1991 24 Hours of Spa for good measure. So what’s it like to drive one of these Godzilla race cars?

At the recent NISMO Festival, Keiichi “Drift King” Tsuchiya took the Taisan STP Skyline GT-R around Fuji Speedway along with the Calsonic and HKS cars. It was like JTCC all over again.

3 Responses to MOTORSPORT: On board with the Drift King in a Group A R32 Skyline GT-R