MOTORSPORT: Calsonic and and BRE livery race again, in Australia

When we published our retrospective of Nissan’s famed Calsonic Blue livery last week we had no idea that it would soon be making its way to Australia. As it turns out, Nissan is about to revive not only this, but the famed BRE colors as well, and send them into battle side by side. 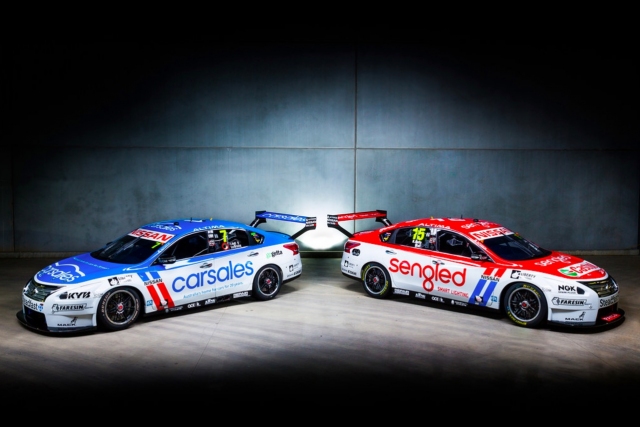 The Sandown 500 is of the most anticipated stops in Australia’s V8 Supercars Championship, marking the start of the series’ “enduro season”, which includes the Gold Coast 600 and the centerpiece event, the Bathurst 1000. It has in recent years become somewhat of a tradition for teams to run retro liveries at the Sandown 500, and Nissan has decided to go all out with Calsonic Impul and BRE-inspired Altimas.

As you might have surmised from the series name, these are no ordinary grocery getter sedans. The Altimas in the V8 Supercars Championship have all been specially prepared, powered by 5.0-liter V8s, capable of 668 horsepower and feeding it to the rear wheels. 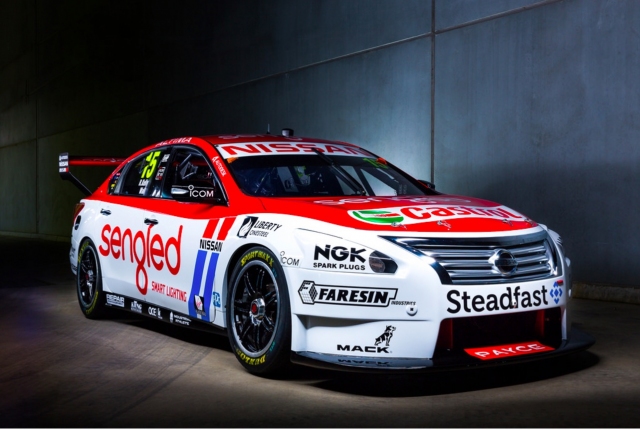 Back in the early 70s, Australia and the US might as well have been on different planets, so its interesting to see perhaps the most famous American Nissan livery honored in Australia. It “pays tribute to the BRE Datsuns that dominated American Road Racing in the 1970s,” says Nissan. “Brock Racing Enterprises, operated by American automotive designer Pete Brock, claimed SCCA and Trans Am 2.5 titles in the early 70s in a variety of racing Datsuns. That success helped establish the marque’s reputation as a performance brand outside of its homeland of Japan.” 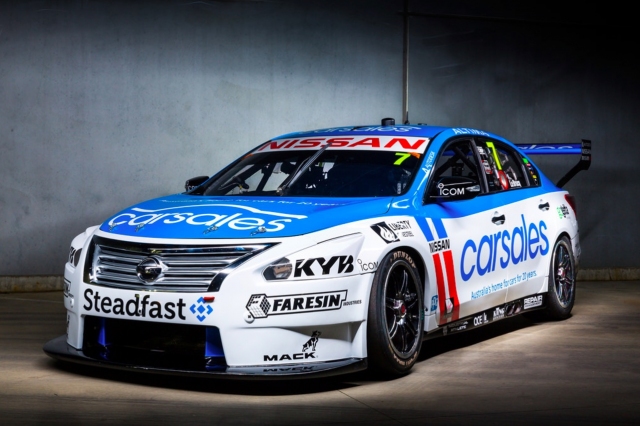 Both John Morton’s 1971-72 winner in red-on-white, as well as the “guest driver” blue-on-white car are represented. In an interesting coincidence, Australia had their own Peter Brock in motorsports, but it was a completely different person. 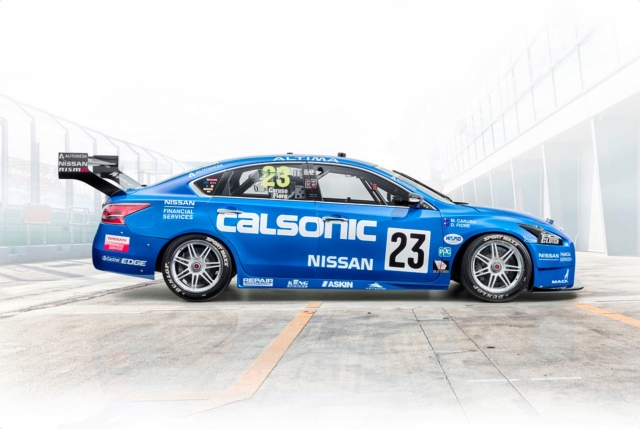 The star of the show will be the Calsonic Blue livery, given Nissan’s prized number 23 (“two” in Japanese is 二, pronounced ni, and “three” is 三, pronounced “san”). The orignal Calsonic Skyline GT-R’s number was 12. Again, these colors were never used in Australia, so Nissan will be running three liveries from its motorsports efforts in Japan and the US in this quintessentially Australian racing series.

For Calsonic, it’s a pretty good way to get your name on a car without actually paying for it. However, as we mentioned, the company holds the record for the longest continuous sponsorship of a race team in motorsports history, one that stretches back to 1982.

The history of Australia’s touring cars is a long one, and for many years it was largely a contest between V8s from Ford and GM’s Aussie subsidiary Holden. However, Nissan’s history in Australian motorsports is a long one as well, and the R32 Skyline GT-R played a key role.

Perhaps its most famous episode came in the the 1991-92 seasons when the R32 Skyline GT-R won the Bathurst 1000, becoming one of the very few 6-cylinder cars to do so. The victories cemented the GT-R’s legendary status in Australian motorsport history, prompting Australians to first christen the R32 “Godzilla”. 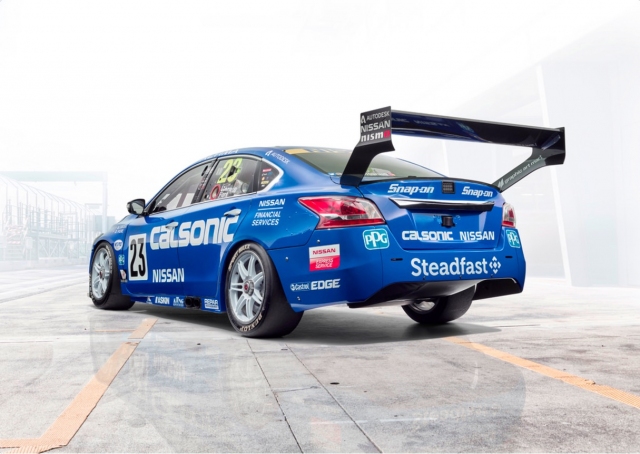 If as an American you are still not clear on just how cool this is, imagine this: Nissan builds a V8, RWD sedan to compete in NASCAR. But, instead of Home Depot or whatever sponsors they have, they decide to paint the cars like the Calsonic R32 and BRE Datsun 510s, cars that never raced together, in the same era, or in the same country. Would enough Americans get the reference to make it worth their while It seems Australia and Europe are doing a better job of honoring Japanese automotive heritage than the US these days.

Qualifying for he Sandown 500 begins September 15, with the main event taking place on September 17.

9 Responses to MOTORSPORT: Calsonic and and BRE livery race again, in Australia