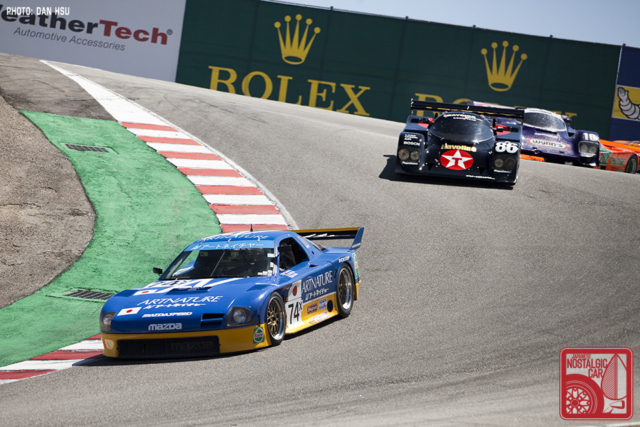 Mazda’s most famous Le Mans story centers around that of the epic 787B and its historic victory in 1991, but there have been other contenders from Hiroshima. The humble Mazda RX-7 has been sent into battle many times, mostly in the form of the SA22 chassis prior to Mazda’s age of dedicated Circuit de la Sarthe challengers. There was, however, that one time a second-generation FC3S RX-7 competed in the famed test of endurance. 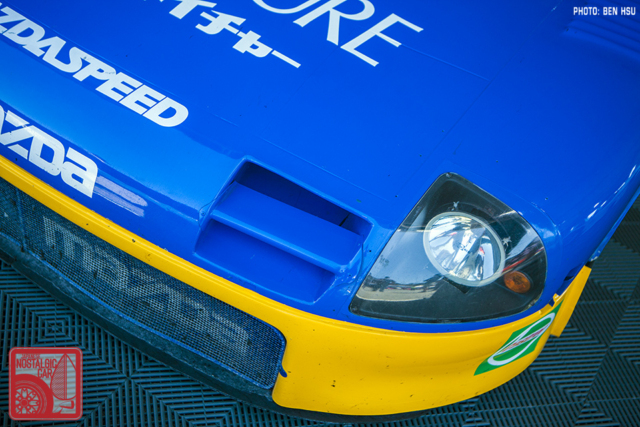 After the 787B’s victory, the Automobile Club de l’Ouest changed its rules to encourage development of 3.5-liter piston engines, essentially making the rotary engine obsolete. However, by 1994 the ACO struck up a deal with the US’s IMSA and for a single year allowed its sports racing cars to compete alongside dedicated prototypes. 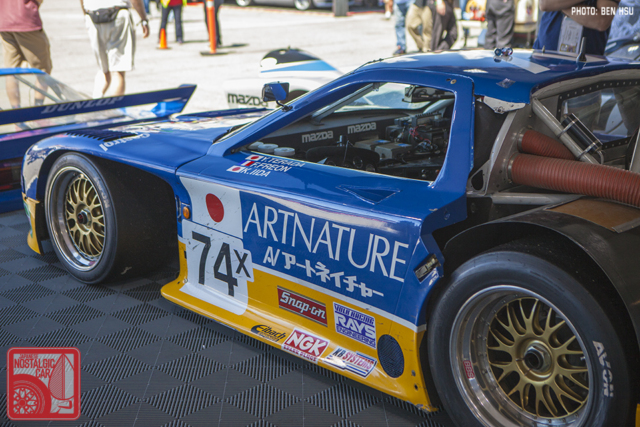 By then, Mazda had become one of the most successful marques in IMSA history, racking up over 100 wins, and just happened to have its 1991 GTO-class championship RX-7 lying around. It wold be the perfect opportunity to run Le Mans with a rotary engine once again. 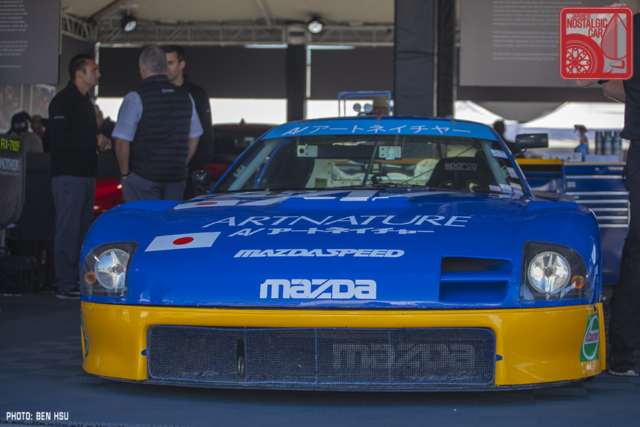 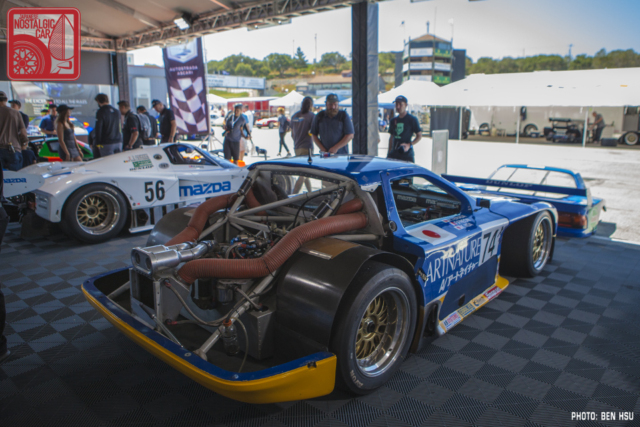 In truth, it wasn’t even the most competitive IMSA car, finishing second in its class. The honor of first went to the Nissan 300ZX GTS, which achieved the incredible feat of winning the 12 Hours of Sebring, the 24 Hours of Daytona, and its class in the 24 Hours of Le Mans. Nevertheless, finishing at all was a tremendous feat, especially in a year when over half the field of 48 didn’t complete the entire 24 hours. 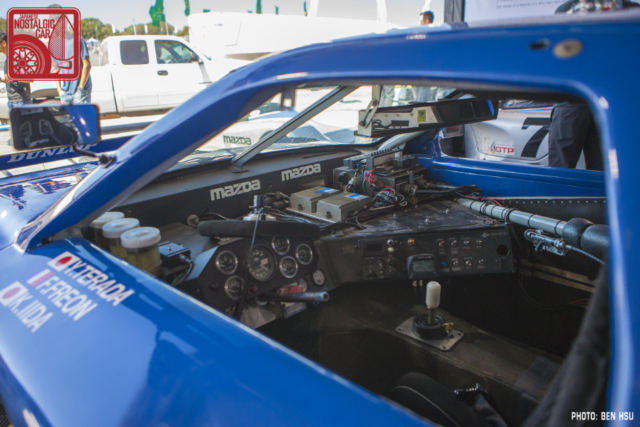 After Le Mans, the car went on to live yet another life, competing at the Suzuka 1000 in Japan that year with Kaoru Iida replacing de Thoisy on the roster. It finished 14th overall in a field of 44. 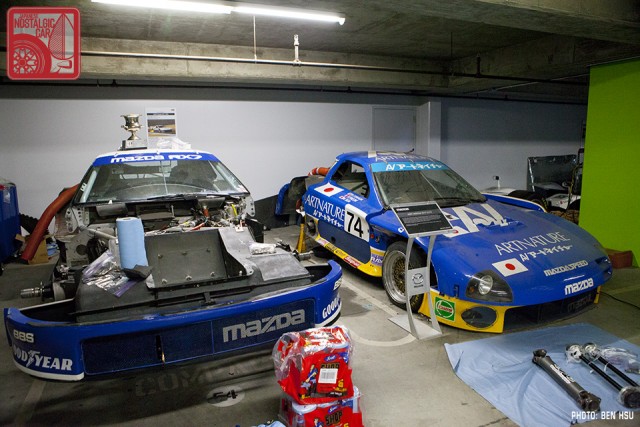 From there, the car returned to the US, where it was kept at the Mazda North America collection. After being put on display at the company’s Irvine R&D facility for a while, it then met the somewhat sad fate of serving as a parts car to Mazda USA’s more popular white and blue IMSA car. Apparently, parts for a quad-rotor tube-framed race car are not easy to come by. Basically, Mazda combined the two IMSA cars to create one running example. 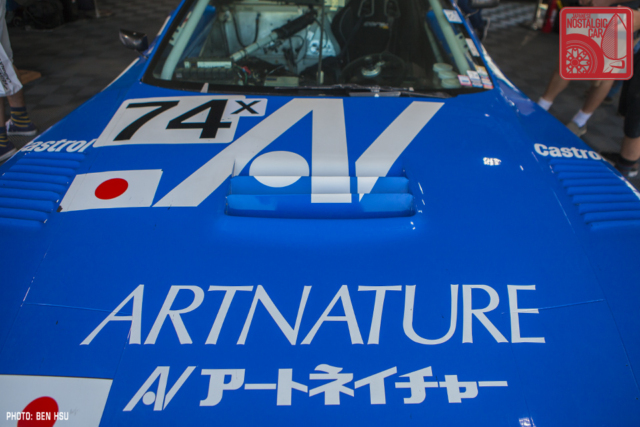 Work then went into restoring the body of the Le Mans car, sans fog lights, and debuted it at the Rolex Monterey Motorsports Reunion last month. A Mazda representative revealed that they had simply put the Le Mans liveried bodywork onto the single chassis. It will likely continue to swap bodies depending on the event, making it appear as if there are two cars.

In fact, this bit of visual deception goes hand in hand with the livery’s main sponsor. ArtNature, despite its enchanting name, is a hair growth supplement and wig company based in Tokyo, for which Yojiro Terada (and Pat Boone!) was a spokesman. The company also does charity work, supplying pro bono hairpieces for children who cannot grow hair due to illness or injury. 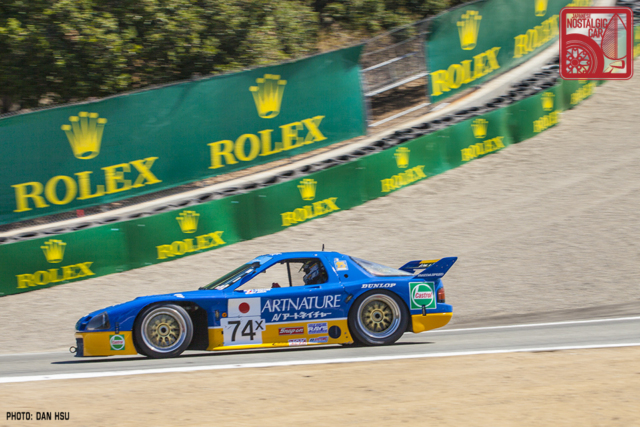 It’s good to see the Le Mans livery back in action. The nose is distinct from the standard IMSA car, which was likely retrofitted with headlights for night-time driving prior to its Le Mans run. In any case, second-generation RX-7 owners can stand proud in the knowledge that their car ran and finished the toughest race in the world, all the while advertising a cure for baldness.