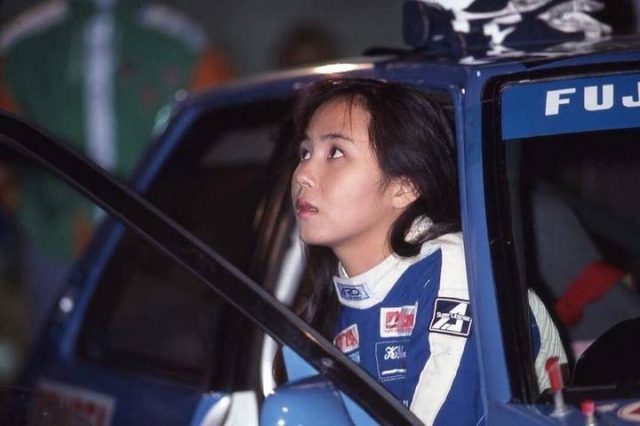 To say that Kaori Okamoto was multi-talented would be an understatement. Known today primarily as an actor, Okamoto in her long career has also been an author, entrepreneur, and yes, a race car driver. Okamoto wasn’t just your typical celebrity that took a couple of spins behind the wheel at a charity event. She was a bona-fide driver with a Class A license, and competed in some of the world’s toughest events. 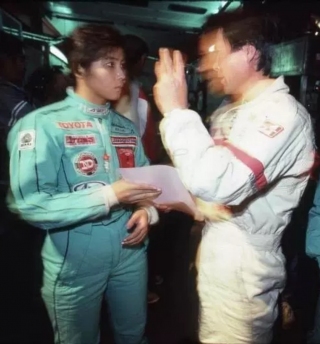 Kaori Okamoto was born in the suburbs of Tokyo in 1963. She began acting at age 19, and soon began appearing in Japanese movies and TV dramas. During that time, she happened to be invited to a race as a spectator, but was so taken with the sport that she was compelled to work her way towards a Class A racing license.

She apparently showed enough promise that she was offered a seat on Toyota’s TOM’s racing team, and at age 22, quit her movie career (though she continued to appear on TV shows) to focus on racing full time. From 1986 to 1991, Okamoto drove against Japan’s best drivers in the Japan Touring Car Championships (JTCC) during Toyota’s front-wheel-drive platform era. Typically, she would pilot a TOM’s-built Corolla FX hatchback or, later, an AE92 Corolla Levin.

Driving for TOM’s, Okamoto also competed internationally. Notably, in 1987 she made her debut at the 24 Hours of Spa-Francorchamps, one of the three most challenging endurance races in the world, driving the Leyton House AE86 alongside Hideshi Matsuda and Kaoru Hoshino. Sadly, the team didn’t finish due to a gearbox failure.

Okamoto competed at the Spa enduro seven more times over the years, driving AE92 Corolla Levins for four of them, SW20 MR2s in two more, and a T190 Carina in her final race there. In a demanding contest where merely finishing was a feat, Okamoto completed the event thrice. In 1989, she even took an impressive 12th place overall with Matsuda and Morio Nitta in an AE92, after battling against many higher-classed cars like Sierra Cosworths and BMW M3s.

However, Okamoto didn’t stop there. She also ran the Paris-Dakar Rally three times, from 1990 to 1992, and in 1991 became the first Japanese woman to complete the tough desert race. The following year she repeated the accomplishment.

In an 2015 interview with Mag2, Okamoto revealed that one of the reasons she chose to pursue racing was because of her family situation. Her parents divorced when she was just one year old, and Okamoto was raised by her father. Of course, as with many talents in Japan’s entertainment industry, Kaori Okamoto is not her real name. When Okamoto was 24, she had a brush with cancer, prompting her to contact her mother for the first time. She told her mother that if she saw the stage name Kaori Okamoto, she should know it was her daughter.

This conversation prompted Okamoto to pursue her dual careers even harder, against the advice of her doctor. When her cancer saw a resurgence at age 31, the doctor suggested she curb her demanding schedule and Okamoto hung up her helmet for good. 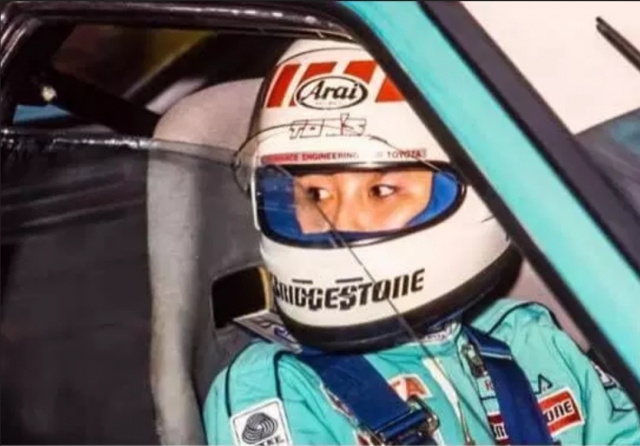 After that, she launched a baked doughnut company with natural ingredients, believing that artificial additives had contributed to her illness. At its high point, the business raked in nearly a million dollars a year. Today, Okamoto is a yoga instructor in Tokyo. In the Mag2 interview, she said that ultimately, stress was a contributor to her disease. Now, she hopes to help others feel less stress through yoga and has authored several books on the subject.

It’s hard to imagine two more different physical endeavors than motorsports and yoga. Okamoto, though, somehow managed succeed no matter what her pursuit. It would be interesting to know just how many of her students, while de-stressing, realize that their teacher led a previous life as an international race car driver.