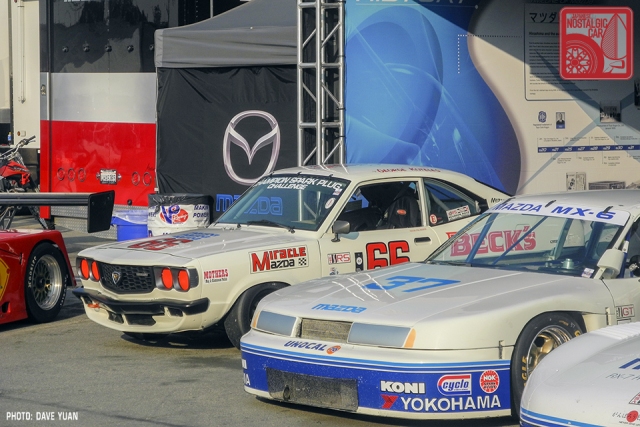 Mazda continued to flex its racing heritage muscle at this year’s Rolex Monterey Motorsports Reunion. In addition to its usual usual cadre of booming (and zooming) rotary racers, four new participants ripped around the renowned Mazda Raceway Laguna Seca for the 2017 run of North America’s premier vintage racing event. The first is a car that caught our attention weeks ahead of the race: a 1978 Mazda RX-3 IMSA racer. 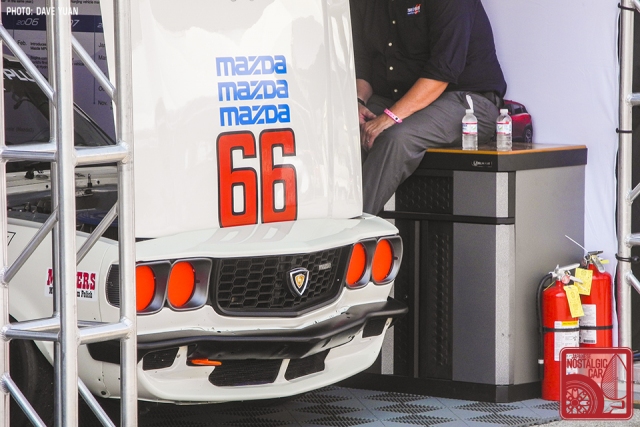 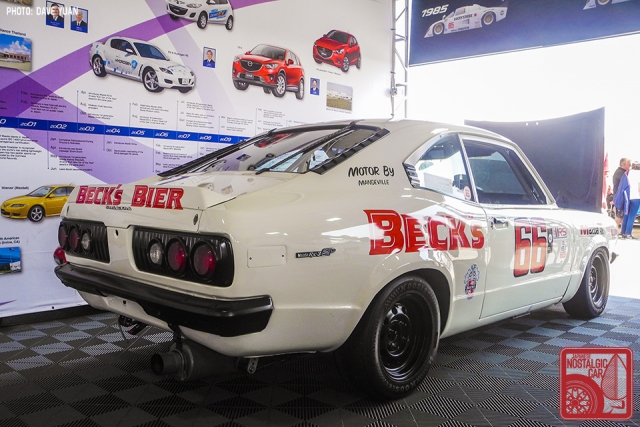 In tact RX-3s have largely become the proverbial unicorn, one of the rarest JNCs around. That, along with the model’s rich contribution to Mazda’s storied racing heritage, got us excited when we saw a 1978 RX-3 on the entry list for the 2017 Reunion. The car is owned by Robert Davis, Mazda USA’s Senior Vice President of Special Assignments, and has just undergone a full restoration by Glenn Roberts. Among Roberts’ portfolio, as you may remember, is the beautiful 1967 Cosmo Sport that sold for $264,000 in 2014. 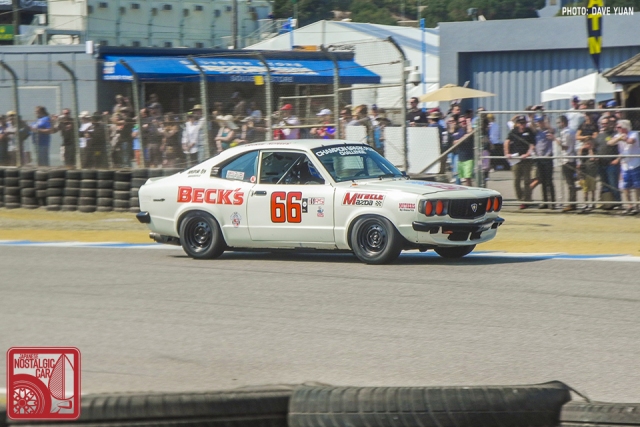 This RX-3 originally raced in the IMSA Champion Spark Plug RS Series from 1979 to 1982. Built by Newport Beach architect George Koteles, it was equipped with a bridge-ported 12A rotary engine. Piloted by Davis, this beautifully-restored RX-3 competed against the likes of Porsche 935s and BMW M1s in the 1973-1981 FIA, IMSA GT, GTX, AAGT class. Clocking in a best lap time of 1:52.5 around Mazda Raceway Laguna Seca, it took 35th place out of 41 cars. 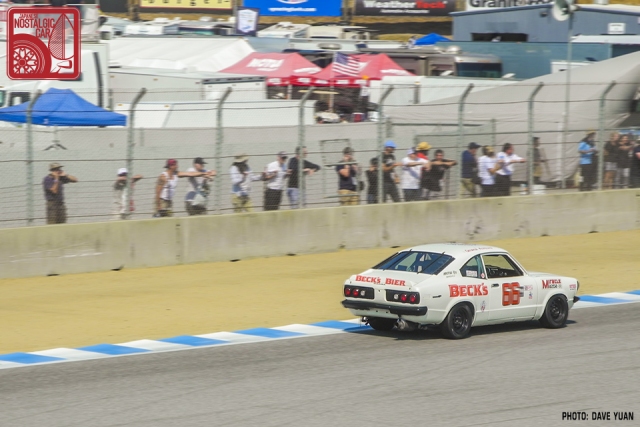 One has to wonder the logic of classifying 700-hp Porsches with the likes of Mazda RX-3 and BMW 2002. But given the often giant-slaying nature of Mazda’s heritage, it is perhaps fitting. It was a true pleasure to see and hear this meticulously-restored RX-3 (a three-year job!) running around one of our favorite tracks. We sincerely hope to see more RX-3 race cars, many of which were so historically important and iconic, coming out of the woodwork. 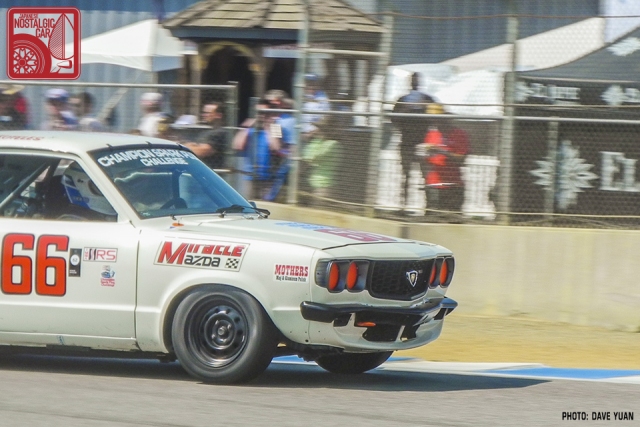 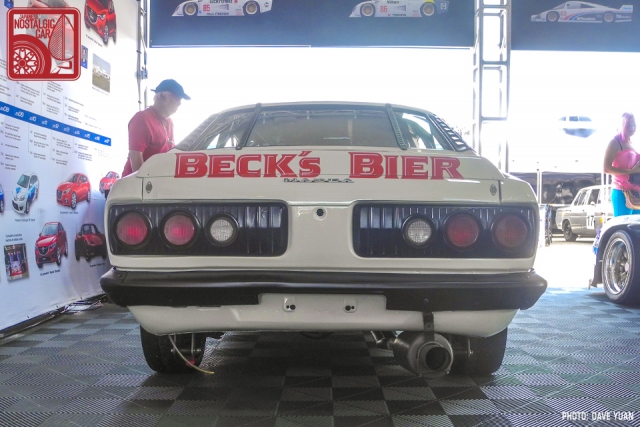 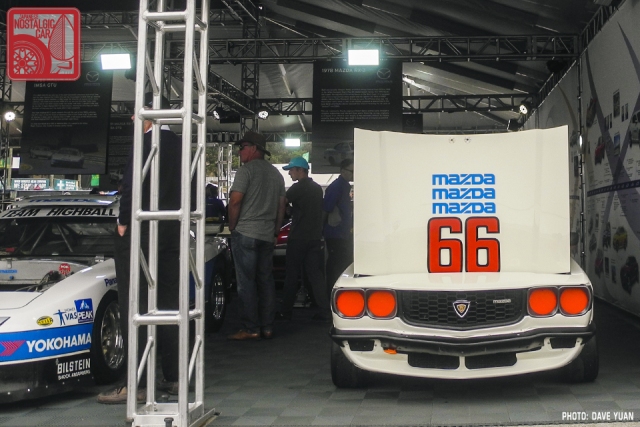 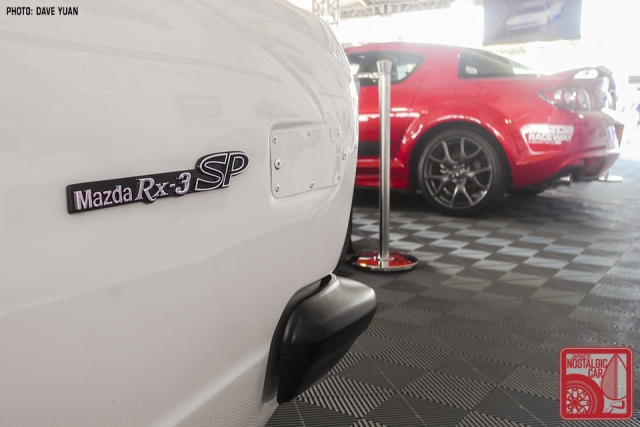 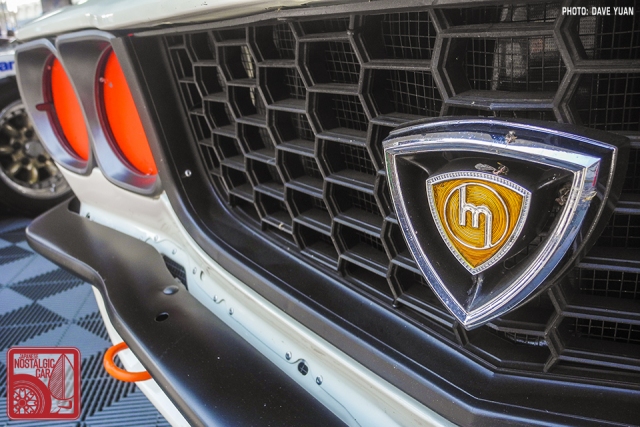 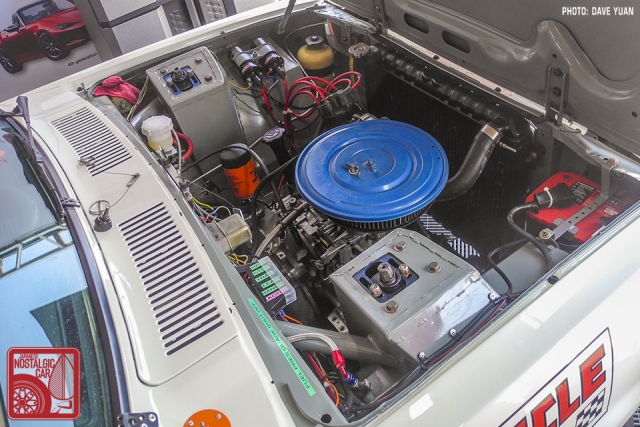 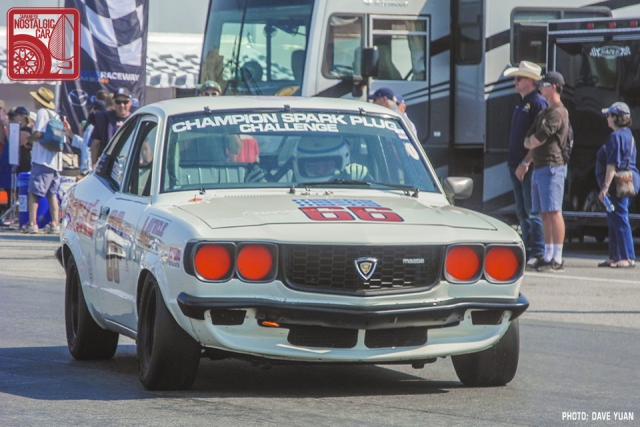