MOTORSPORT: The Raybrig NSX finished its final race in a jaw-dropping blaze of glory 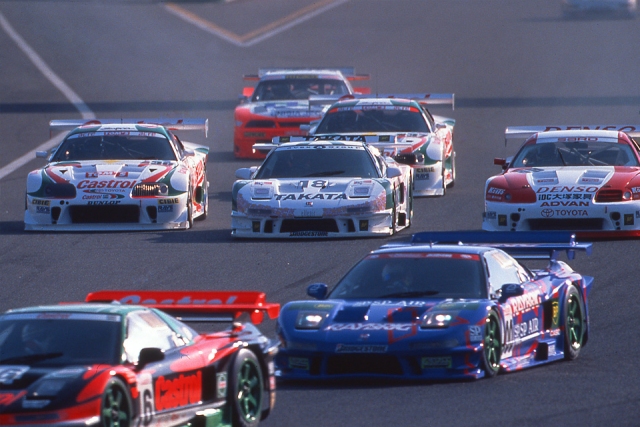 For nearly 25 years, the Raybrig NSX has been a fixture in the Japan Grand Touring Championships. In the heyday of JGTC, the striking blue racing machine was one of the most recognizable on the track. Over the weekend, however, the Raybrig livery ran its final race. Though the colors won’t appear on another car again, it earned a fairy tale ending by clinching the checkered flag — and thus the championship for the 2020 SuperGT season — in the most jaw-dropping way imaginable.

To understand the origins of the Raybrig livery, we must first delve into the history of one of Japan’s leading parts suppliers. Stanley Electric was founded in 1920 by Takaharu Kitano to manufacture lighting, including bulbs for automobiles at a time when there were only a few thousand cars in all of Japan. In 1933 Kitano renamed his company after the famous explorer Henry Morton Stanley, discoverer of the Nile River’s origin, for his vision and courage. 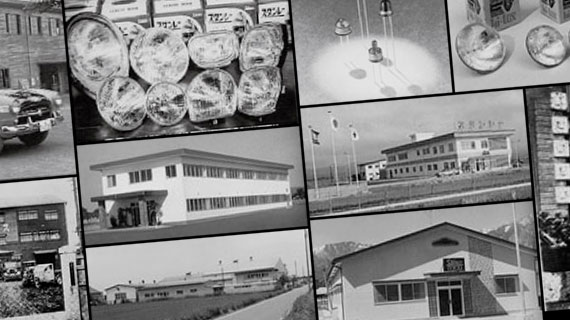 Eventually the company became one of the biggest OEM suppliers of automotive lighting with Honda and Nissan as its main clients, though every Japanese carmaker has done business with them at one point or another. During the tuner boom years, Stanley created the Raybrig sub-brand to feed the aftermarket with various color temperature and HID options. And what better way to promote the brand than in a race series beloved by enthusiasts, JGTC, on the doors of the tuner world darling, the Honda NSX? 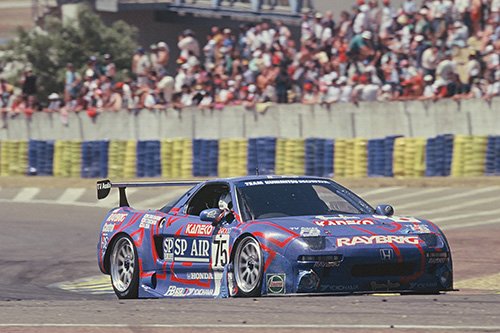 The Raybrig livery made its debut midway through the 1996 JGTC season. Stanley had inked a deal with Team Kunimitsu, a privateer outfit founded by none other than the grandfather of drifting. Though Most famous for his years piloting a Hakosuka Skyline GT-R during Nissan’s Victory 50 era — and inspiring a young Keiichi Tsuchiya with his traction-breaking antics — Takahashi Kunimitsu had just won the GT2 class at the 1995 24 Hours of Le Mans (co-driving with his protégé Tsuchiya) behind the wheel of an NSX. 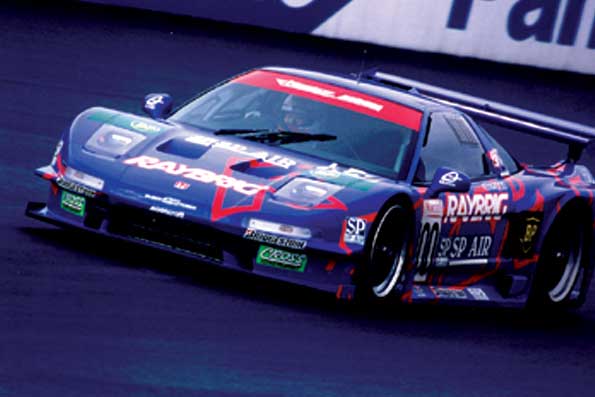 Kunimitsu’s return to Honda was fitting, as he started out his racing career on Honda motorcycles before being recruited into Nissan’s works team. Securing Raybrig sponsorship allowed him to campaign his JGTC team in earnest the following year, co-driving with his third Le Mans partner, Akira Iida. 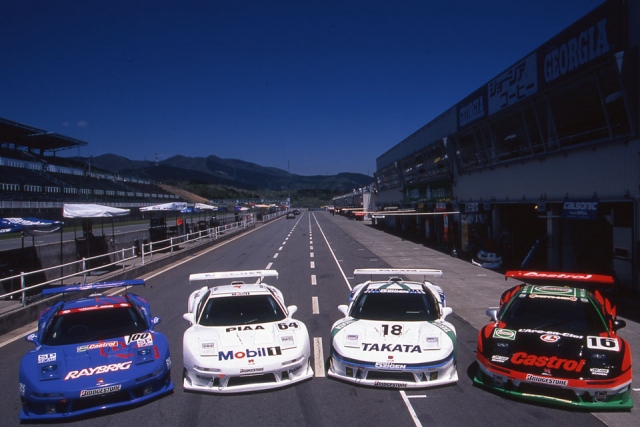 While the team nabbed the top podium spot in a few races, outright dominance wasn’t in the cards. Then, with five decades of racing under his belt, Kunimitsu announced his retirement at the end of the 1999 season. He handed the reins of the Raybrig NSX to younger drivers and focused on his role as team manager instead.

The Raybrig livery evolved many times in subsequent years, but its trademark blue always remained front and center. In fact, it outlasted a revolving door of drivers, as well as the original NSX itself. When Honda’s flagship went out of production, a body based on the HSV-010 concept took over, subsequently replaced by a second-gen NSX. Raybrig even outlasted the series, which changed its name to SuperGT in 2005. In 2018 the team finally won its first championship, with Naoki Yamamoto and former F1 driver Jenson Button leading the charge.

Earlier this year, Stanley announced that the Raybrig name would be retired in March 2021. All Raybrig products will be rolled under the Stanley brand, and 2020’s SuperGT calendar would be the last season to see a Raybrig Blue NSX compete.

It would be great to go out with a win, but all year it’d been a game of points. Team Kunimitsu had yet to win a race outright. However, they’d collected enough points to enter the final round over Thanksgiving weekend in second place, just three points behind Ryo Hirakawa’s Toyota Gazoo Racing Team KeePer TOM’s Supra. 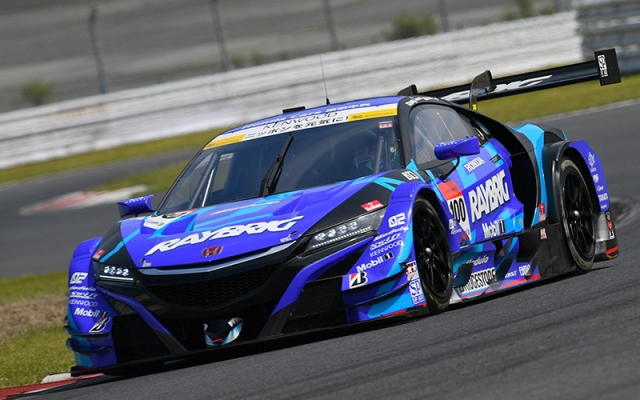 In qualifying for the season closer at Fuji Speedway, Naoki Yamamoto and Tadasuke Makino placed the Raybrig NSX in seventh, a tough position to catch Hirakawa’s No. 37 Supra. From the outset it was Hirakawa’s race to lose, as the Supra quickly built up a comfortable 15-second lead over the rest of the field and held the position. 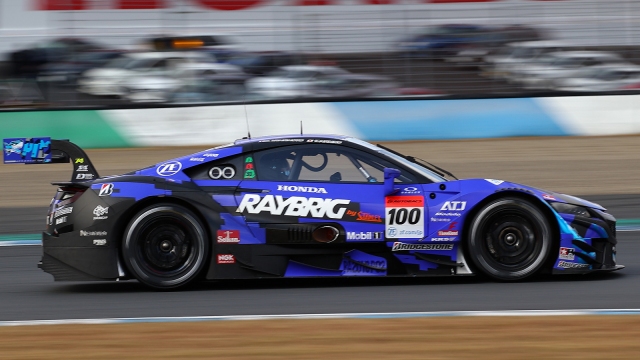 By mid-race, Yamamoto in the Raybrig NSX and two other Supras were trading positions for second, third, and fourth. Then incredibly, on lap 31, both those Supras collided, letting Yamamoto slip past them to take second. He then spent the rest of the damp race slowly reeling in Hirakawa’s lead Supra. Seemingly timed for maximum drama, Yamamoto’s pace, if everything went perfectly, would catch up to Hirakawa on the final lap — but would that give him enough seconds to pass? The championship hinged on that question. 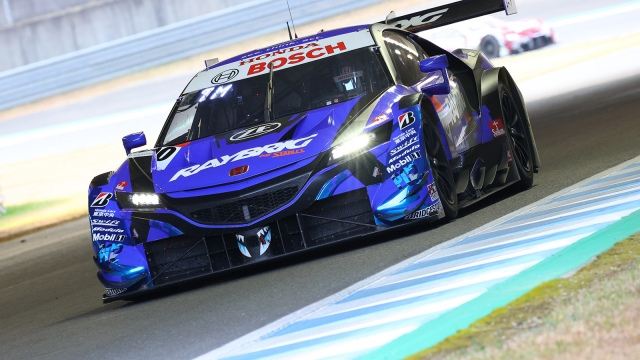 With five laps to go, Yamamoto was 2.5 seconds from Hirakawa and closing in. And as if to say, “I’m coming for you” while also promoting his title sponsor, Yamamoto flashed his headlights repeatedly as he closed the gap. Despite his confidence, with just two laps from race’s end Hirakawa actually extended his lead by a few tenths. It seemed impossible for the NSX to close the gap, nevermind get around his defenses.

But in a completely bonkers turn of events in an already entertaining race — and a stroke of dismal luck reminiscent of Toyota’s 2016 Le Mans heartbreak — Hirakawa’s Supra sputtered to a crawl on the final turn of the final lap of the final race of the season. He was out of fuel. Yamamoto rocketed the Raybrig NSX ahead, flashing his lights all the way across the finish. 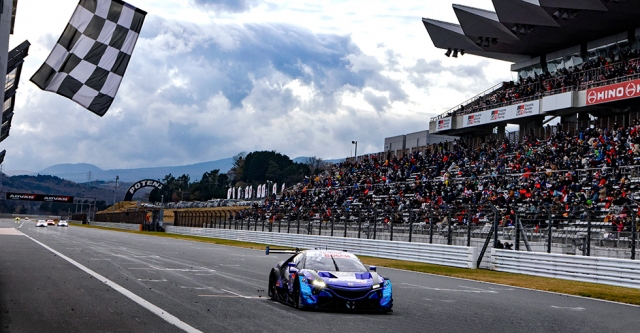 Not only did he win the race, the 20 points awarded to first place was enough to catapult Team Kunimitsu into the championship for 2020. It was a massive upset for Toyota on their home course and, as if that wasn’t enough, Yamamoto himself then ran out of fuel on the cool-down lap. He had been barely hanging on the whole time, chasing down the Supra at full tilt with the fuel alarm maxed out.

Every move, every millisecond, and every molecule of fuel had mattered. If Yamamoto hadn’t flashed his high beams at Hirakawa, pressuring him to put the hammer down and use those precious remaining drops, would the Supra have run dry? In an utterly fitting finish for the brand, perhaps the use of Raybrig lights did actually seal the deal for the NSX. 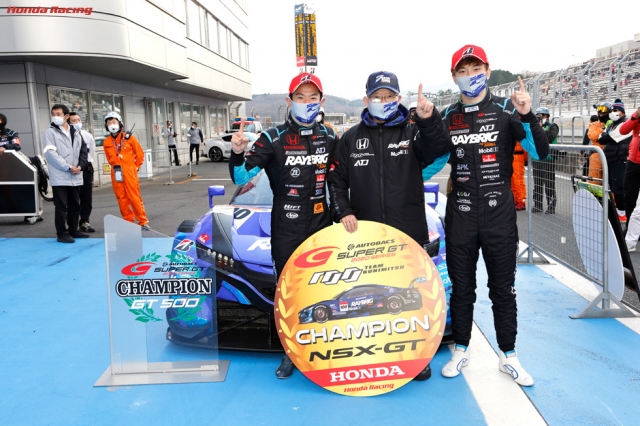 You couldn’t make up a better race than this. If it was a movie, you’d be throwing your popcorn in disgust over the scripts’ lack of believably. Here in the real world, however, it was the most poetic way possible for the Raybrig livery to end its quarter-century run.

Stanley has pledged to continue its relationship with Team Kunimitsu even after Raybrig is discontinued. How the NSX will look for the 2021 season, we don’t yet know. Given this finish, though, maybe they should let the livery live on, like that other legendary blue.

6 Responses to MOTORSPORT: The Raybrig NSX finished its final race in a jaw-dropping blaze of glory