MOTORBIKES: This 50th Anniversary Special will be last Honda Monkey ever made 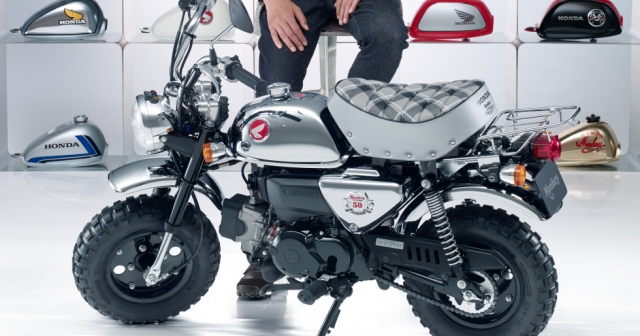 As we reported back in April, the Honda Monkey will be discontinued at the end of August after 50 years of production. To mark the occasion, Honda has created one final special edition of the famed mini-bike. The Honda Monkey 50th Special will be limited to just 500 units. 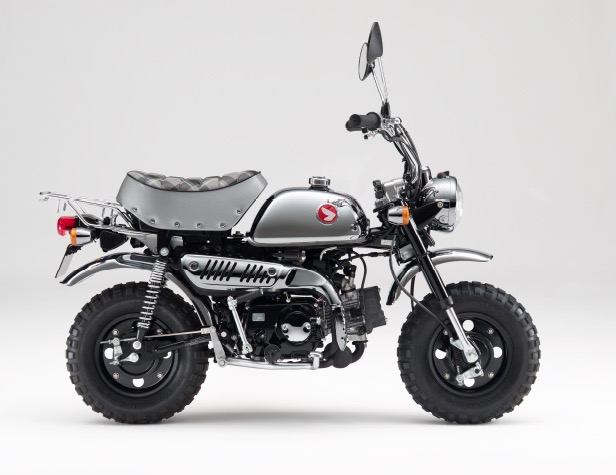 Honda is already selling a Monkey 50th Anniversary in the throwback white and red color scheme. This one, the Monkey 50th Special, will be the final final edition and turns the classic colors into monochrome.

Unique design elements include a chrome plated fuel tank, front and rear fenders, and headlight case and side cover. The wheels are painted black, and the tartan pattern on the seat is now gray. Honda also brought back the wing logo, and designed a new logo for the 50th anniversary which appears on the top of the fuel tank and the key. 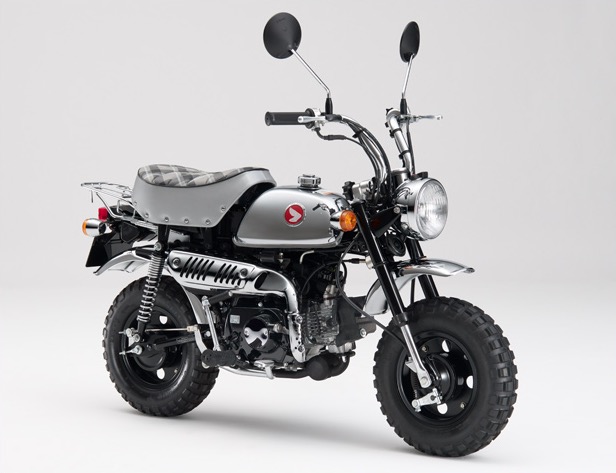 It will cost a bit more than the standard Monkey, ¥432,000 instead of the ¥326,000 of the red and white version. Honda will start taking orders on July 21, but since only 500 will be built, if they receive more orders buyers will be chosen via a lottery system. It’s quite likely they will, as the red and white version has already completely sold out and Honda has canceled all orders that went beyond its production capacity. Prices on the second hand market are already up to ¥600,000.

If you live in Japan or have a friend who does, you can try your luck here. After that, it’s sayonara for the iconic 50cc mini-bike. Somehow, a black and white version seems like a fitting send-off.

permalink.
This post is filed under: Motorcycles and
tagged: honda, monkey, z50m.

1 Response to MOTORBIKES: This 50th Anniversary Special will be last Honda Monkey ever made