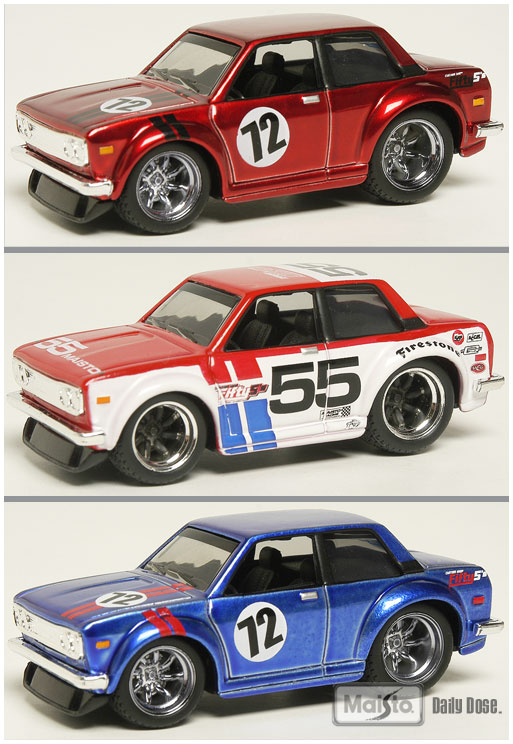 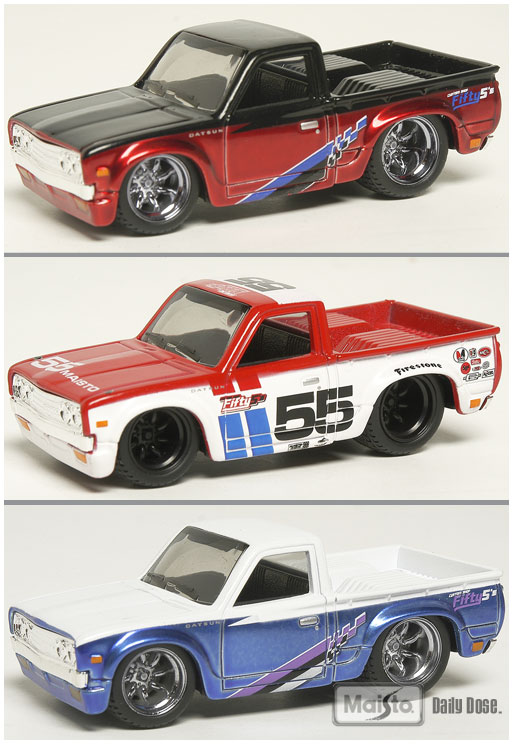 For a car, a diecast replica is the equivalent of having a bronze bust in the shape of your grinning head sitting in a museum. So when John posted Maisto‘s new Fifty-5s, it was further proof that the 1972 Datsun 510 and 1975 Datsun 620 have staked their place in automotive history. The 510 has already been honored in recent years, but as far as we know this is a first for the 620. And dare we say it looks better than the 510 in BRE livery?

The Fifty-5s lineup, new for 2010, also includes a 1995 Toyota SR5 pickup, Nissan 370Z, Scion xB, and 2008 Mitsubishi Lancer Evo, all shod with Watanabe-ish wheels. Does the existence of more diecast nostalgics mean that the real ones are finally getting some respect?