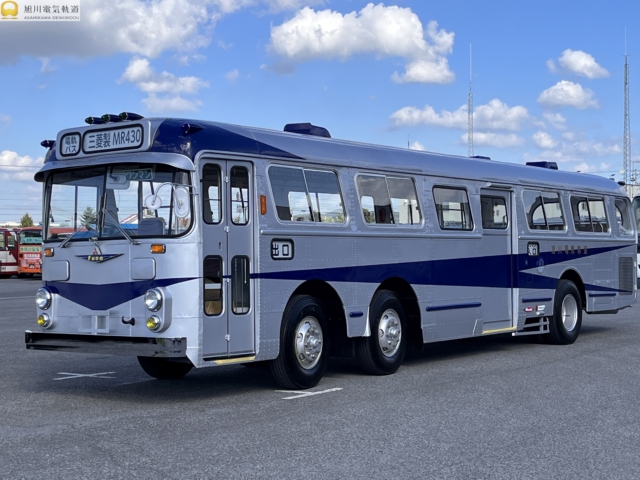 Looking like something out of an Ultraman movie, the Mitsubishi Fuso MR430 bus oozes retro-futuristic strangeness. Tri-axle buses aren’t rare, but one with two axles located at the front, both of which turn with the steering wheel, certainly is. It is believed to be the only tri-axle, dual front, rear-engined bus in the world. And until last week no running examples were known to exist. 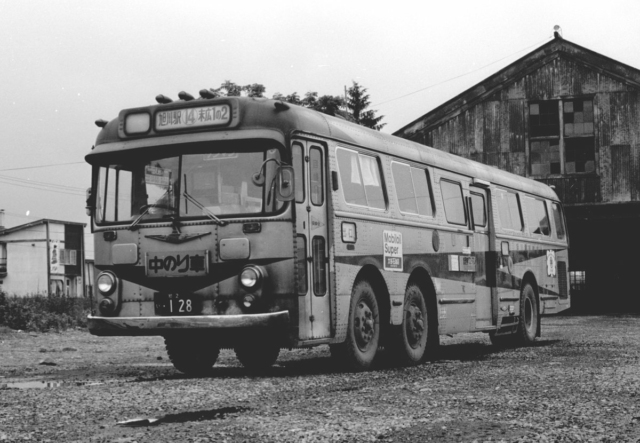 According to the Hokkaido Shimbun, only 12 of the Mitsubishi Fuso MR430 were ever sold in Japan. They were the first dual-axle model built by Mitsubishi Heavy Industries (and later by Mitsubishi Fuso after a reorganization of the parent company). Built from 1955 to 1965, they arrived at the time when most Japanese buses were of the front-engined “bonnet” type, and typically measured 10 meters (33 feet) in length. The MR430’s flat front and bizarre axle configuration with the engine at the rear was strange enough, but it was also huge. It measured 12 meters (39 feet) long and could carry 110 passengers, about 50 percent more than a typical bus of the era. 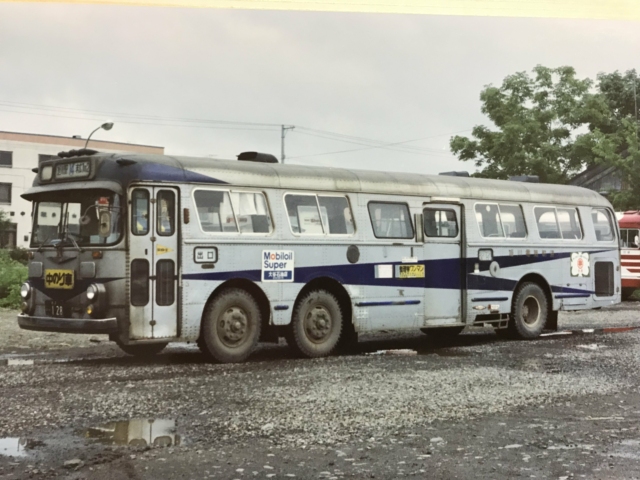 Their riveted bodywork and imposing front end also further set the Fuso apart from other buses of the era. As was the case with many heavy industry products, the body construction was farmed out, in this case to Kureha Auto Body. Its 8.6-liter V6 engine made about 220PS (217 horsepower) and a purported 521 lb-ft of torque. 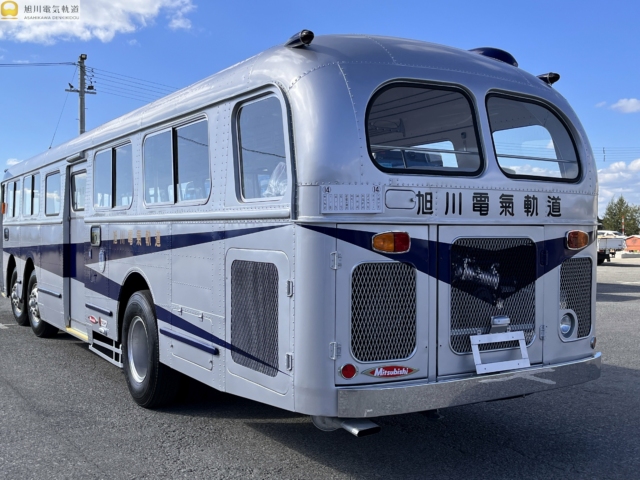 In 1963 the Asahikawa Bus company of Hokkaido, which later merged with Asahikawa Railway, purchased three MR430s during a time of rapid economic growth. The buses ran during rush hour, putting its passenger-carrying capacity to use. Unfortunately, their large size and the wide turning radius limited their usefulness. In 1978 the buses were decommissioned and sold off. 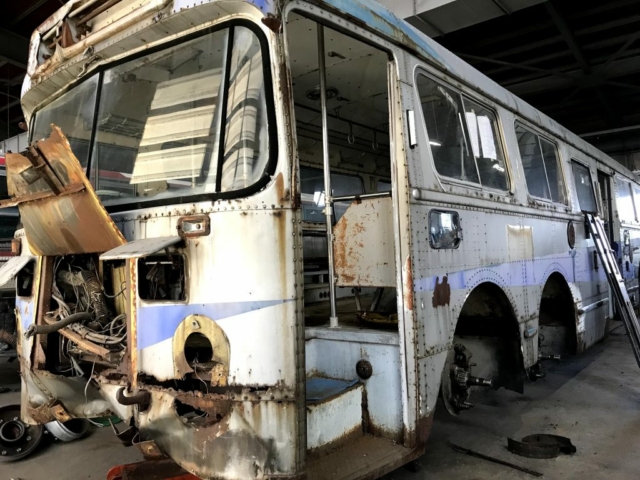 Last year, in 2021, Asahikawa Railway celebrated its 100th anniversary and began looking for an MR430 to restore. It was able to track this example through three successive owners since the company let it go. The first had used it as a storage unit on a mountain ranch. The second owner found it there and at the time Asahikawa had made an offer to restore it, but the deal fell through. It then passed into the hands of the third owner, who kept it at small shop near Tokyo. 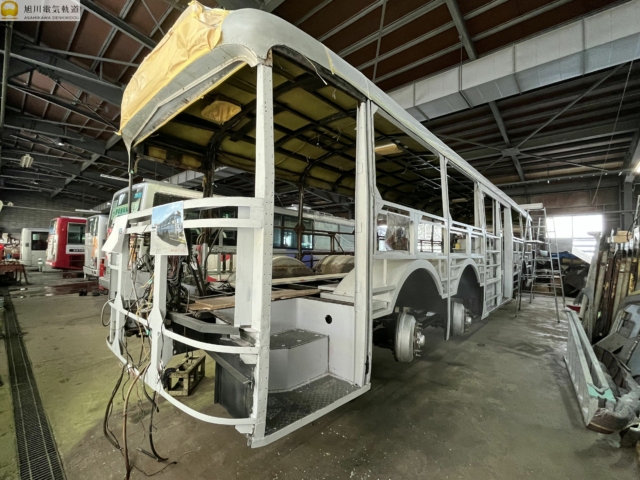 Asahikawa Railway was able to get it back, but it had been stored outside for nearly 40 years and it showed. The roof had been sunken in by heavy snow. Its unique riveted panels had rusted away, and the front bumper was bent. Asahikawa decided to rebuild the each body panel, removing all 3,000 rivets and restoring the panels to reskin the exterior. 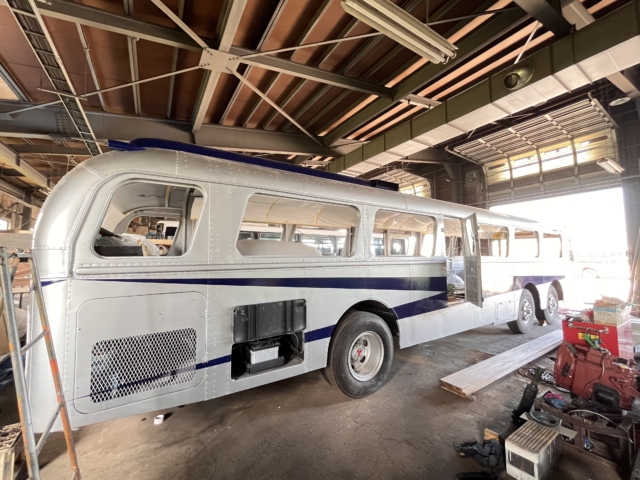 Parts proved extremely hard to find, but so was experience with the bus. The Asahikawa Railway maintenance crew had only one individual working there who worked there during the original tenure of the MR430. Turns out he didn’t work on them at the time, so he still went into the restoration knowing very little about the bus. Luckily, the engine survived without much damage and could be restored. Otherwise, finding parts would have been near impossible. 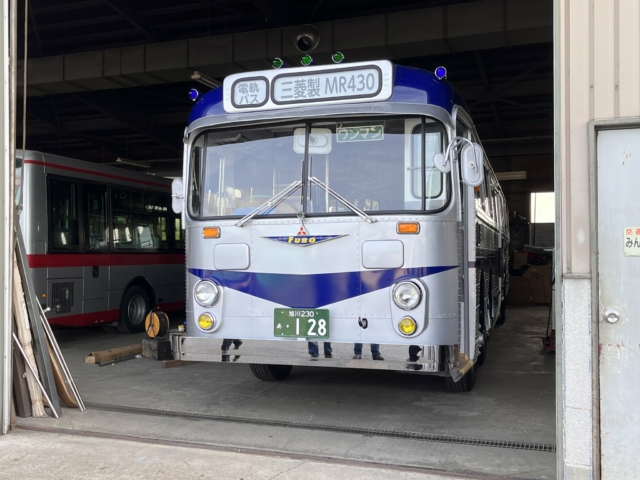 After about a year the restoration was finally complete. The bus passed inspection on September 27 and was issued a license plate that says “·1 28”, its original registraion number. According to Kuruma News, the cost of restoration was as much as it cost to buy an entirely new bus.

The Asahikawa MR430 will now serve as a special tour bus and rolling piece of history. There is reportedly one more example located in Kyoto, but it is not drivable, and Mitsubishi Fuso doesn’t have one in their own collection. It’s great to see that such a rare and unique piece of automotive history will live on for others to see. An Asahikawa Railway’s representative said, “We want people to learn about the evolution of buses as public transportation.” 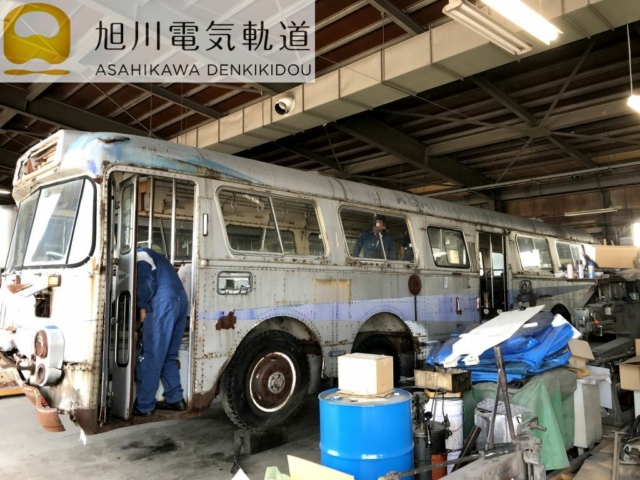 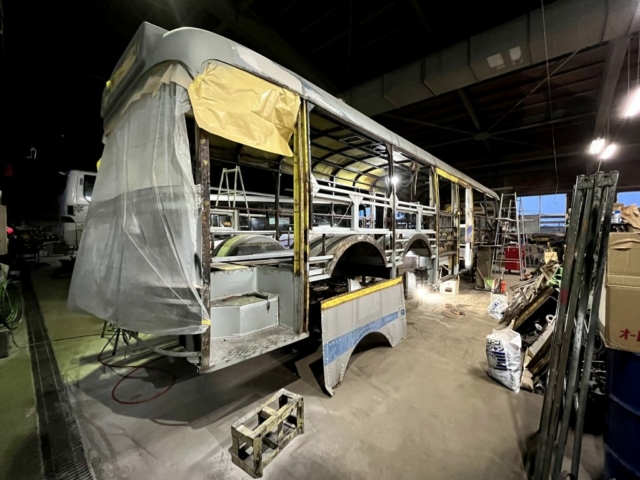 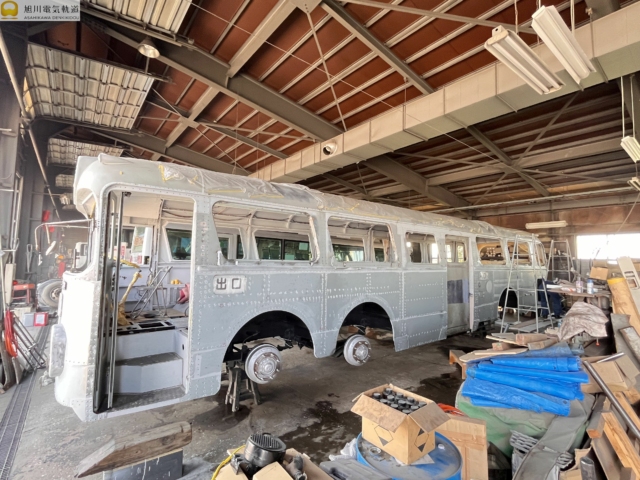 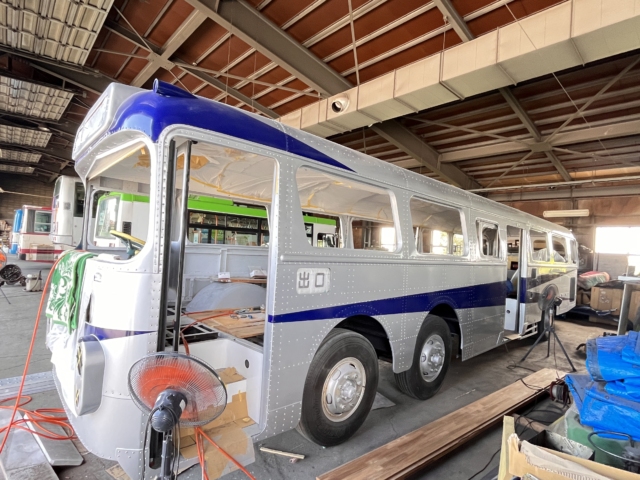 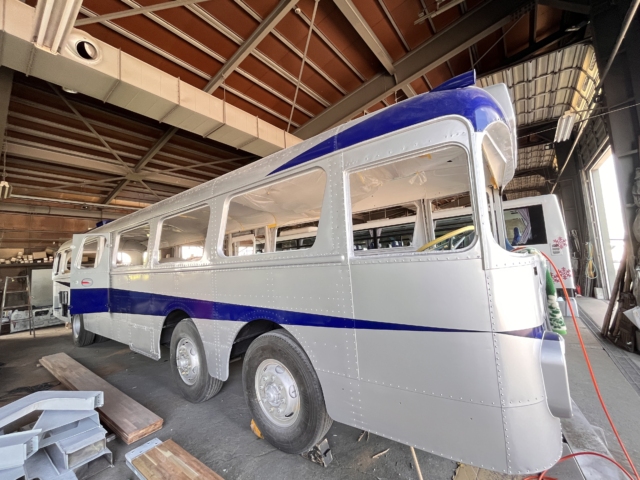 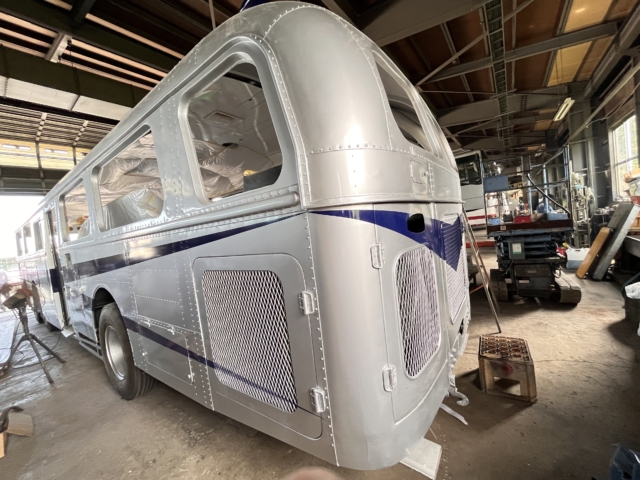 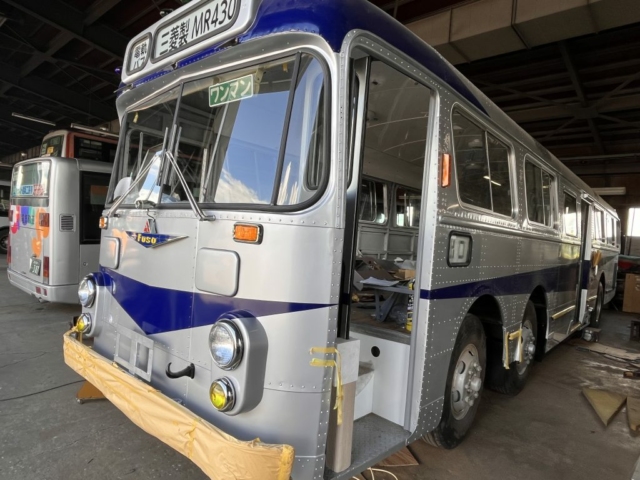 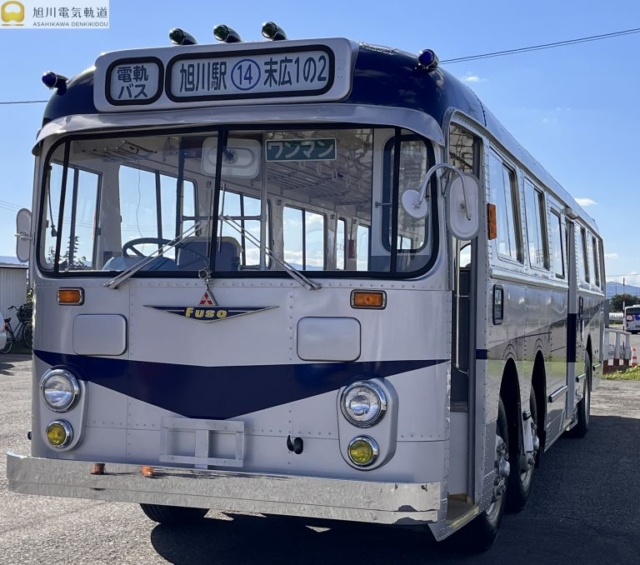