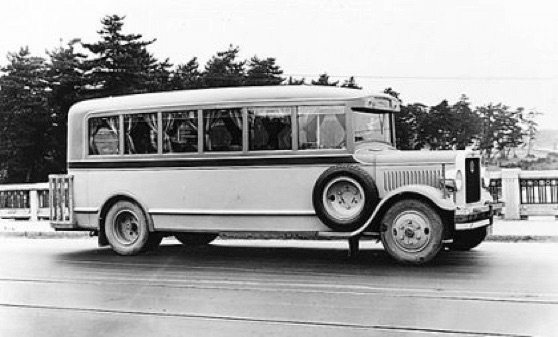 It has now been 90 years since the first vehicle to wear the Mitsubishi Fuso brand was built. The sub-brand’s lineup of heavy-duty trucks and buses has been part of Japan’s automotive landscape for nearly a century. While perhaps not as alluring as rally racers or turbocharged sports cars, countless Japanese had their first rides to school in a Fuso Rosa kindergarten bus, or have had their apartment towers built with the help of Fuso Super Great dump trucks.

The original Fuso was built when Mitsubishi Heavy Industries was still known as Mitsubishi Shipbuilding. The Fuso B46 bus emerged out of the firm’s Kobe Shipyard in May 1932, but unfortunately the exact date was lost to history. The naming had been opened to internal submissions, and it is said that an engineer at the shipyard came up with the name using the word derived from fusang, meaning “where the sun rises” in ancient China. The word Fuso can also be used to describe hibiscus syriacus mukuge, one of the 250 species of hibiscus tree.

The Fuso B46 measured seven meters in length and could seat 38 passengers. Under the hood, it was powered by a 7.0-liter six-cylinder engine making 100 horsepower. The first customer to take delivery of the B46 was Japan’s Ministry of Railways. 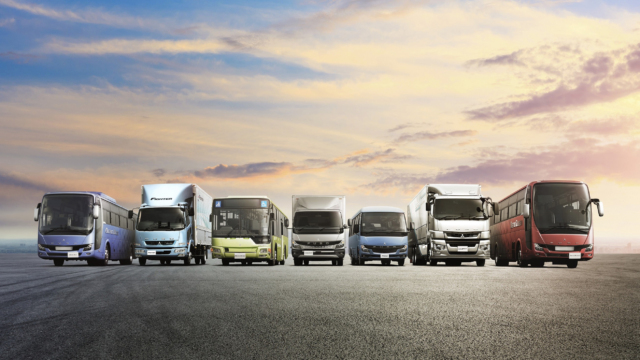 Mitsubishi went on to use the Fuso name on a variety of buses and trucks, including the 4-ton KT1 in 1946; Japan’s first large cab-over truck, the 8-ton T380 in 1959, and the Rosa minibus in 1960. In 1970 Mitsubishi Motors was spun off of Mitsubishi Heavy Industries as its own company, one with its own tumultuous history.

In 2003 Fuso was spun off from Mitsubishi Motors. When DaimlerChrysler sold off its stake in Mitsubishi in 2005, it increased its stake in Fuso, and today Daimler Truck owns 89.29 percent of the company. The 90th anniversary isn’t passing with much fanfare officially, which is why we are commemorating it today. Any enterprise that makes it this far deserves at least a bit of recognition.

permalink.
This post is filed under: News and
tagged: commercial, fuso, mitsubishi.