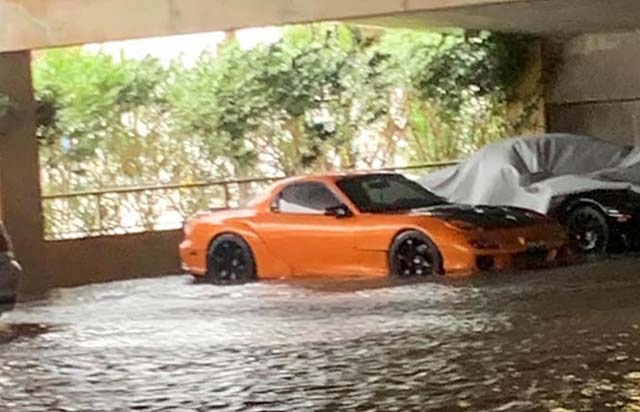 Here’s an uplifting story, centered around something we can all agree on: love for the FD3S Mazda RX-7. Mississippi has been hit hard by Tropical Storm Cristobal. During the storm, someone posted on Facebook photos of an orange FD parked on the bottom floor of a flooded parking garage, already up to its rocker panels in water. That’s when Gulfport resident and Japanese car fan Austin Owens leapt into action, even though he had no idea who the owner was. 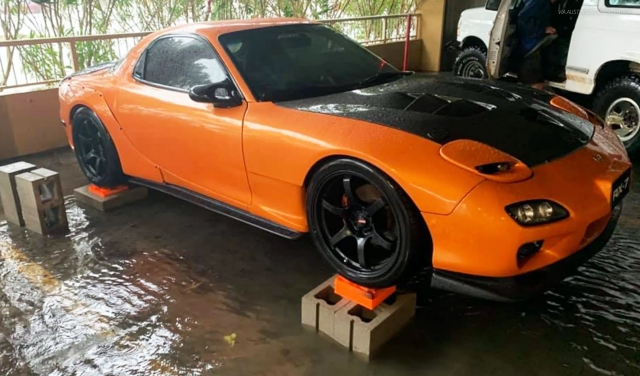 All Owens knew was the location of the car, which someone posted with photos in the Biloxi Cars and Coffee Facebook group. It was parked on the bottom level of the Golden Nugget Casino’s garage, about 20 minutes away. The RX-7 was there with a Ferrari 360 and a BMW 7-Series.

According to local ABC affiliate WLOX, Owens and a friend immediately headed to Home Depot to buy some cinder blocks. Then He loaded them, along with a floor jack, into his Ford Bronco and headed to the Golden Nugget. As reported by Jalopnik, they had to drive through several heavily flooded areas to reach the Mazda. 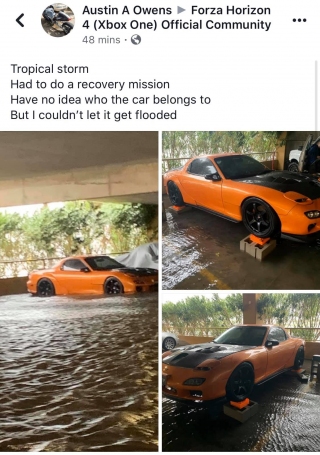 Upon arrival Owens raised the RX-7, placing the cinder blocks under the wheels too elevate it above flood level, likely saving the car in the process. He also helped the Ferrari’s owner, who had arrived to tow it to safety, load it onto a trailer.

Thanks in part to Owens, both the Mazda and Ferrari were saved from the flood. No word on what happened to the BMW. As it turns out, the owner thought parking it in a garage would protect it from the rain.

When asked why he went out of his way to save a total stranger’s car, Owens told Jalopnik, “It’s a beautiful, rare car, and there’s not too many of them around anymore. It’s one of my dream cars.” Sadly, his Bronco appears to have suffered some transmission damage driving through flooded waters. Owens is a total Batman-level hero, and we wouldn’t be surprised if a fund of some kind were to be set up for him soon. We’ll update if we hear anything more. And may we all be lucky enough to have an Austin Owens looking out for the Nihon steel of our cities.