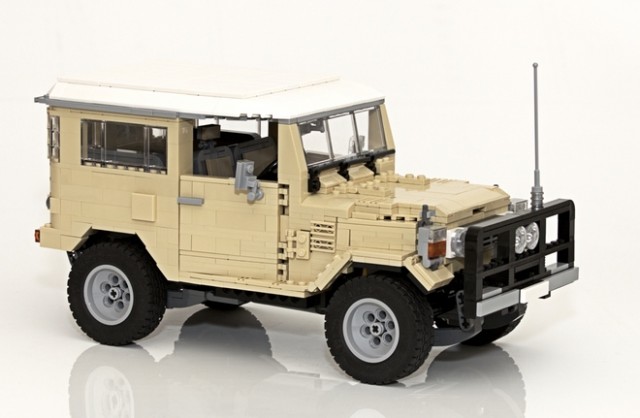 Do you want to see a Lego Land Cruiser set? There’s a 40-series up for evaluation right now, and if it gets enough votes it could become an official Lego kit.

Lego Land Cruisers are apparently a popular thing. This BJ42 is currently on the Lego Ideas website, where Lego enthusiasts submit their ideas for evaluation from the company. If it gets enough votes, it will advance to a Lego committee that will determine whether it’s green-lit for a retail Lego set. 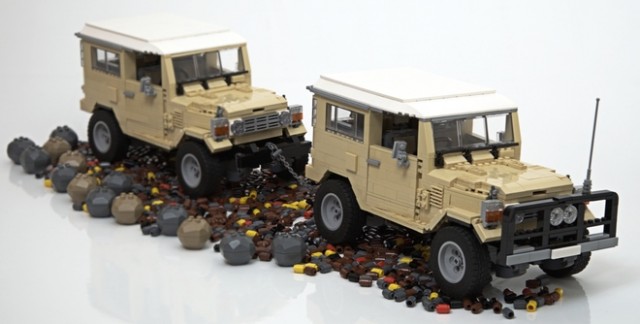 The Land Cruiser is the brain child of Matthew Inman, and is comprised of 1,700 individual bricks.”My first car was a diesel 40 Series Landcruiser, and apart from the sentimental value, I knew the distinctive body shape and interesting features would make a great model,” Inman says.

If the classic 4×4 gets 10,000 supporters, it will be placed in front of an actual Lego review panel. Currently it has 1,000 votes, which has earned it an extra 182 days on the site. Lego has already made a Mini Cooper and a VW Kombi bus as licensed cars. To see the Land Cruiser as the next kit, go ahead an vote for Inman’s project at the Lego Ideas site.