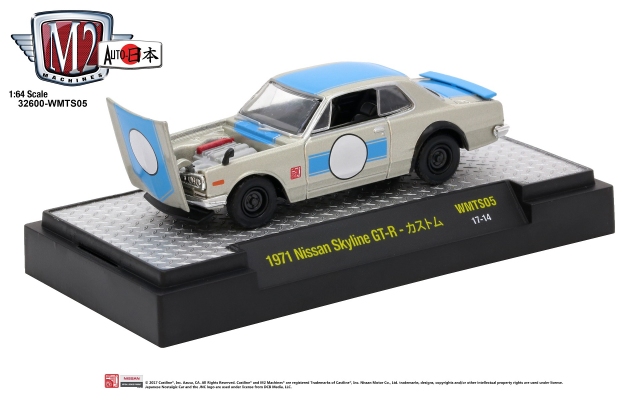 Here is the first look at the castings of M2 Machines’ new Auto-Japan series. If you aren’t familiar with M2, they are highly detailed 1:64 scale cars that have traditionally been American muscle cars and hot rods. This is their first foray into the world of Japanese classics, and there are three models in the initial release. Each one of those in turn has three variations — stock, custom and a chase car similar to a Hot Wheels Treasure Hunt. 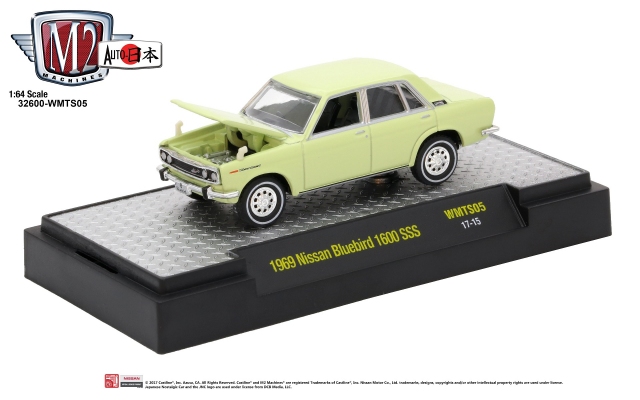 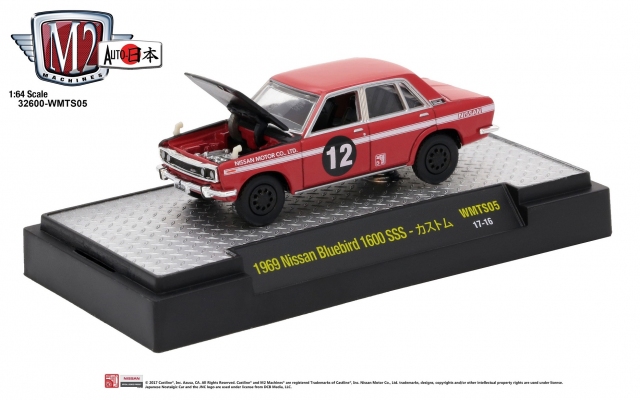 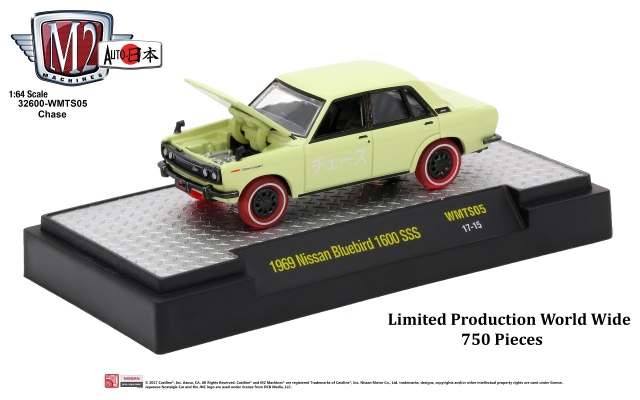 The first of the cars is the 510 Bluebird. Specifically, it’s a 1969 Nissan Bluebird 510 1600 SSS sedan. The stock version is finished in kasumi green. The custom version is finished in the colors of the 1970 Safari Rally winner. The chase version is the same as stock, but with blacked out trim and red tires, and is limited to 750 pieces globally. 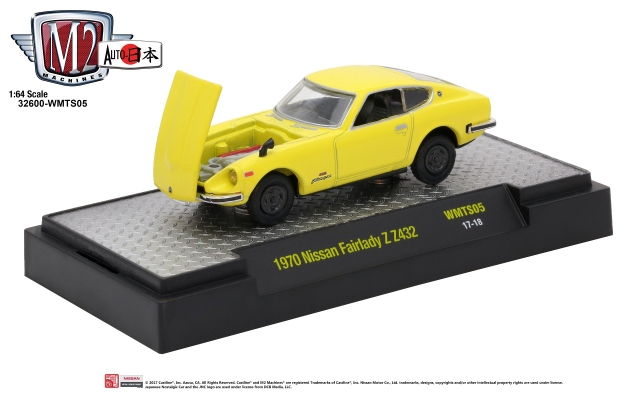 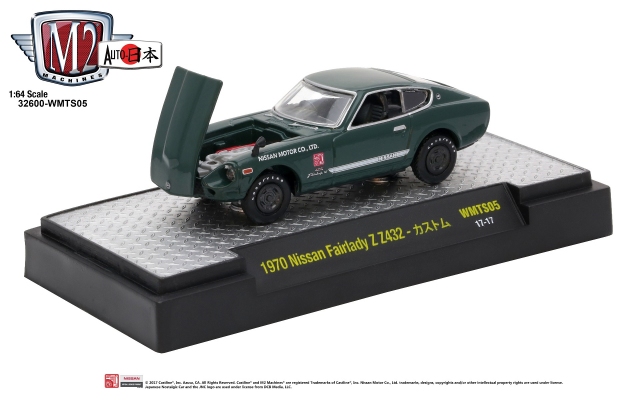 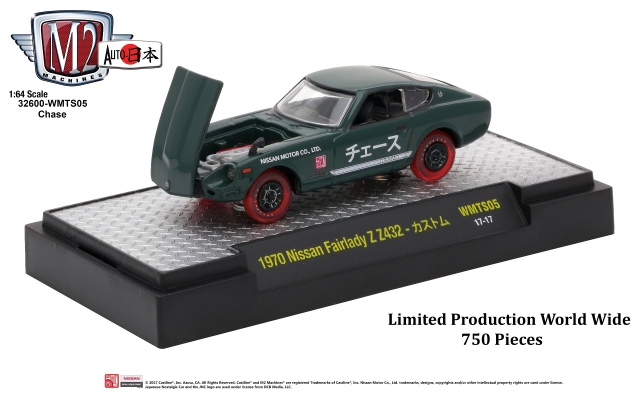 Next up is the S30 Nissan Fairlady Z, which has been rendered in the highest trim level, the JDM Fairlady Z432. The stock version is yellow. The custom version is a dark green, de-bumpered competition version with racing stripes. The chase version takes the custom version and adds black trim and red tires and is again limited to 750 pieces globally. 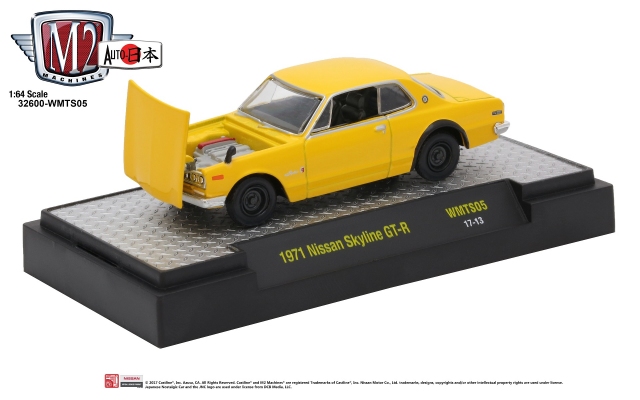 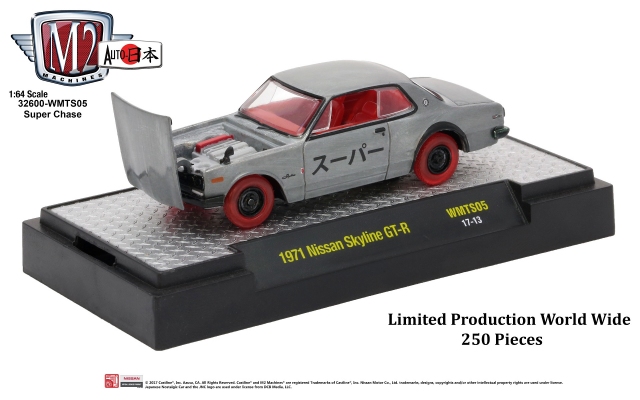 Last but not least is the Hakosuka, done in the guise of a 1971 Nissan Skyline GT-R. The stock version is painted in Safari Gold. The custom version wears the livery of some of the later Hako touring cars. In this case, the chase version is what M2 calls a “Super Chase,” which has an clear-coated but unpainted body, black trim, and red interior and tires. This one is ultra rare, limited to only 250 pieces globally. 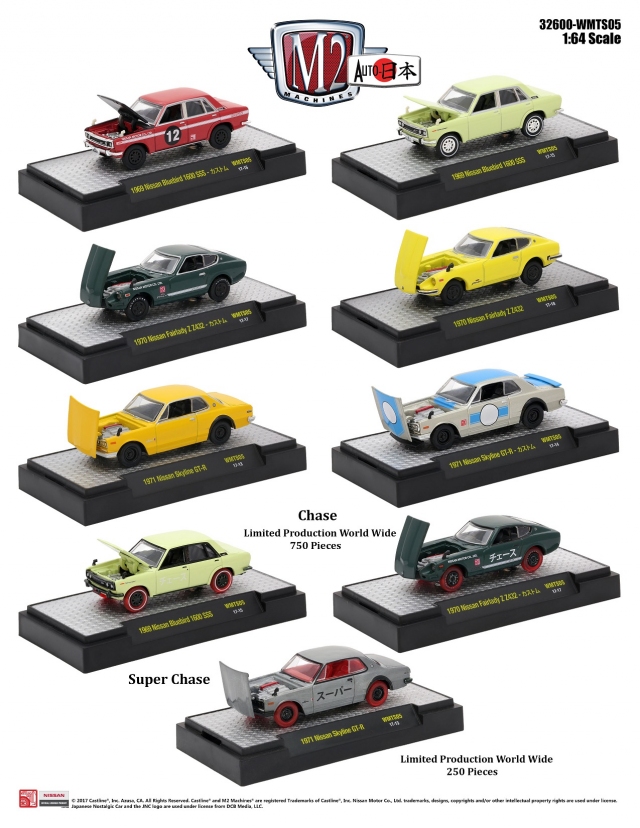 M2’s casting techniques allow for variations using the same basic tooling, so don’t if this line is successful don’t be surprised if you see variations like a 510 Coupe in upcoming releases. The separate grille and taillight pieces also allow for infinite variations for year, Japan- or US-spec. This first release is a Walmart exclusive. Variations will show up at other retailers soon.