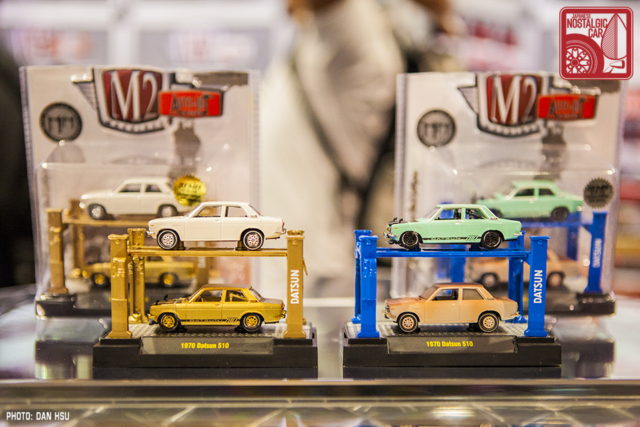 Every year at SEMA, our friends at M2 reveal some of their upcoming cars. We are very excited to confirm that we will be sharing some real estate on diecast Nihon metal with Mooneyes, in one of the very rare occasions that they have permitted their livery to be used on Japanese cars. 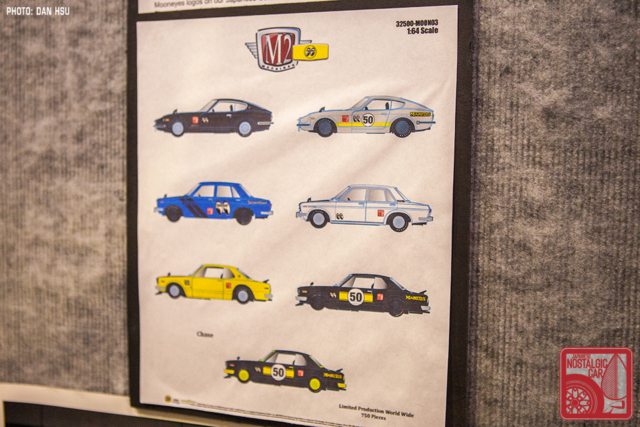 There is the upcoming M2 Mooneyes set of Japanese cars, as seen on the Nissan Fairlady Z, Bluebird 510, and hakosuka Skyline castings. Each is finished in black, blue and yellow, respectively, for standard-issue release, while silver, white and black are used exclusively for the chase cars. Then there’s an ultra-rare super-chase Hakosuka in black with gold bumpers and wheel centers. Mooneyes has never used their livery on Japanese diecasts outside of Japan, and we are honored to have the JNC inkan on their cars. 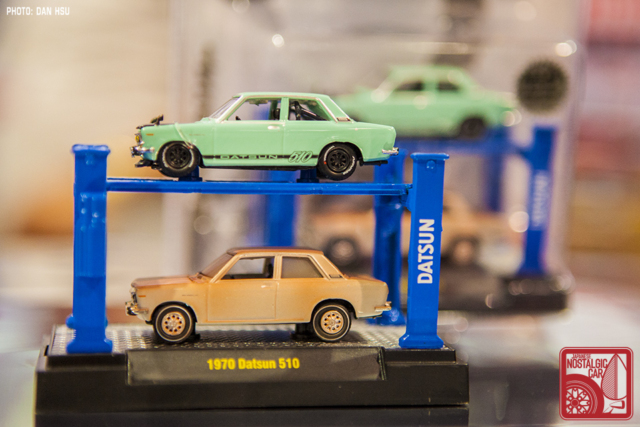 Of course, ever year M2 also issues some SEMA exclusive cars. This year, that included a set of Datsun 510 Auto-Lift 2-packs. According to designer Sean Taylor, the idea is a “before and after” pair. A stock white 510 covered in dust in patina taking the place of the “before” and a green lowered version. The “after” shows a resto-modded version in green, lowered with fender mirrors, wheels, and a roll cage. Taylor says if you look under the hood, you’ll even find an SR20 in place of the L16! 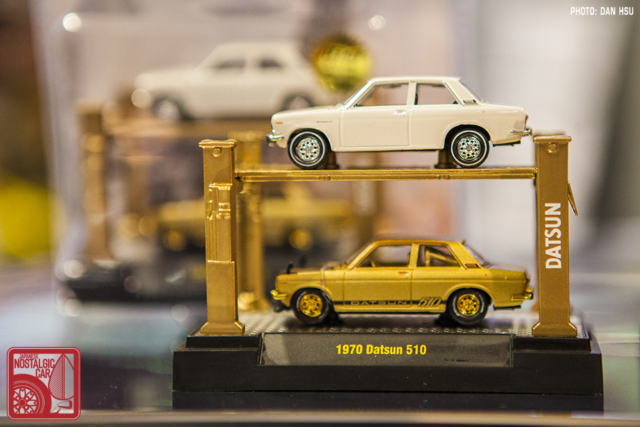 As M2 is wont to do, they’ve also issued a Chase version, with the same stock white 510, bu now completely clean. The modified version now is finished in gold, as is the four-post lift. The former is limited to 600 pieces and the latter is limited to 300. 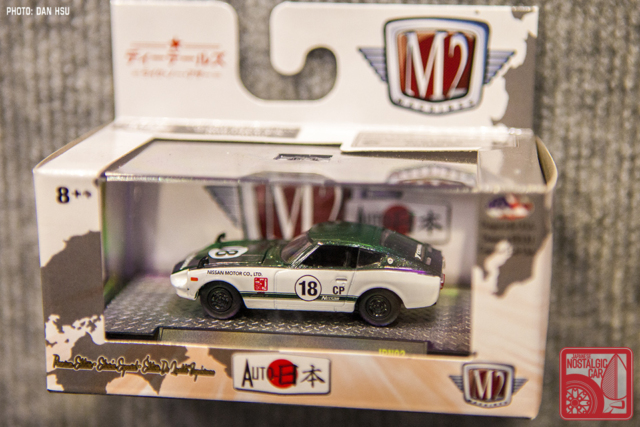 It’s an exciting year for M2 collectors, especially as Japanese cars grow in popularity in the diecast world, and we are stoked to be a part of it.