MINICARS: Can you help us identify these Japanese race car toys? 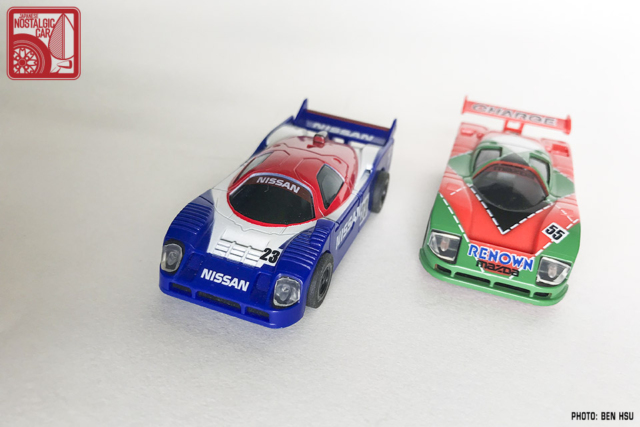 I recently rediscovered these toys of two historic Japanese endurance racing prototypes. They are completely plastic, have no branding underneath, but are extremely well-made examples. Can you help us identify where they came from? 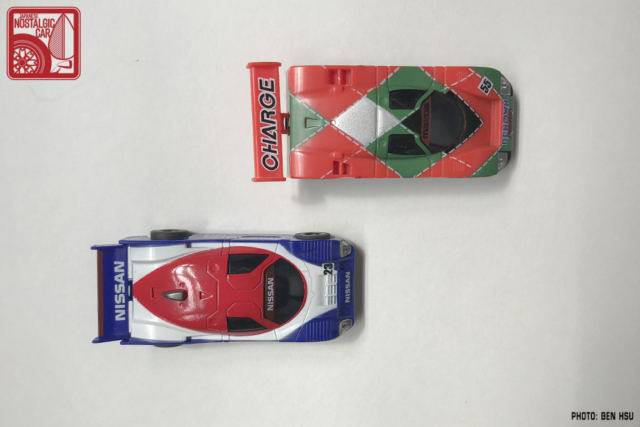 Last week I opened up a box of old toy cars and posted an old A60 Celica XX police car. Many of you asked to see more, so here they are. Unfortunately, I can’t remember where they came from, and there is no packaging. Even JNC‘s resident minicar expert Ricky Silverio hadn’t seen them before, and he is rarely stumped. Maybe one of you otakus can figure it out. 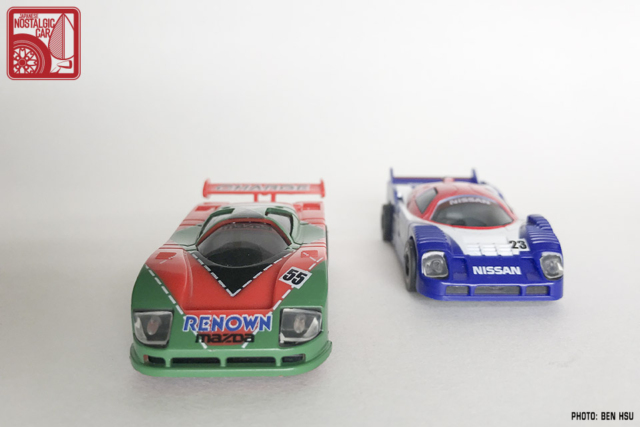 The first car depicted should require no introduction for JNC readers. The Mazda 787B was a 4-rotor monster that became the first Japanese car to win the grueling 24 Hours of Le Mans in 1991. It is, of course, decked out in clothing company Renown’s distinctive orange and green livery. 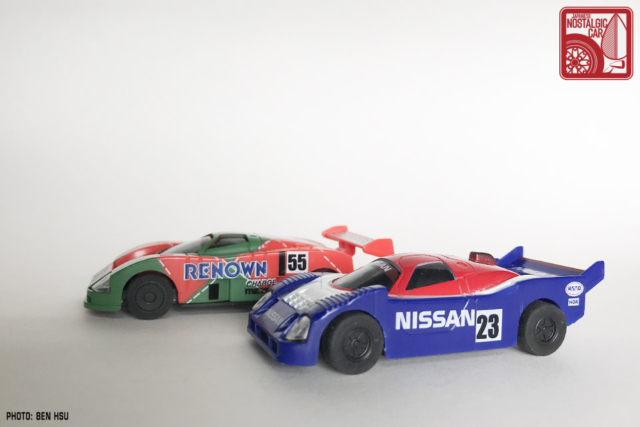 The second car is Nissan’s enduro challenger from the same era, the R91CP. In 1992, the 671-horsepower DOHC V8 racer became the first Japanese car to win the 24 Hours of Daytona outright. It wears Nissan’s blue, red and white tricolors. 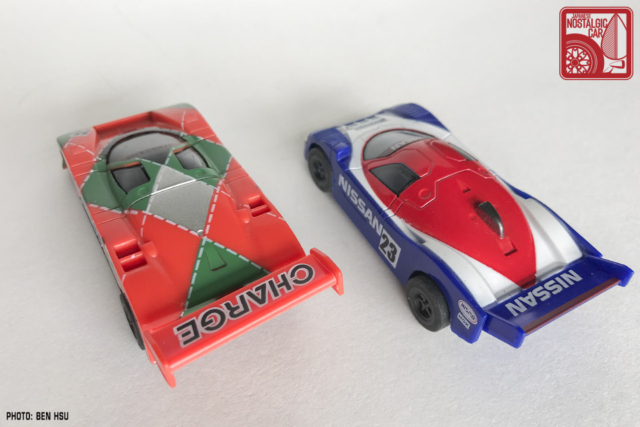 Despite being completely plastic, the quality of the paint and details is pretty impressive. They even took the time to make the intake scoop of the R91CP silver, and to print the dotted lines on the 787B. 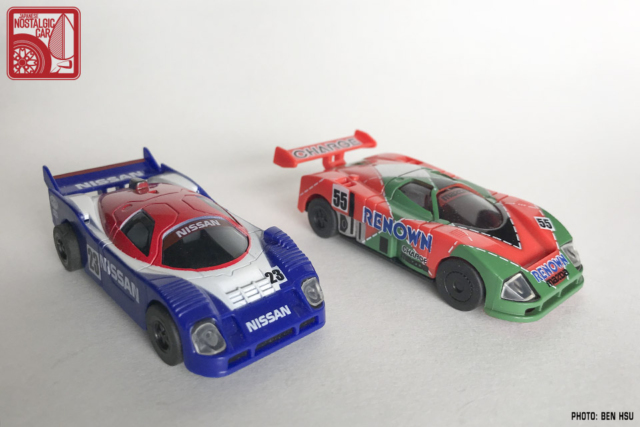 The general size and lack of branding leads me to believe these might have been Japanese coffee can promos. Once in a while, coffee companies will randomly attach a small toy to their canned coffee, the kind you buy in kombini stores all over Japan. 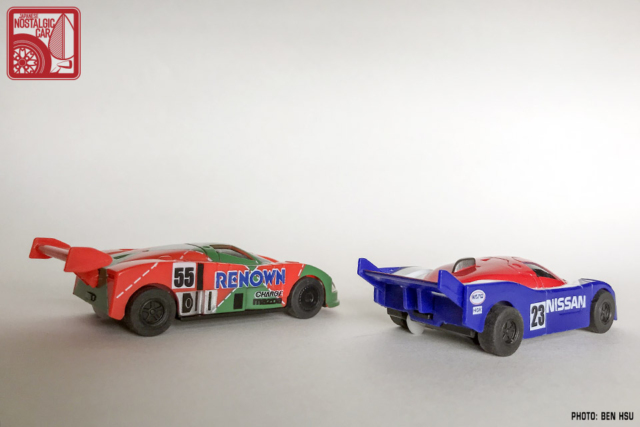 But, these look too big to fit on a regular can of Boss, you might say. Well, they could be the rare double can promos, which require you to buy two coffees to get the toy car, like this Kenmeri Skyline we found a while back. 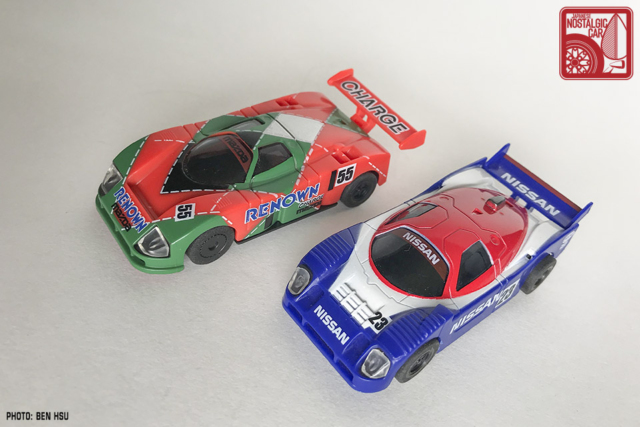 If they did come from a coffee promo, it  would mean there are likely more cars in the series, done in a similar style and scale. Most coffee promos consist of six to twelve cars, and you have to run around to and visit several different stores to find them all. Luckily, you’ll be consuming a steady stream of coffee so you can stay energized in your quest. 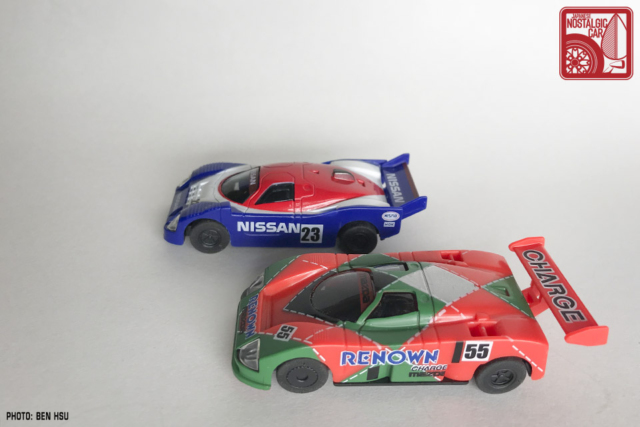 Do any JNC readers have or recognize these cars, or perhaps others in the series? It would be great to know which ones we’re missing, or where they came from in general. Also, we can keep on posting more random JDM treasures if you are interested. Let us know in the comments.

permalink.
This post is filed under: minicars and
tagged: 24 Hours of Daytona, 24 Hours of Le Mans, 787b, mazda, minicars, nissan, R91CP.

16 Responses to MINICARS: Can you help us identify these Japanese race car toys?