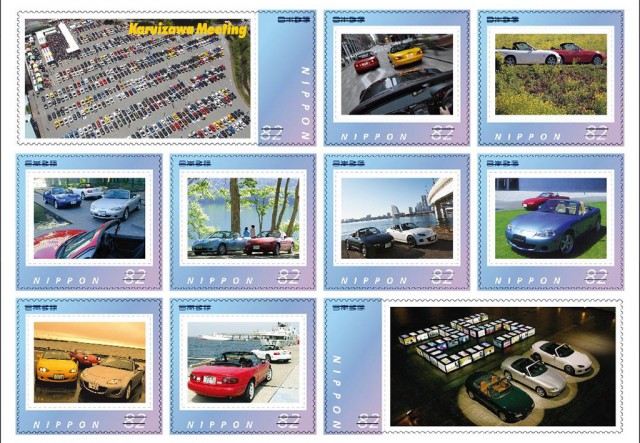 On Monday, the Japan Post released a series of commemorative stamps and a 1:64 diecast car to honor the 25th anniversary of the Mazda Miata and the upcoming debut of the fourth-generation Mazda MX-5 on September 3. We’ll be on hand at Mazda Raceway Laguna Seca for the unveil so watch this space, but until then, stamps! 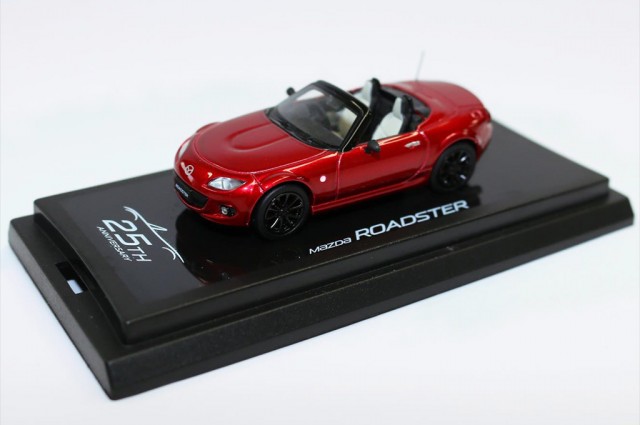 There will be two sets of stamps. The first set contains photos of Miatas throughout the years is the only one of the two that will come with the diecast car. The car itself is one of the special 25th anniversary edition Mazda MX-5s that sold out in 10 minutes earlier this year. The price is ¥3500 and is limited to 4,500 pieces. 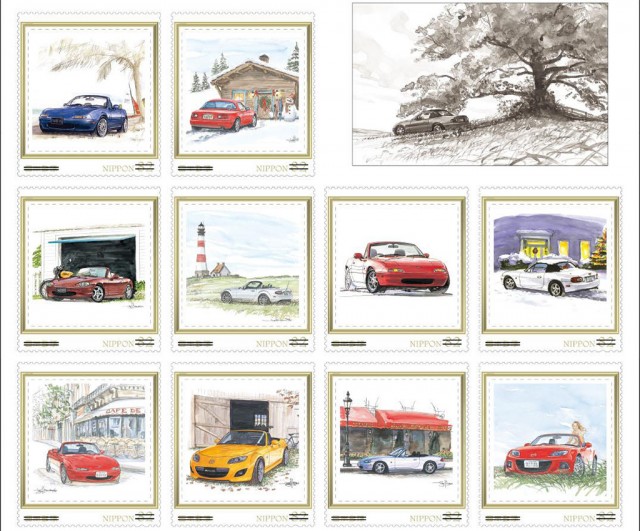 The second set features the artwork of illustrator Kazuhiro Ikeda, also known as BOW, one of the most famous automotive artists from Japan. This set does not include the car, will sell for ¥2000, and is limited to 3,700 pieces.