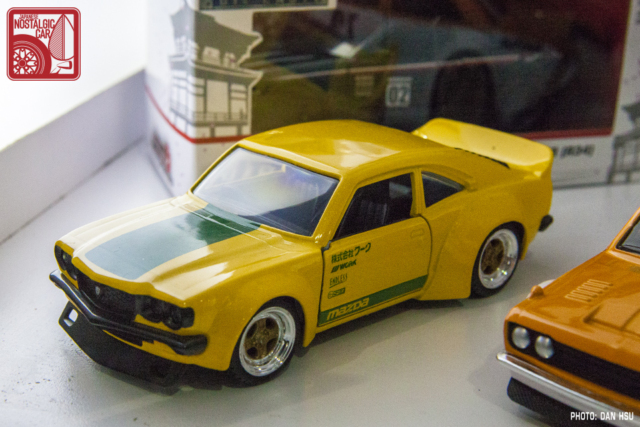 At SEMA, Jada Toys unveiled several new castings of Japanese classics. As part of the JDM Tuners line of 1:24, 1:32, and 1:64 scale cars, the releases include several favorites in the pantheon of JNCs. 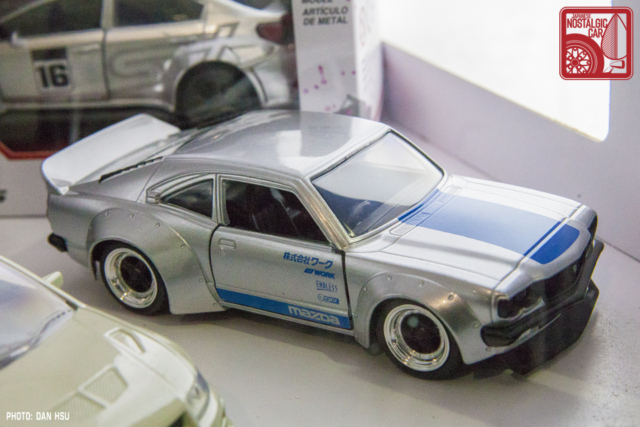 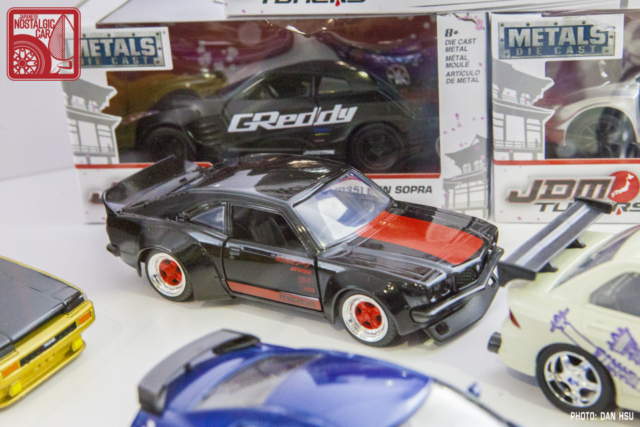 First up are a series of 1:32 Mazda RX-3 racers, with Katayama flares and what appear to be Work Equip 40 wheels. Three colors were shown, including silver and blue, black and red, and a very Katayama-esque yellow and green. 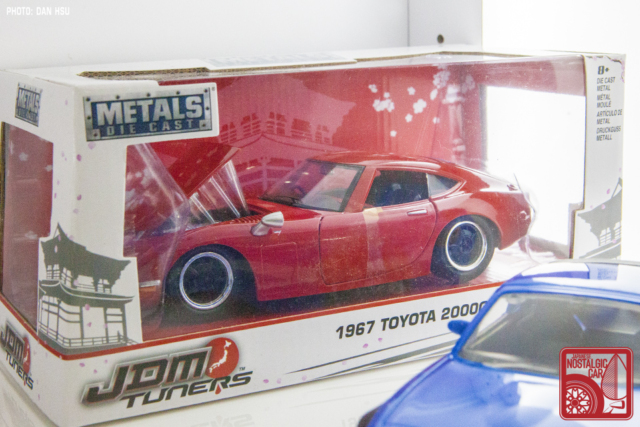 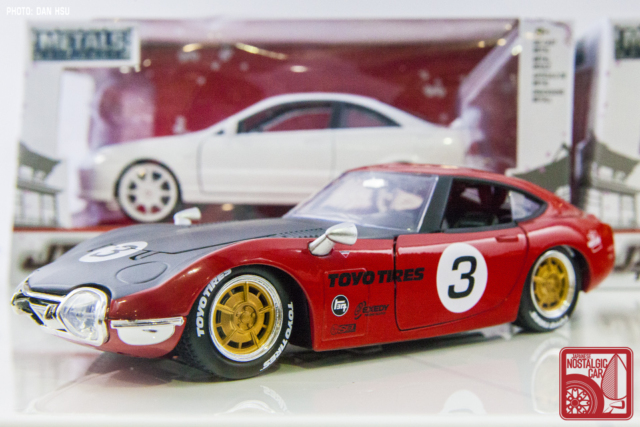 Another new casting is the ultimate JNC, the venerable Toyota 2000GT. Shown in both stock and racing versions, it is one of the few examples of Toyota licensing still in effect outside of Japan. Also seen in the background is a 1:24 Acura Integra. 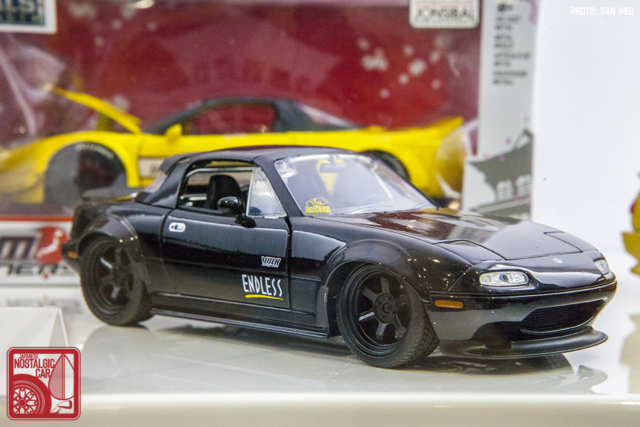 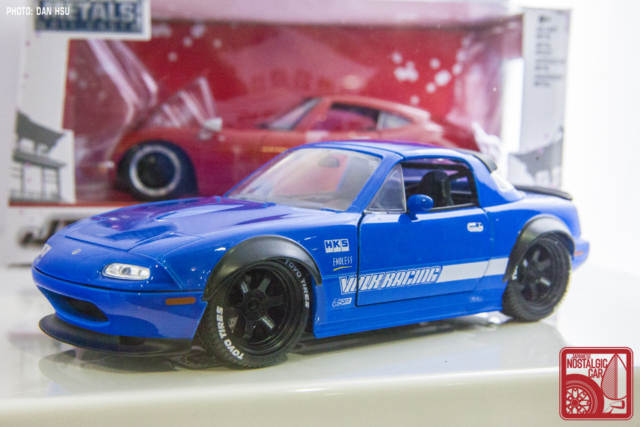 The popular NA Mazda Miata also gets the 1:24 treatment, equipped with Volk TE37s. Unfortunately, the fender flares are a bit much on this casting, resulting in wheels and tires that don’t fill out the bodywork. We do, however, like the Brilliant Black and Mariner Blue color choices. 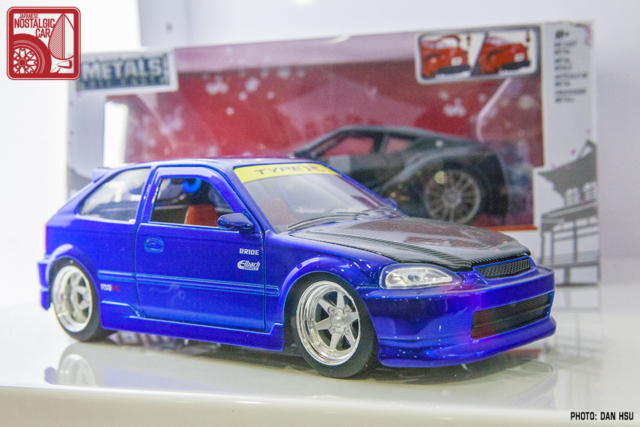 The EK Honda Civic also makes an appearance in what appears to be Electron Blue Pearl (though in reality the color was never offered on the hatchback, only the Si coupe). Wheel offsets look more appropriate for RWD cars, but overall it’s a great opportunity to get the EK hatch in 1:24 scale, as most castings of this model use the coupe body. 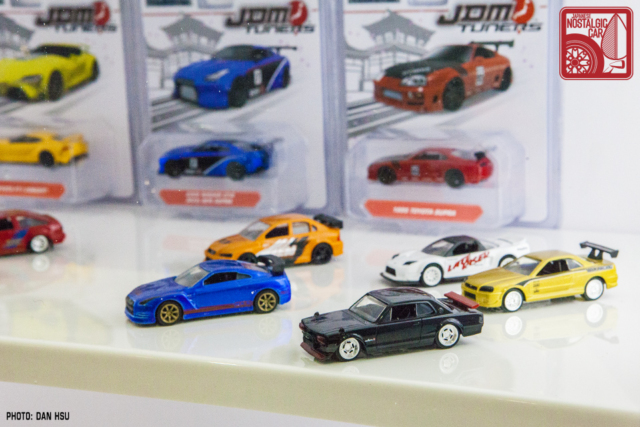 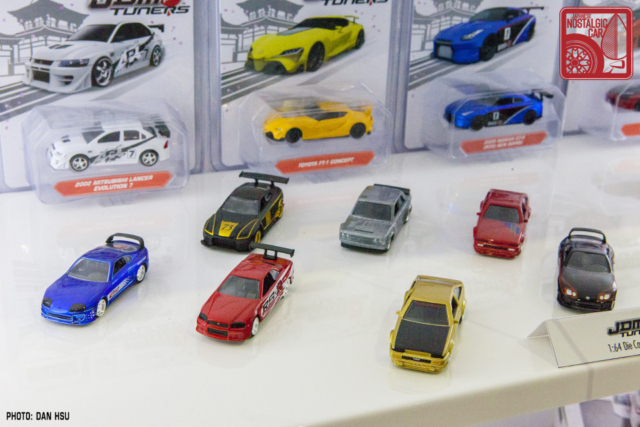 The 1:64 line expands with new castings, including a Datsun 510, Toyota AE86, and hakosuka Nissan Skyline. Recolors of older releases include  the Toyota Supra, Mitsubishi Lancer Evolution, Acura NSX, and R34 and R35 GT-Rs. We dig the R35 with the 1972 Tokyo Motor Show kenmeri Skyline livery.

Expect these to start trickling into stores later this year.