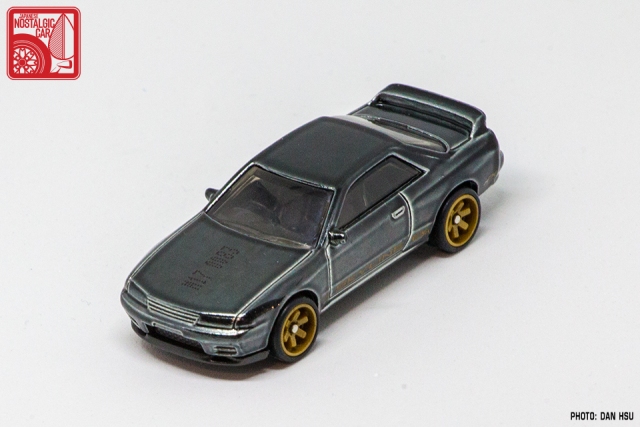 We at JNC are proud to announce the next Hot Wheels car to bear our logo, the legendary R32 Nissan Skyline GT-R. This is the first casting beyond the chrome-bumper era to wear the mark, and we couldn’t think of a better car to represent the 80s and 90s era of JNCs. 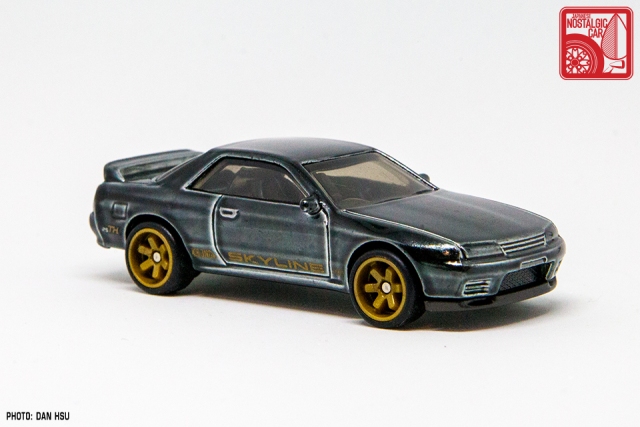 The real R32 Skyline GT-R was a legend in its own time, an undefeated racing machine, a reignition of the original GT-R’s legacy, a darling of the tuner community, and a cultural shift that recognized Japan as an automotive superpower. Its charms are too many to enumerate here, but suffice it to say it is an icon. 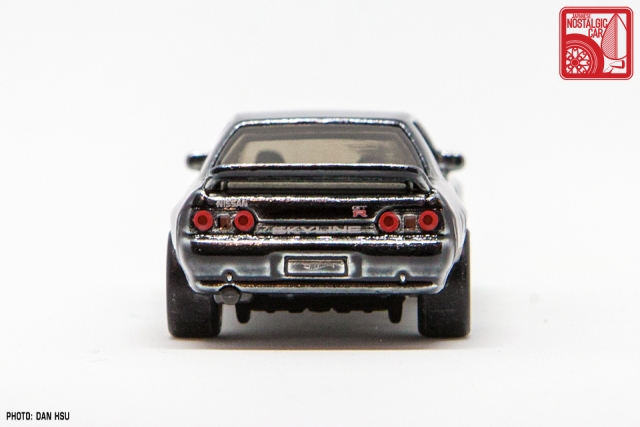 As it happens, this isn’t even the first R32 casting Hot Wheels has created, making it one of the rare cars that the company has immortalized twice. The first debuted in 2002, designed by Alec Tam, whose father Paul brought to life many of the beloved Redline era cars like the Whip Creamer, Sweet 16, and Evil Weevil. It came out during the height of The Fast and The Furious tuner craze, kitted out with a chunky aero bits and equipped with a giant wing as was de rigueur then. 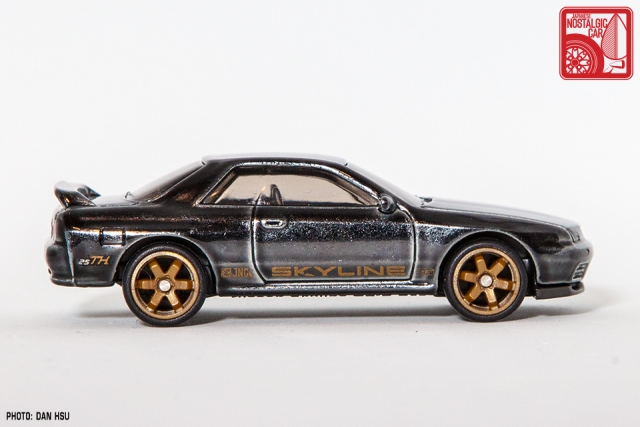 The current casting made its debut in 2019 in much more stock form. That has allowed Hot Wheels much more freedom to create versions like the HKS liveried version in the Car Culture Open Track series. We would be surprised if there weren’t other famous liveries in future releases. After all, the R32 Skyline GT-R is one of the most successful Japanese racers of all time, and there are many colorways to choose from. 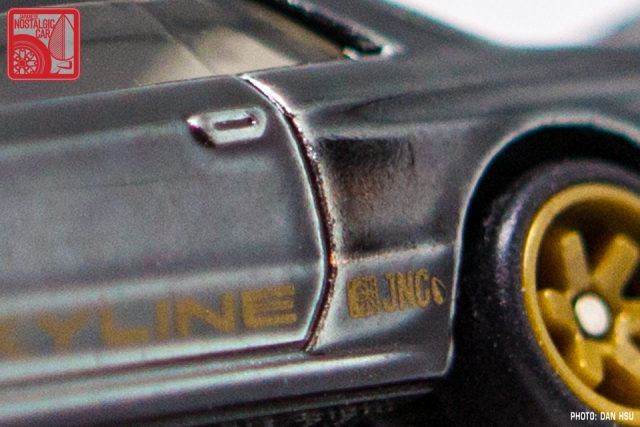 For now, though, we are happy to say that the version with the modernized JNC logo will be finished in Godzilla’s most iconic color, Gunmetal Gray. Also, since this is such a special car, it should be no surprise that it will be offered as a Super Treasure Hunt variant, the very first of 2020. The regular will have a pearlescent gray finish with silver graphics and PR5 wheels. The Super Treasure Hunt seen here will feature Spectraflame gray paint, a nod to the original Redlines, gold graphics, and gold TE37-esque wheels. 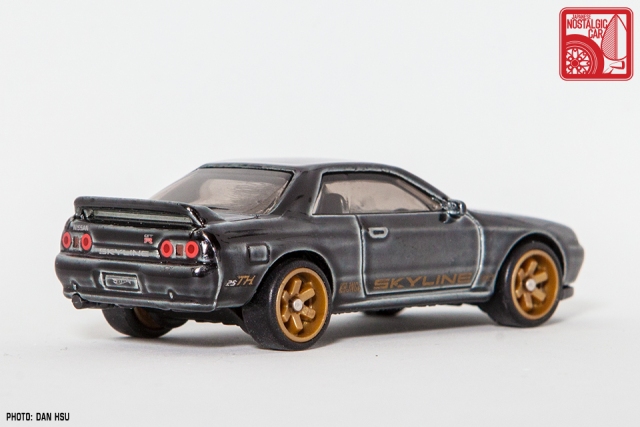 We think the car turned out great, especially if the prototype seen here is any indication of what’s to come. It lands in the first assortment of 2020, which arrives in stores this fall. We’re fairly certain that this will be one of the hardest cars to find, so good luck out there!