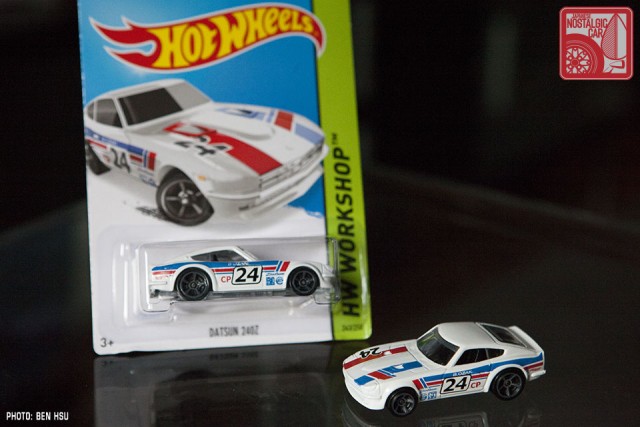 We are very proud to announce the latest Hot Wheels car to have the JNC inkan. The Datsun 240Z will soon be available in its second color this year, white with red and blue stripes, gunmetal wheels and gray interior. 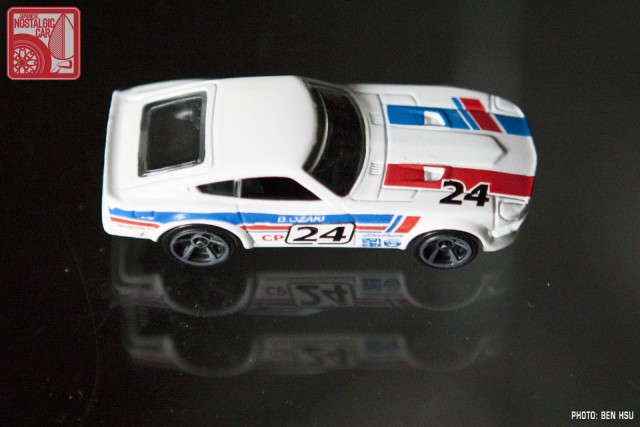 It’s been busy recently for fans of diecast Nissan sports cars whose full-scale counterparts were offered with 2.4L engines in the US while their Japanese counterparts got 2.0L motors. First there was the announcement of the 180SX was welcomed by drift-happy fans of the S13 chassis. Next there was the mad scramble for the sold-out-in-six-minutes BRE 240Z. Now there’s this. 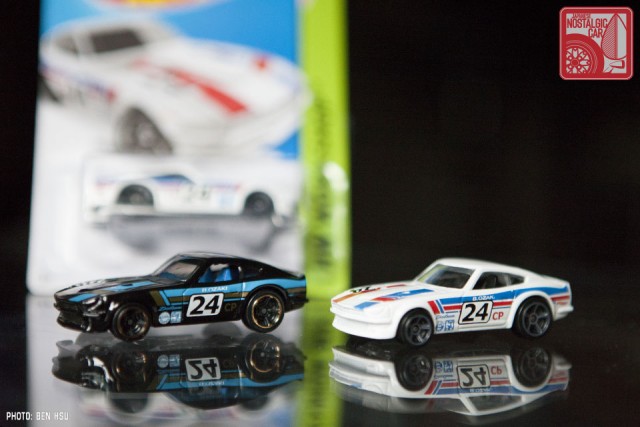 Die-hard collectors will recognize this graphic scheme as the same as the black, blue and gold 240Z from earlier this year. Like the black one, the white car will be part of the 2015 main line and available at any retail store for about a buck. 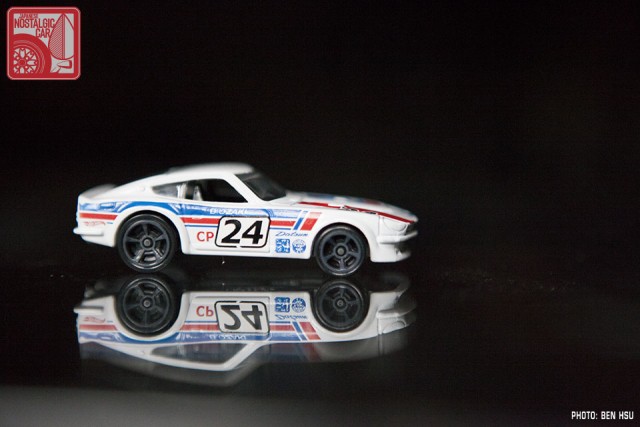 The Hot Wheels Datsun 240Z was designed by Phil Riehlman and has been part of the lineup since 2006. It has now worn 14 colorways, but we are very, very happy with the latest version. It evokes the nostalgic liveries of great Datsun race teams such as Brock Racing Enterprises, Bob Sharp Racing, and Electramotive Engineering, all of which used some combination of red, white and blue. We dare say this is our favorite Hot Wheels 240Z yet. 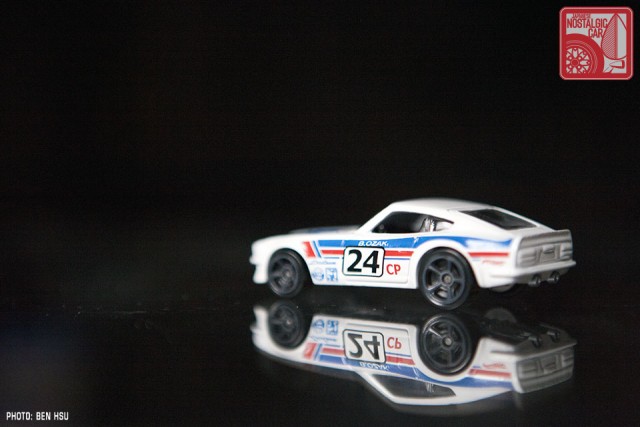 Mattel shipped us the first run from the factory last week. Going by previous timelines, the white 240Z should be out in stores in a couple months. And in case you were collecting all the Hot Wheels with the JNC inkan, here is a checklist: