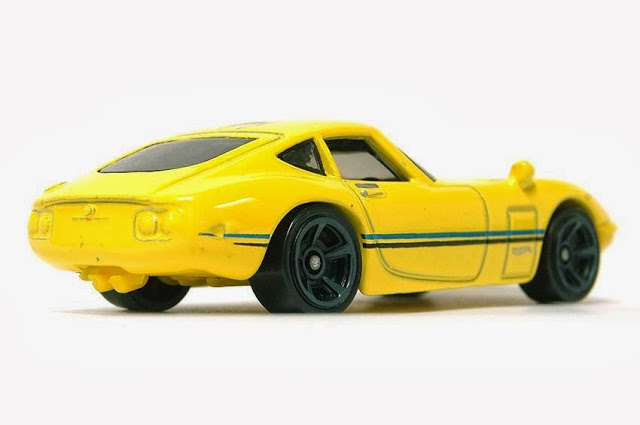 Last year Hot Wheels graced us with the Toyota 2000GT, a car JNC readers have been clamoring for ever since the first hints of Mattel venturing into the world of nostalgics. For 2014 two re-colors of the million dollar baby have been released, including a gorgeous yellow example.

The black car was released at the tail end of 2013 and can still be found in stores. The yellow example was just leaked by The Lamley Group — meaning a likely shelf date at the end the first quarter — and features heritage cues based on famous cars in the 2000GT’s history. 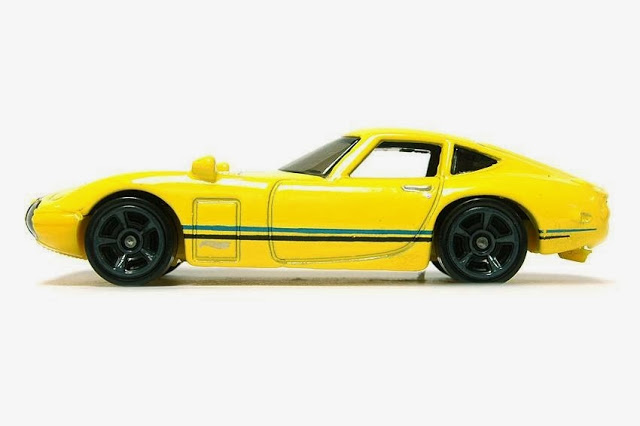 Paired with green and black stripes, it evokes the colors of the record-breaking 1966 Yatabe Speed Trial prototype, with which Toyota broke 16 international world speed records in the midst of a historic downpour. 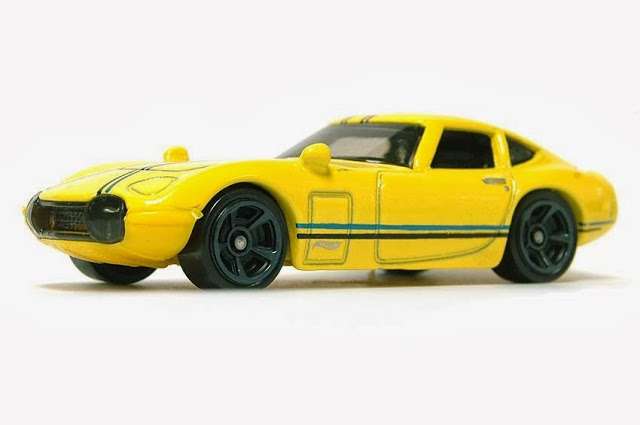 The stripe pattern itself, on the other hand, are a close callback to the 1967 24 hrs of Fuji winner (though that car was white with red stripes). All-gray 5-spoke wheels lend a certain modified street car look to the model, perhaps an homage to the star of the seminal 1972 movie Hairpin Circus.

Overall, it’s a great model that brings to mind some of the most significant 2000GTs in Toyota’s history. Collectors will surely be itching to snap it up.

Images courtesy of The Lamley Group.