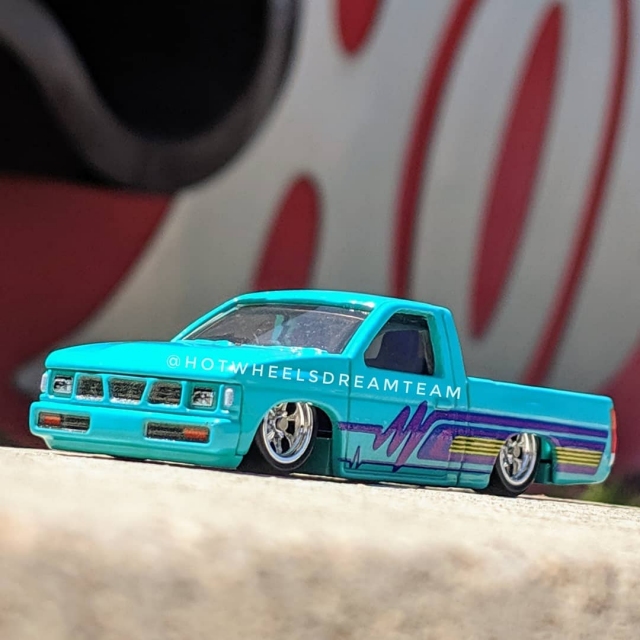 Hot Wheels has definitely been on a roll these days, with lots of Skylines, Hondas, and assorted Japanese-market goodness. The latest release, however, covers a styling trend in which Japanese vehicles were extremely popular, but had uniquely American origins: the minitruck. Specifically, it’s a 1993 Nissan Hardbody. 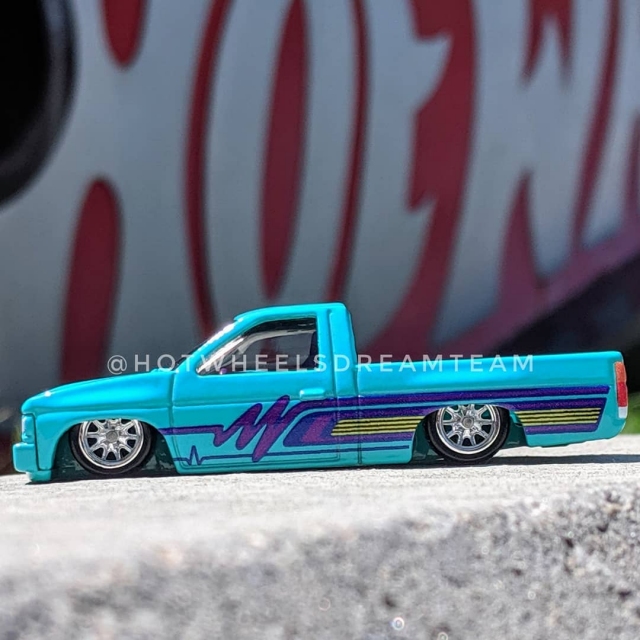 The D21 comes from veteran Hot Wheels designer Mark Jones, who has been with Mattel for over 30 years. Before that, he worked at American Honda designing motorcycles and owned a Datsun 510 with in period with an Interpart Mulholland kit.

During his career at Hot Wheels, he’s been responsible for countless cars, including the Mazda RX-3, 787B, bug-eye Subaru Impreza WRX, Nissan Skyline Japan, EP Honda Civic Si, concepts such as the Toyota RSC and Acura HSC, as well as the Pikes Peak Celica and Tacoma (of which he even worked on the graphics of the real race car). Of course, his work also extends into non-Japanese favorites like the ’63 T-Bird, Dodge Viper GTS-R Concept, ’65 Corvette convertible, Ferrari 512, and many, many more. 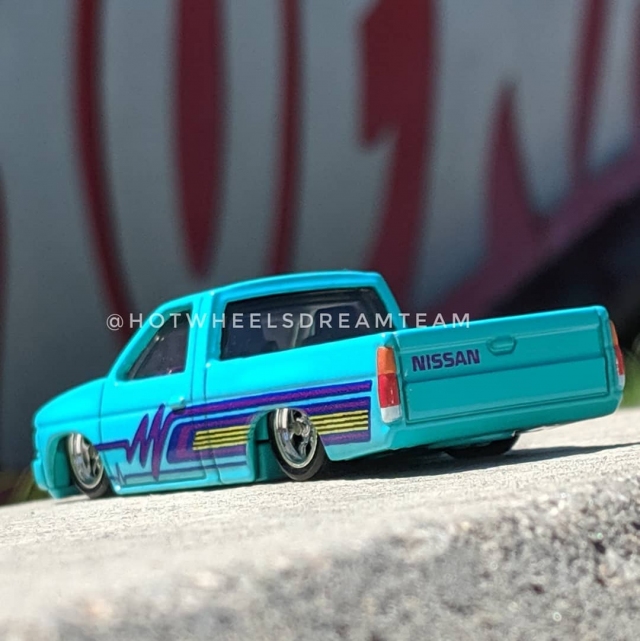 We spoke with Mark about how the idea of the very cool D21 Hardbody came about. “I had been wondering if the Hardbody might be the next 620,” Mark explains. “Then one day sitting in [Jun Imai’s] office, he mentioned that he thought we needed a minitruck to round out an upcoming mix, so I suggested the Hardbody.” This should give you an idea of how long the lead time is between idea and execution with some of these Hot Wheels castings, as Jun left the company in May 2018.

The details of the truck are fantastic, with the D21’s distinctive grille and headlights, as Mark calls it, “Hot Wheels-ized” into miniature form. The subtle fender flares, tucked wheels, and offset 80s “Nissan” logo are all wonderfully translated. Lastly, graphics master Steve Vandervate finished it in the brilliant turquoise paint with “heartbeat” graphic.

As it happens, this isn’t Mark’s only encounter with a Hardboy. “Funny, I almost forgot that I owned one for a while,” Mark told us. “It was my wife’s daily driver. I was sad to see it go.” Luckily, Mark has immortalized it in diecast form.