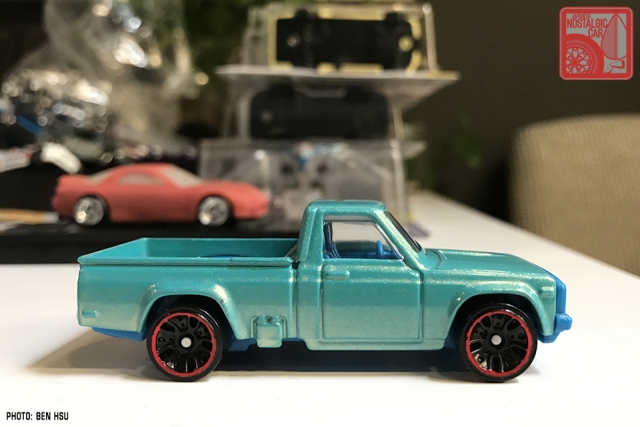 Yesterday we stopped by El Segundo to catch up with our friends at the Hot Wheels Design Center. We can’t report on everything that happened — though JNCers will have to hold on to their butts in 2018 — but here are a couple of sneak peaks we can share. 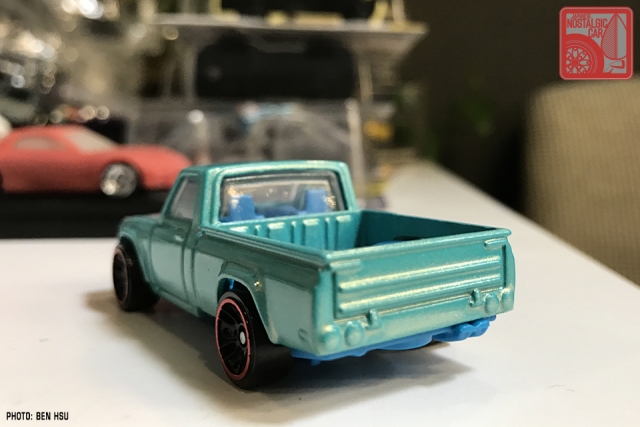 First, the Mazda REPU is making fantastic progress. When we last saw it, the prototype consisted of individual 3D-printed pieces. Now, it has advanced to the stages of having an actual diecast body and plastic chassis and interior. This has allowed the shape to become better defined, and you can se the detail in the back wall of the cab, the door lines, and latches of the tailgate. 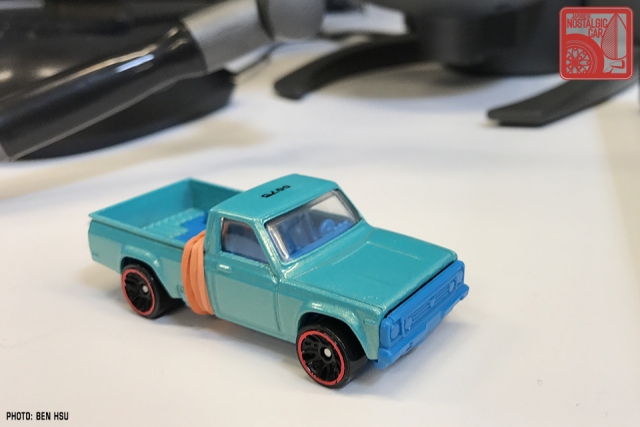 It’s important to know that these are still prototypes, so nothing is final. The wheels may be different in production, and the color isn’t the right one. Though it looks like a very nice shade of Mazda’s Crystal Blue Metallic, it’s not the final color.

By the way, these photos were taken at the desks of Ryu Asada and Jun Imai. You can see Ryu’s 3D sculpting tools in the background. 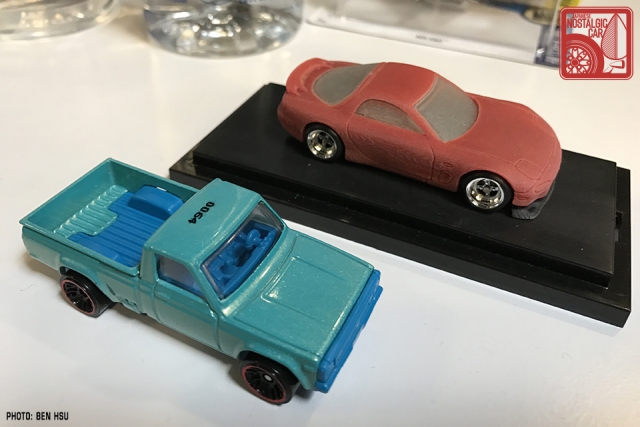 Also making progress is the Mazda RX-7 FD3S. Last time we saw it, the rotary icon was still a solid chunk of 3D-printed material. It’s still in the 3D-printed states, but it has evolved into a multi-piece prototype, with base, windows and interior. 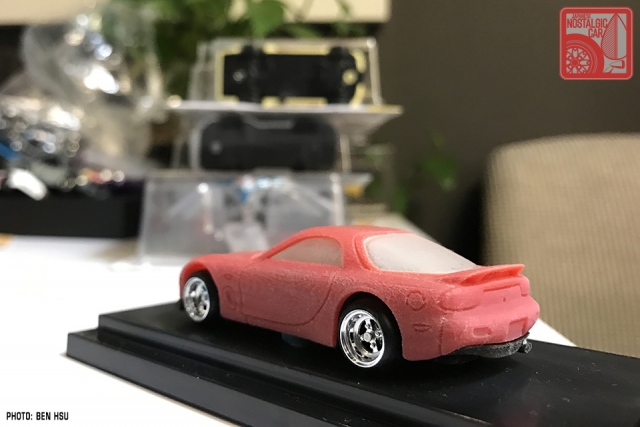 You can see in this version that more detail has ben added, like a fuel filler cap and side marker lights. The vent in the fender has also been refined. 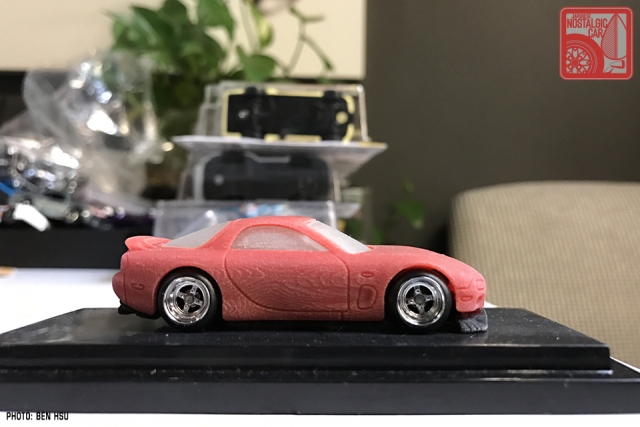 Again, it’s important to note that the wheels are not necessarily going to appear on the production version. These 4-spokes are just Jun having a little fun with the design, but we think they look great and hope they do find their way to production on one version or another. 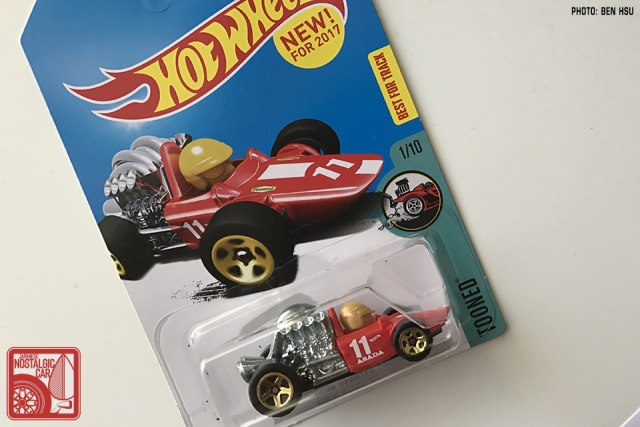 Lastly, Ryu shared with us a new kid-oriented design called the Head Starter. It has exaggerated proportions and a driver’s head that actually moves around like a bobble head.We know kid-friendly designs may not be as sought after by collectors as the realistic castings, but at the end of the day, Hot Wheels are a kid’s toy.  However, we think this one will be of interest to JNC readers as well.

Notice the general body shape, tangle of exhaust pipes, the number 11, and a familiar font that spells out a 5-letter Japanese surname. Given Ryu’s love for Hondas and superdeformed cars, it appears we might have an homage to a particular history-making Formula One racer.

11 Responses to MINICARS: A brief update on upcoming Hot Wheels