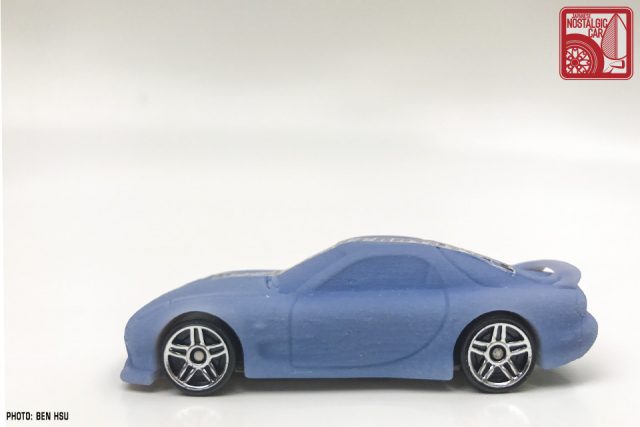 Unveiled at the JNC booth last Sunday was a one-two punch of miniature Mazda magnificence. First came the cult classic Rotary Engine Pick-Up, but this next casting needs no introduction. The unmistakable profile belongs to none other than the FD3S Mazda RX-7. 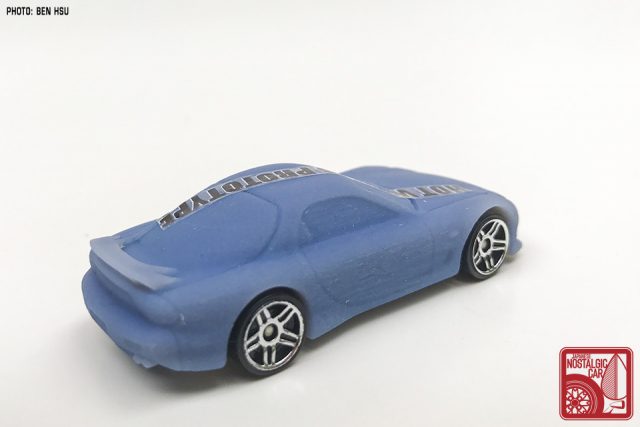 At last, we have a shining example of the ultimate rotary sports car. For 13 years, fans of the third-gen RX-7 have had to make do with a heavily modified unlicensed alternative called the 24/Seven. However, the new casting, designed by the esteemed Jun Imai, hews faithfully to the gorgeous lines originally bestowed upon the car by Mazda. 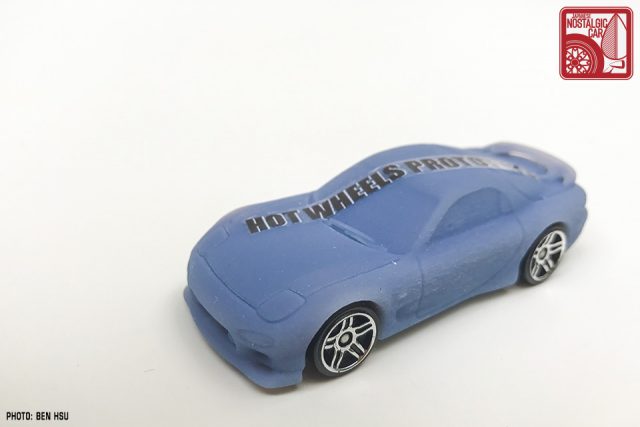 Each curve is captured, from its shapely fenders to its sweeping rear hatch, and recreated artfully in 1:64 scale. Even the thin spoiler is rendered perfectly despite its complex shape. 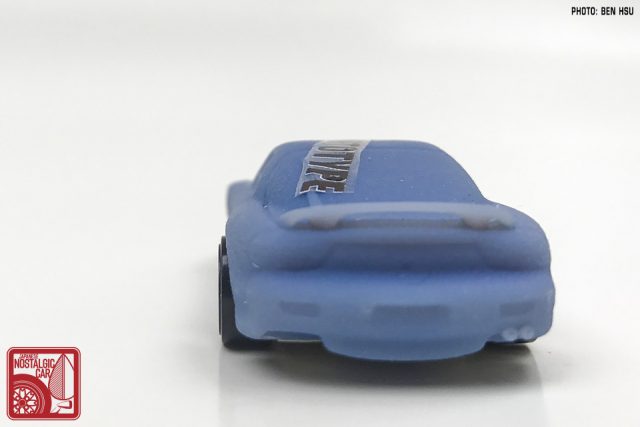 The example shown is even earlier in the development stage than the REPU. The majority of it is basically one solid 3D-printed piece, not yet split into a body, interior, windows, and chassis. There’s still work to be done, but it already looks phenomenal. 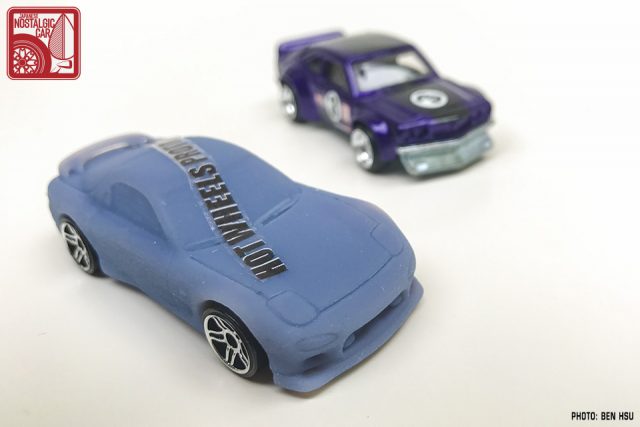 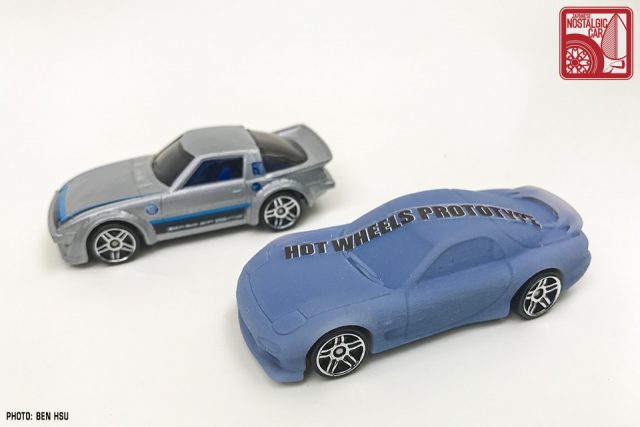 We are thrilled to welcome the Hiroshima contingent to its rightful place alongside other recent castings of 90s Japanese icons like the JZA80 Supra and Acura NSX. The FD RX-7 joins the Hot Wheels basic line in 2017.