Posted on November 1, 2019 by Ricky Silverio 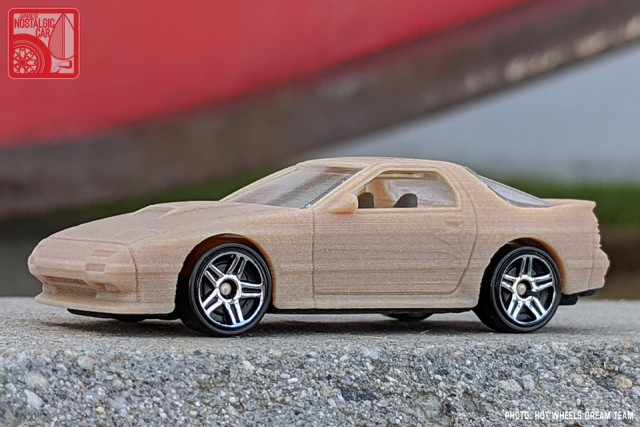 Hot Wheels is on an absolute roll these days, and here’s the latest proof of that. They have shared with us an exclusive sneak peek of an upcoming casting that’s sure to excite Mazdafarians, fans of 80s sporting machines, and Japanese car enthusiasts — the second-generation Mazda RX-7. 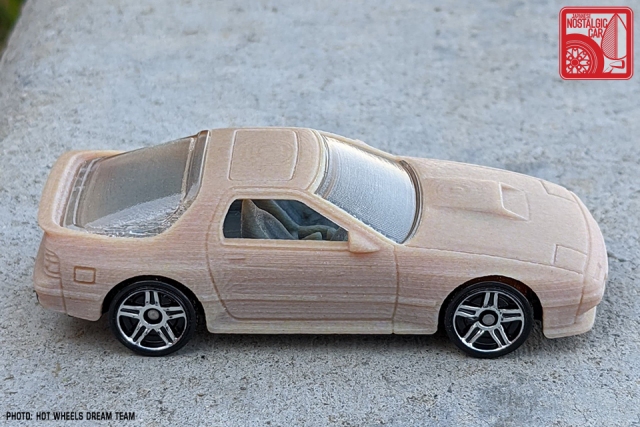 Known by its chassis code FC3S, the second-gen RX-7 has been a favorite among drivers, racers, and tuners. More specifically, this is s a RHD Japanese version called the Savanna RX-7. 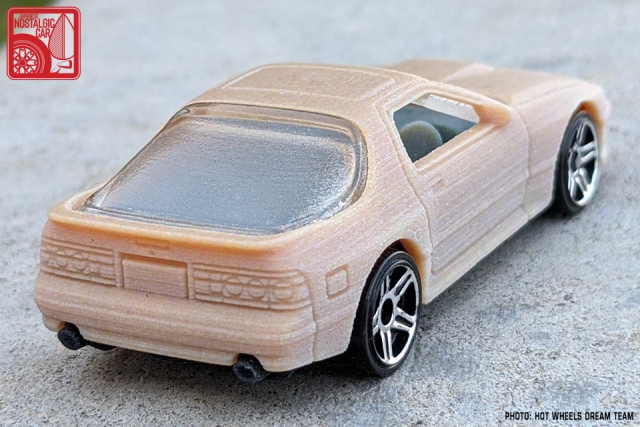 Even more specifically, it is what has been come to known among RX-7 enthusiasts as a Series 5, or S5. Basically, it’s an FC3S facelift, which includes features like a more aggressive front fascia, a revised interior, mechanical changes under the hood (with a lot more horsepower), and the distinctive round taillights hidden behind rectangular lenses. 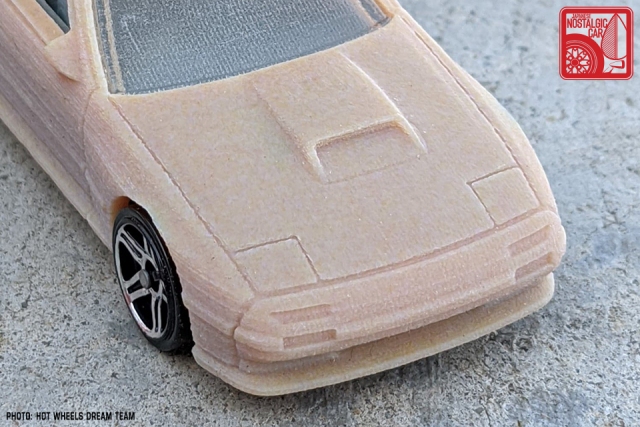 Appropriately, this is also a turbocharged model, as denoted by the hood scoop feeding air into a top-mounted intercooler sitting above the 13B rotary. A closeup of the nose reveals a myriad of amazing details, including cutouts for all the front lighting, panel gap lines, and ridges and valleys in the bodywork. 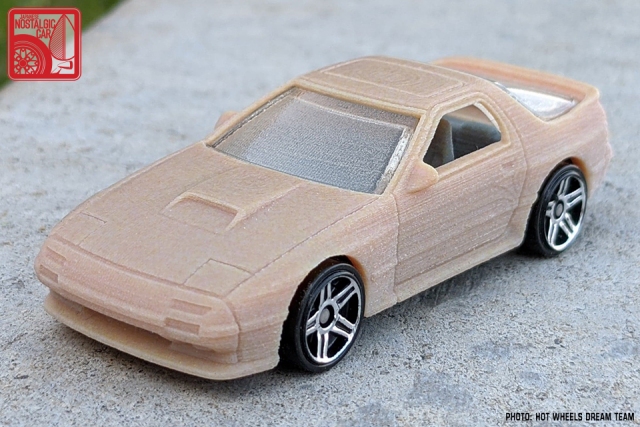 This casting was the work of Ryu Asada, and the details in the body shows his expert design skills. It’s not easy to translate a real car into 1:64 scale and still retain this level of detail, and to have it show through on a 3D-printed prototype. Ryu’s trademark wheel-to-fender opening ratio is well done within the parameters of Hot Wheels’ standard wheel sizing, especially on the FC3S where the blistered fenders are a strong characteristic of the body.

Additionally, Ryu says there was a significant amount of engineering work that had to be done to this car, simply because of the limitations of the mold cutting tool. 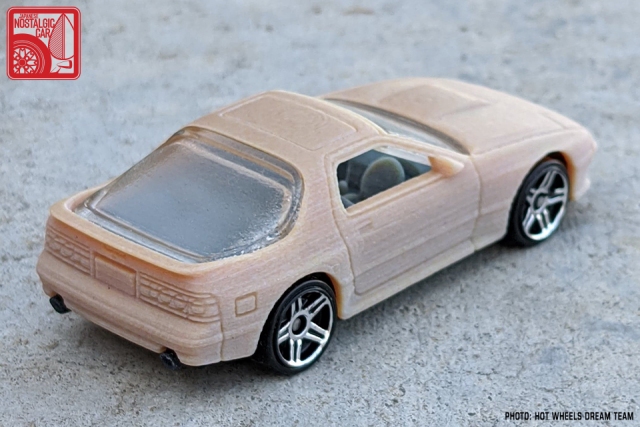 Furthermore, the interior has appropriate period racing buckets and harnesses. Being a JDM version, it has rear seats, a required at the time from both a cultural and insurance standpoint. 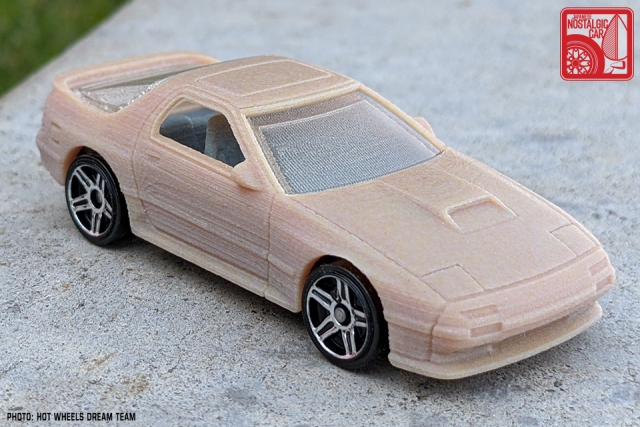 The car is an extremely faithful representation of the FC3S in period tune. Because it has the rear seat, it’s not a high sports spec Infini model. However, it has all the the Infini details spot on. The front lip spoiler is a bit more aggressive than stock, recalling the Turbo II with optional factory body kit’s similar lip, as well as very subtle side skirts. It also has aero type mirrors, one of the somewhat few Hot Wheels cars that does have side mirrors at all. 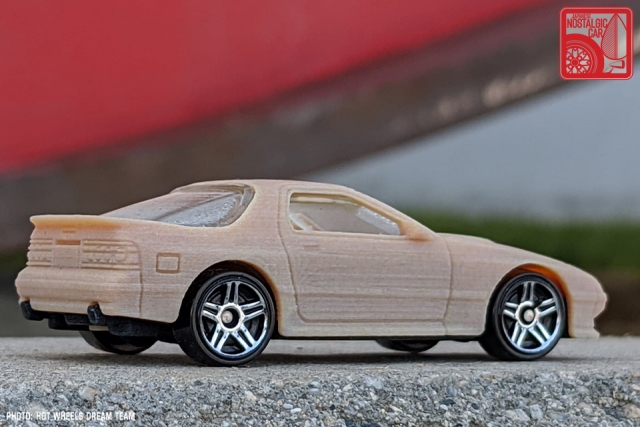 The Savanna RX-7 is a 2020 model and will appear in the mainline. Right now, final colors haven’t been decided, but Ryu thinks red would be a good first choice. However, given the popularity of the car, we wouldn’t be surprised if it showed up as a premium casting with metal base and rubber wheels in 2021 or so.