In what is certain to be one of the most earth-shattering bits of diecast news this year, Hot Wheels has revealed that it will be making an EG Honda Civic. Hondas have been the logical go-to for attainable classics as of late, and there has been a strong resurgence in its popularity. We’ve been very pleased with the presence of the EF Civic in the lineup since 2014, but while it was popular in its day, the in terms of tuner culture the EG was ground zero. 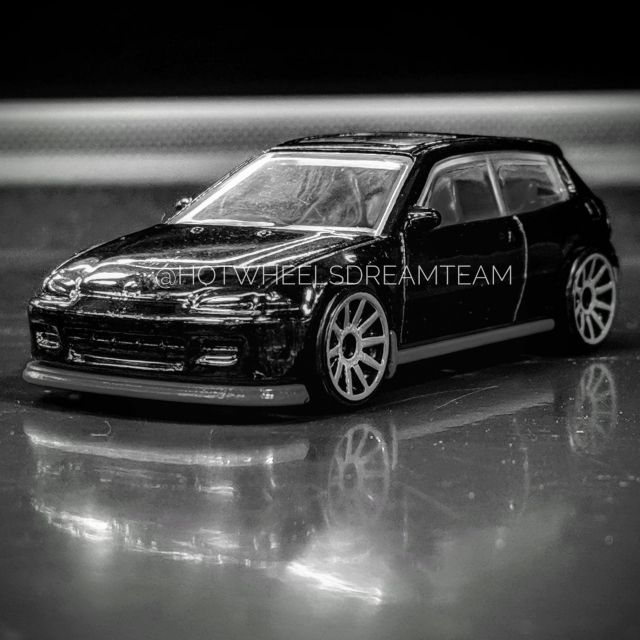 Designed by Hot Wheels’ resident Honda head Ryu Asada, the EG was revealed initially on the Hot Wheels Dream Team Instagram account. It has been translated to 1:64 scale with Asada’s excellent sense of proportion, its unmistakable greenhouse and sleek profile perfectly represented.

According to Ryu himself, the car shown in these photos is merely a prototype. The 10-spokes are for test-fitting, and when it is ultimately released it will sport different wheels. An EG hatch with mud flaps and rare 15-inch wheels was the iconic look for this car, finishing off the look and scraping on the pavement. It’s brilliant how Ryu incorporated the flaps into the base and nailed the look perfectly. The casting looks great from any angle, and is sure to be a model that goes thermo-nuclear when it hits the shelves.