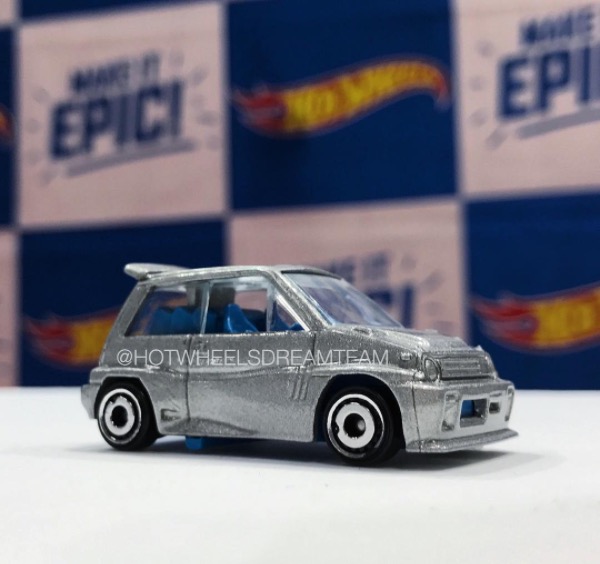 Our friend Jun Imai is in Japan for the Tokyo Toy Show right now, and brought along some new goodies to reveal at the event. Both are turbocharged JDM cars from the 80s that were never sold in the States. The first is the estimable hot hatch, the Honda City. With new small aero-style wheels and an boxy body kit, it epitomizes Soichiro’s bulldog. The second is a slightly more traditional model in the modern Imai Era of Hot Wheels. 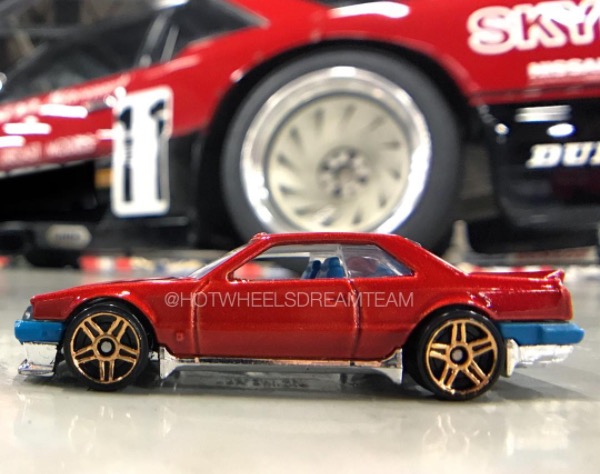 It’s the DR30 Nissan Skyline! Both were designed by Mattel’s resident Honda-head, Ryu Asada. While Skylines and Nissans are typically Jun Imai’s territory, as we’ve mentioned before Ryu is a big fan of the DR30 specifically, as one of his childhood friends growing up is a major Seibu Keisatsu fan. We took a tour with him in Osaka a few years back. With the recently revealed Hakosuka wagon designed by Jun, the future of Hot Wheels JNCs is looking bright indeed.