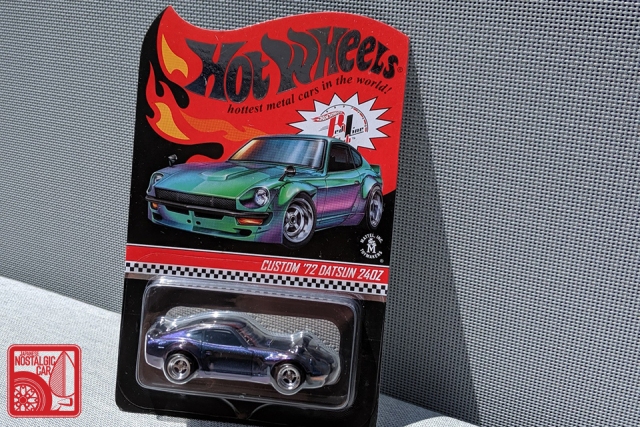 Hot Wheels is about to introduce a new type of paint. Chameleon, which transitions from purple to green depending on the angle of light shined onto it, has been around in the full-size car scene for a while now, but this Custom 1972 Datsun 240Z will mark its first use on a Hot Wheels car. 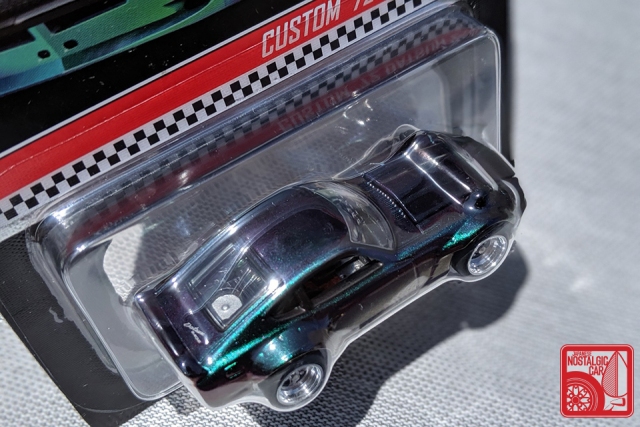 The so-called color-shifting pigment’s popularization in the Japanese tuning world came about when Japan’s Nippon Paint used the pigment in automotive paints branded as Maziora (which was a portmanteau of “magic aurora”). 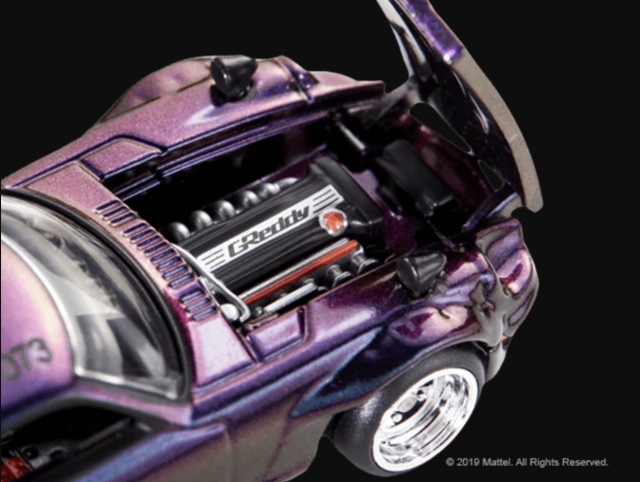 And it’s not just any 240Z (Hot Wheels has made four S30 Z models). The casting is based on Sung Kang’s Fugu Z, and has a GReddy-built RB26 under the hood replicated in exacting detail. To show off the engine, this premium edition has an opening hood. It also comes with classic 4-spoke racing wheels á la SSR MkII wrapped in rubber racing slicks. 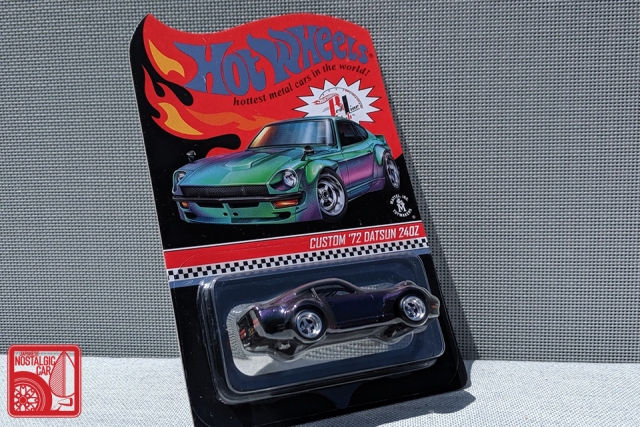 The car will be available exclusively to members of Hot Wheels’ Red Line Club, which offers special models for collectors. The car will retail for $19.99 plus shipping when it goes on sale on the morning of Tuesday, August 20, at 9:00 am Pacific Time. We have discussed before how to become a member of the Red Line Club, and it is because of cars like this that we renew our membership year after year.