Posted on February 6, 2020 by Ricky Silverio 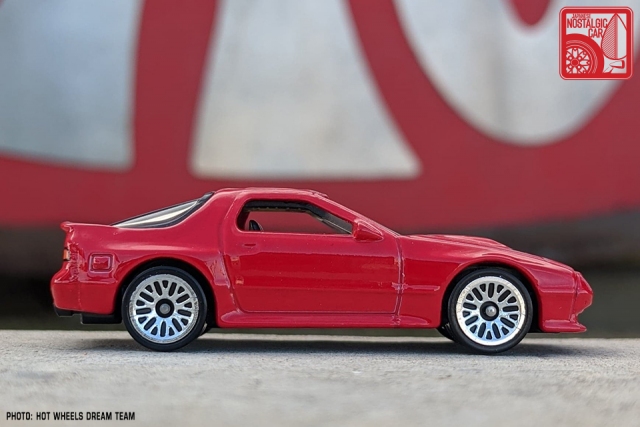 A few months go we showed you an early prototype for one of the most exciting Hot Wheels releases for this year, Mazda’s second-generation turbo rotary flagship. According to our friends at Mattel, the official name will be ’89 Mazda Savanna RX-7 FC3S. Now, we have several photos of an early test shot in addition to those released on the Hot Wheels Dream Team Instagram account. 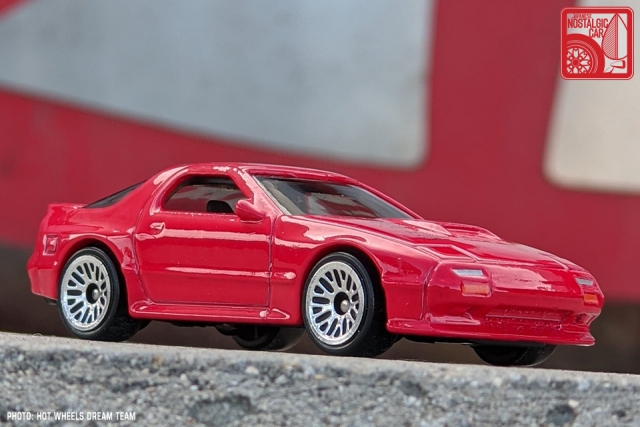 The test shot is another form of prototype, made from metal, unlike the 3D-printed prototype we showed you last November. However, it’s still not the final form, just a step in the back-and-forth between the designers and the factory. In fact, designer Ryu Asada tells us that they have already made adjustments and the release version will look slightly different than the car in these photos. 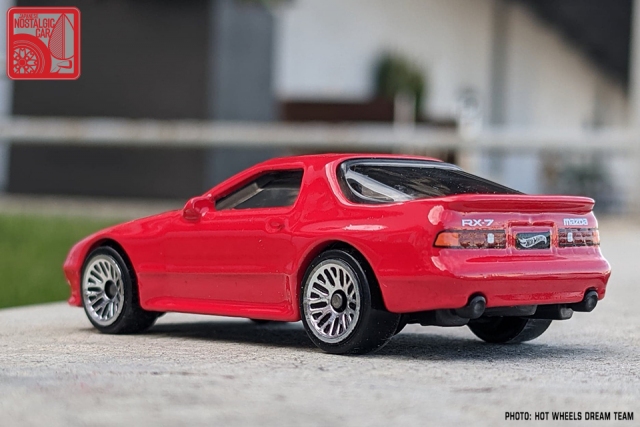 Back in November, we mentioned that the first color would likely be red. Now that has been confirmed, and we can get a pretty good idea of what the color will be. The “lace” type wheels are a good representation of the BBS wheels from the real thing as well. 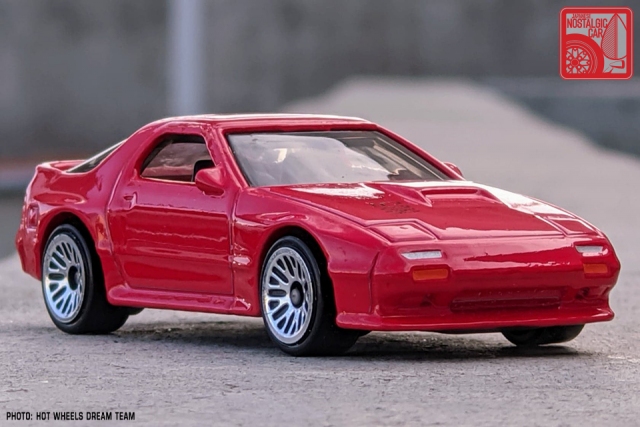 The tremendous details that Ryu put into the design have made it into the test shot in tact. The turbo hood scoop, cut lines, light indentations, and curvature of the sides and flared fenders have all been translated wonderfully. We are looking forward to when this hits the shelves later this year. It’s a great addition to the Hot Wheels 2020 lineup and a great way to celebrate Mazda’s 100th anniversary. 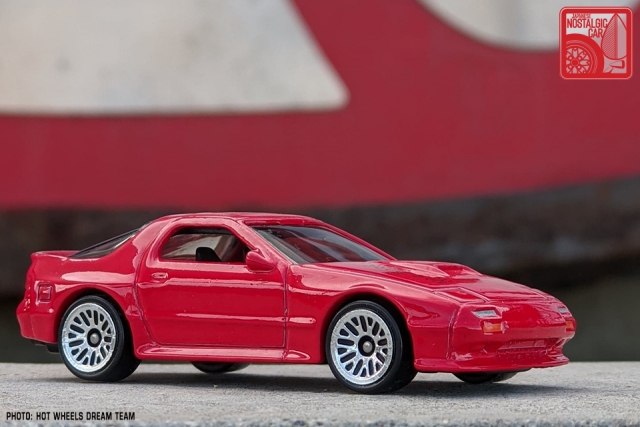 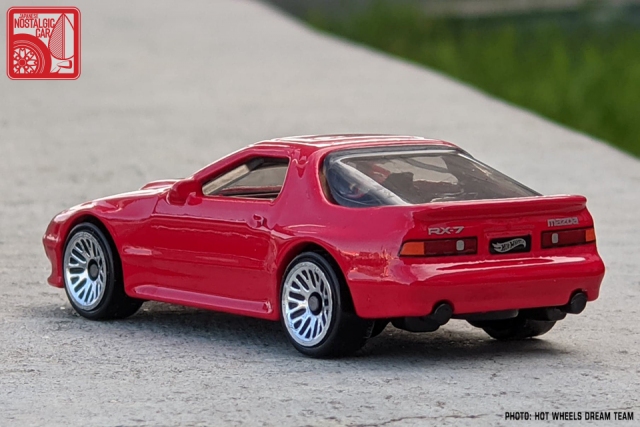