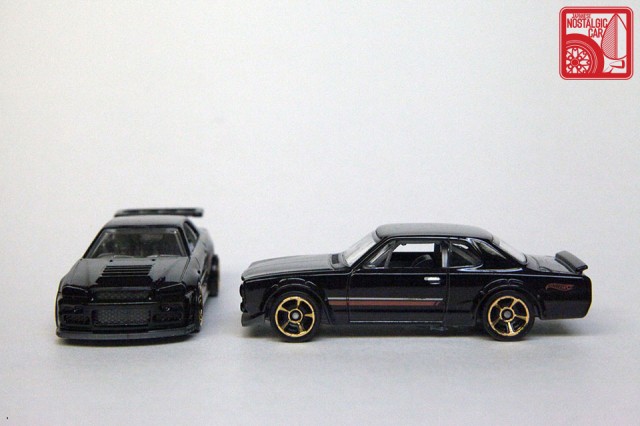 Can’t find any J-tin on the pegs? You must live in California. However the consensus from other parts of the country seems that miniature Nihon steel is getting hard to find in those areas too. Much like 1968 was a banner year for traditional Hot Wheels collectors, 2014 is turning out to be the most Japanese year in Hot Wheels history.

As Jun Imai told us in confidence back in 2012, 2014 will be a momentous year for Japanese Hot Wheels. He has surely kept his word and then some. He said that at least one or two Japanese cars will be included in almost every segment, from mainline to premium segments. “Heavy in the mainline,” are words I kept in my head to this day.

There have already been many great releases, including some JNC inkan stamped cars, but this article will focus on the 2014 releases. 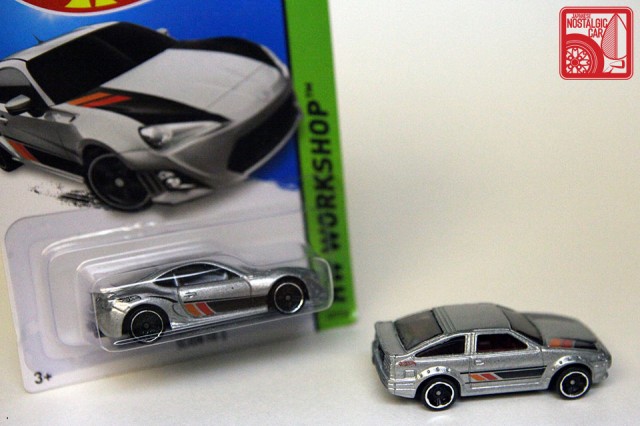 For decades now, whenever Mattel did anything retro it was always geared towards muscle cars and hot rods. Last year Hot Wheels introduced the Then & Now series, which painted a car from the seventies with the same livery as its modern counterpart. Not surprisingly, it was a smorgasbord of Mopars and Mustangs.

For 2014, however, there have been two pairs of Japanese cars added to the series. First up, the Toyota AE86 Corolla and its successor, the Scion FR-S, both finished in colors reminiscent of the TRD N2 race livery. 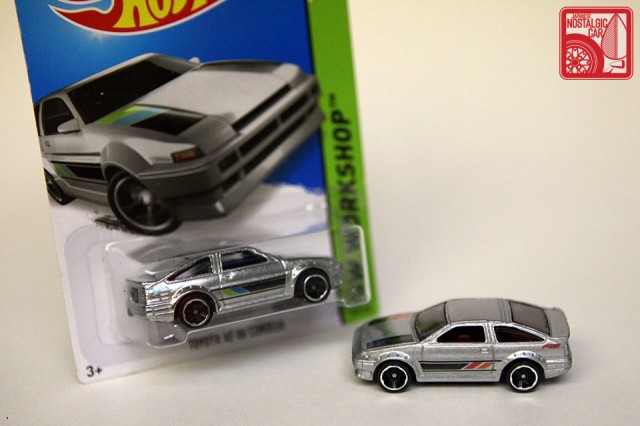 But wait, there’s more. Each car also has an extremely hard to find  zamac counterpart, available at Wal-Mart stores only. These offer the same graphic pattern, but are finished in bare metal. The zamac Scion is just hitting Wal-Mart shelves now.

The second duo of Then & Now cars consists of the R34 Nissan Skyline GT-R paired with a 1970 hakosuka, an absolutely perfect choice as it bookends the history of the Skyline GT-R model.  The pair will likely serve as an education for many Hot Wheels collectors, who “didn’t even know they were making Nissans back then.” 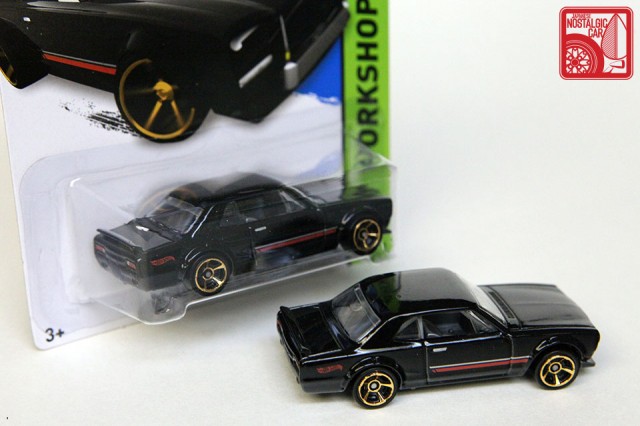 What’s more, there are two variations of the hakosuka, one with a roll cage and one without. This is the casting’s first appearance in the main line since the original touring car liveried one with the JNC inkan. 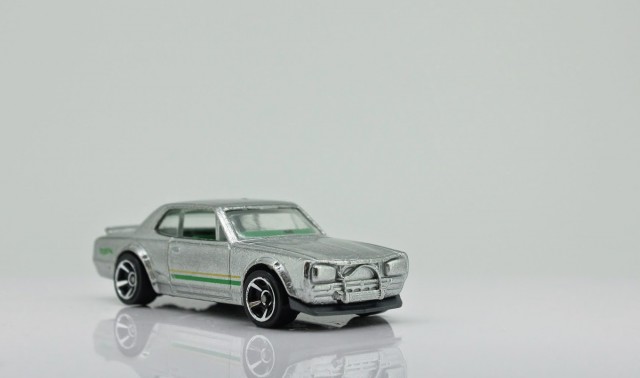 To complicate things further, a zamac hakosuka will soon be out (again, all zamac cars are Wal-Mart exclusives), but whether an R34 will follow is unknown.

One of the most anticipated new castings for 2014 has been the EF Honda Civic hatchback, this one designed by Mattel’s Ryu Asada, formerly of Matchbox. The red version was released earlier this year, but now an absolutely stunning teal version has emerged to accompany it. 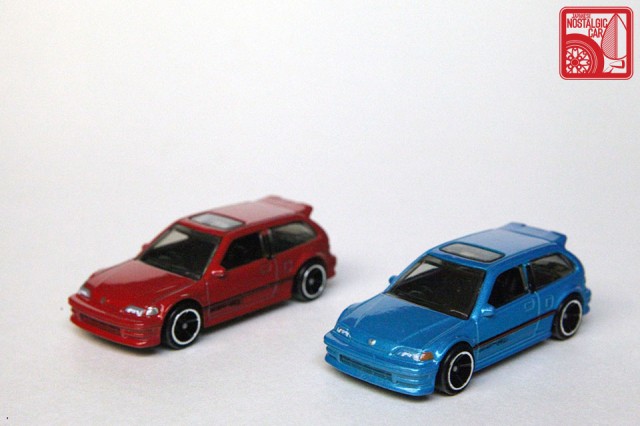 Not only is the teal color gorgeous and absolutely period correct for the era, it reveals a red stripe found on the JDM SiR. Also, note that the side marker lights on the teal version are amber, a la Vision aftermarket. The teal version is available everywhere right now, so go get ’em! 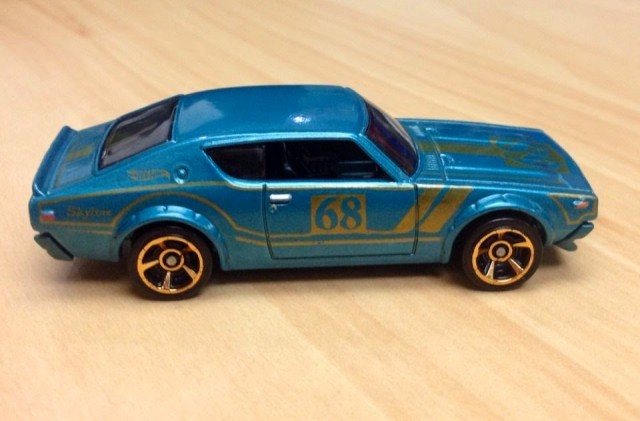 And finally, the Lamley Group has leaked the upcoming kenmeri Skyline GT-R, done in a stupendous gold-on-dark green livery reminiscent of the 1972 Tokyo Motor Show race car. Instead of the “73” on the door, however, this one gets a “68,” the year Hot Wheels was born.

We know this a lot of these are incredibly difficult to find. Only you, dear reader, can help us fight the hype the speculators and resellers practice by beating them to the pegs. Snap them all up even if you only want one or two. Trade the extras with your fellow JNCers. If you absolutely have to sell them, sell them for cost to a fellow JNC enthusiast. Good Hot Wheels karma goes a long way.

To help, we’ve created this handy checklist for those of you collecting the Japanese cars. These are for the 2014 year thus far, and keep in mind we’re only in June. Happy hunting!

Some photos courtesy of The Lamley Group.

22 Responses to MINICARS: Get these 2014 Hot Wheels right now